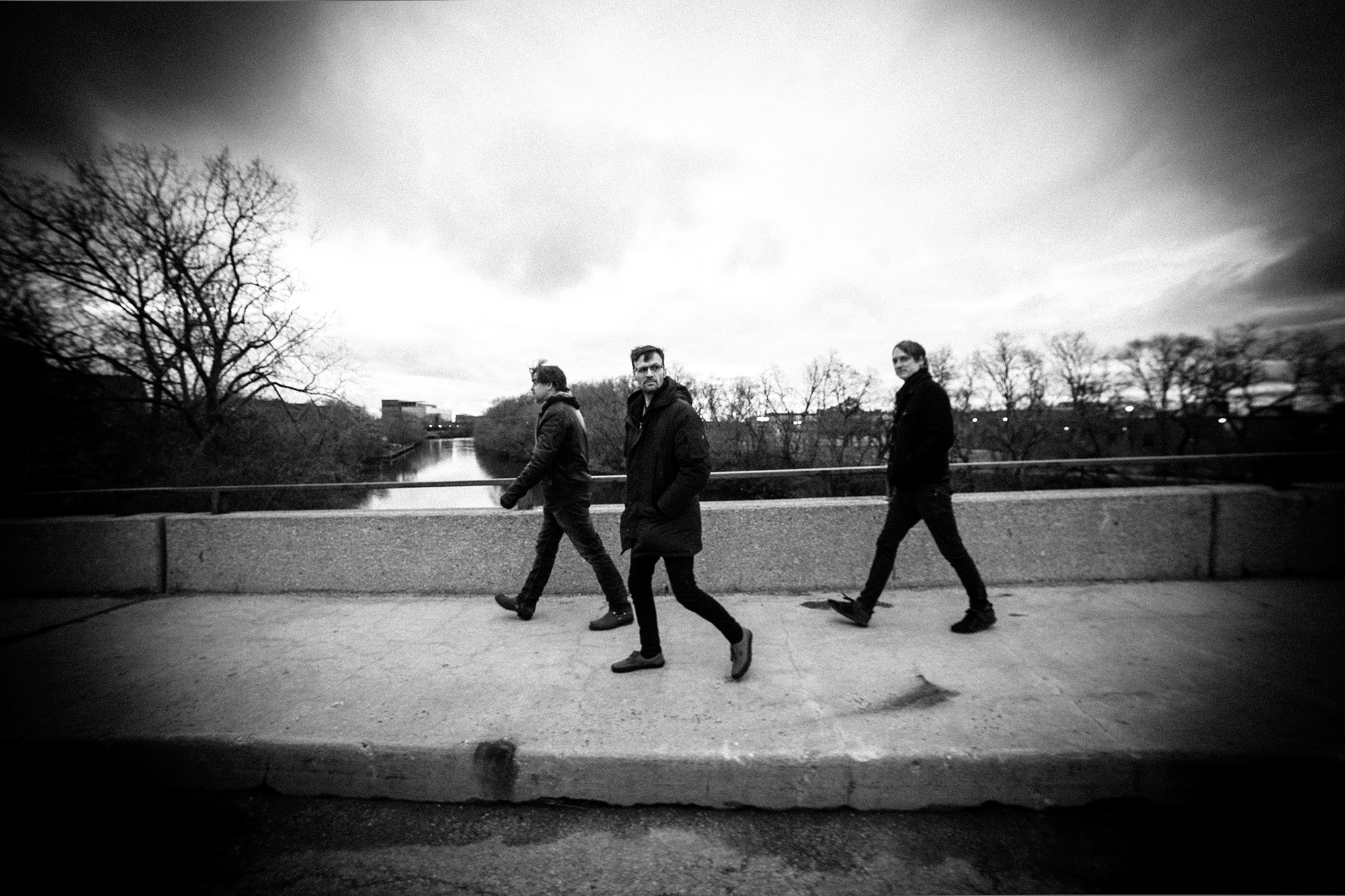 It goes without saying that 2020 was a bit of a nightmare for anyone who had even the tiniest plans. Chicago’s The Poison Arrows are all too aware of how quickly plans can be brought to a halt: despite spending the first half of the year preparing for the release of their fourth album, the pandemic stopped the three-piece in their tracks, sending them into hibernation – literally for guitarist/keyboardist/vocalist Justin Sinkovich, who found himself snowed in at his home, with time on his hands to root through the band’s unreleased archives!

Thankfully, nothing lasts forever. The three-piece have emerged from their various hideouts to reconnect, with the delayed album due to be released and toured in 2022. Before the release of the album, The Poison Arrows have announced the release of a 5-track EP consisting of a number of remixes, as well as a brand new track. Today, Everything Is Noise have the privilege of premiering the title track off I Can’t Quite Get Organized right here:

The aforementioned snow storm that left Justin Sinkovich trapped in his own home left him rooting through old hard drives, finding an old demo of an unreleased track that he felt was worth working on. We are glad he did, because “I Can’t Quite Get Organized” was indeed well worth finding. An arpeggiated keyboard drives the song from the outset, before industrial-like drums and an ominously dirty, meandering bass line take over. There is a clear edge to the track throughout, the tension built by the three-piece sure to make listeners feel a little uneasy. This is unsurprising when reading the story behind the track, as outlined by Sinkovich:

‘The title “I Can’t Quite Get Organized” and the lyrics came from an overwhelming sense of anxiety and chaos stemming from the snow mixed with already being stuck at home during the Covid lockdown, and trying to control and organize a world that was in disorder. That period of time was the closest I got to my breaking point, so I decided to memorialize it with this song.‘

Sinkovich’s vocals perfectly illustrate this period of anxiety, with a certain rasp in the delivery of the line ‘I could talk about this shit all day’. You get the sense he means every word. Adam Reach and Patrick Morris really add to the tension of the track with their frantic rhythmic backing. You get the feeling that this track is one they worked on for months, spending countless hours working together to ensure they are in sync. However, this is far from the truth, as Reach explains:

‘Patrick and I improvised a few things during our initial run through, but it wasn’t as if we’d spent days or weeks on the song. It was meant to be very loose by the very nature of the fact that we’d only heard the loop a day or two previous to recording drums and bass guitar.‘

The improvised and experimental nature of the writing process makes this track all the more impressive and builds anticipation for what is to come with the release of the band’s delayed album.

With The Poison Arrows promising to be busy over the next year, make sure you keep up to date by checking out their official website and Facebook pages and pre-order the upcoming EP (and check out the rest of the band’s excellent discography) via their Bandcamp .