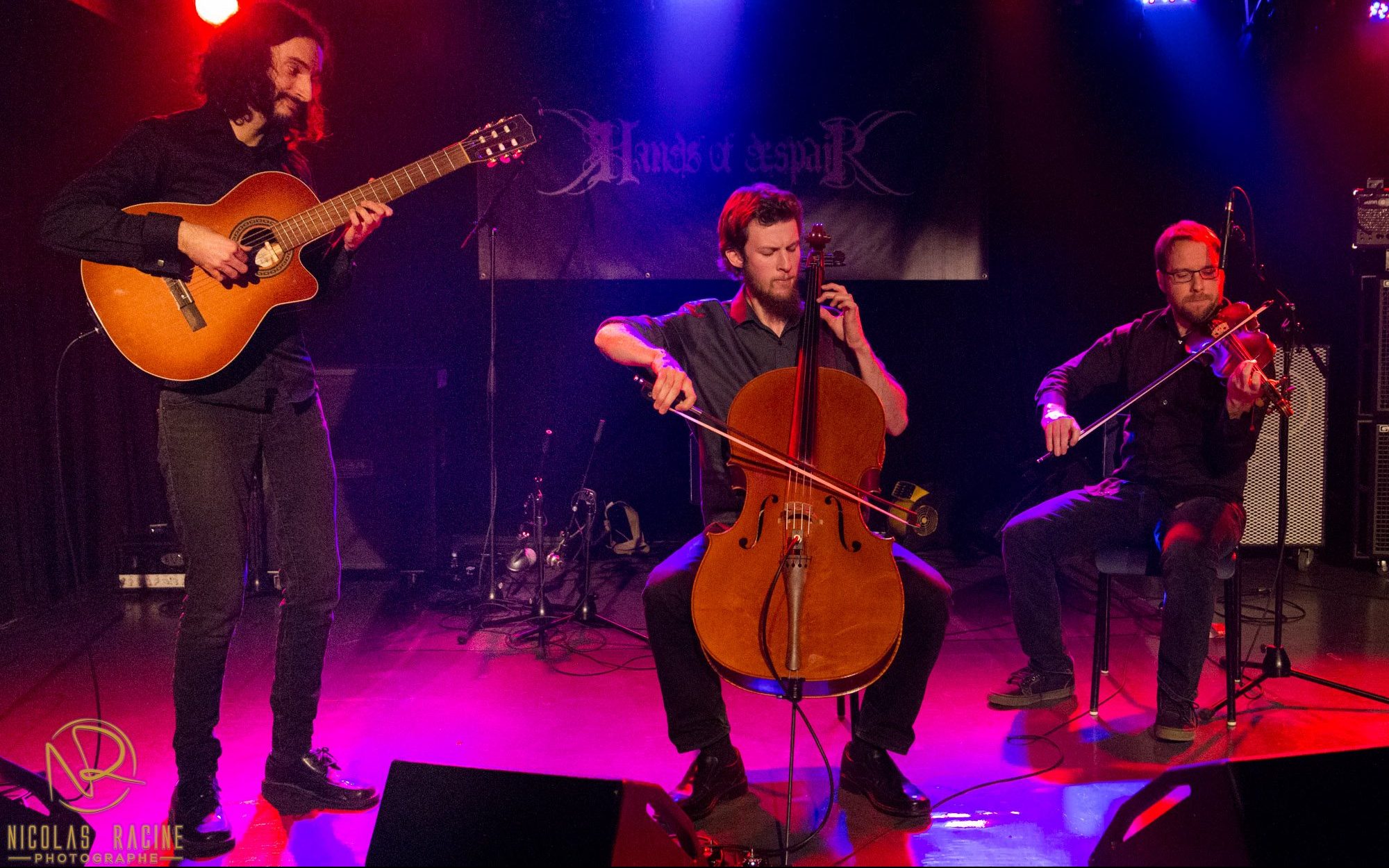 When contemplating music that can allow you to fall into a trance and become completely lost within a totally new world filled with melodically instilled beauty and powerfully vivid sonic landscapes, Musk Ox certainly hits the mark. Whether it be the complex rhythmic passages that borrow from post-black metal-esque artists such as Agalloch or the bright, post-classical-influenced melodies that create deep resonant ambiences, Canada-based trio Musk Ox exhibit a captivating display of instrumental chamber folk which features gorgeous sonic textures, sombre melodic rhythms, and awe-inspiring natural atmospheric tension.

Featuring Nathanael Larochette’s classical guitar melodies, Raphael Weinroth-Browne’s pounding cello, and Evan Runge’s sweet accompanying violin work, the trio ensemble have released three full-length studio albums with their self-titled (2007), Woodfall (2014), and now Inheritance. With the band’s latest album available already to listen on Bandcamp, Musk Ox have wasted little time in exemplifying their musical ingenuity through the sombre tones of “Memoriam”. However, it’s with the band’s second single “Weightless”, released on August 6, that they have developed their atmospheric nature, further delving into a very intimate and idyllic sonic space.

What stands out about this track when compared to the other songs on this album is how it appears to divert somewhat from the otherwise solemn and tense atmospheres of the previous tracks in favor of a more gentile and buoyant sound. The classical guitar passages sweep in, providing some warmth whilst the violin and cello accompaniment encapsulates a hospitable sensation that puts the listener in a sense of comfort and ease as they are lifted into a dream-like realm of atmospheric wholeness. The accompanying video contributes to this idyllic feeling, encompasssing a secluded, yet sincere impression that allows one to gather more intimacy with the artist.

Speaking on the closing track’s optimistic and melodic character, Nathanael Larochette elaborates on the fluidity and softly imbued ambiences that make this track so poised for rounding off the album:

‘Opening with a fluid, melodic rhythm from the classical guitar, the cello and violin soon emerge to paint the sky with some of the most affecting melodies. Following a burst of determined, empowered heaviness, “Weightless” eventually drifts into the vast unknown in much the same way that the album appears, like vapour from the soil beneath our feet.‘

If you, like me, are captivated by the fully inspired and sheer transcendent beauty of Musk Ox’s complex musical abilities, you can follow the neofolk/classical trio over on their Facebook and Instagram pages. Also, if you want to buy any of the band’s music, including their July 9, 2021 release Inheritance, please visit their Bandcamp page for more.