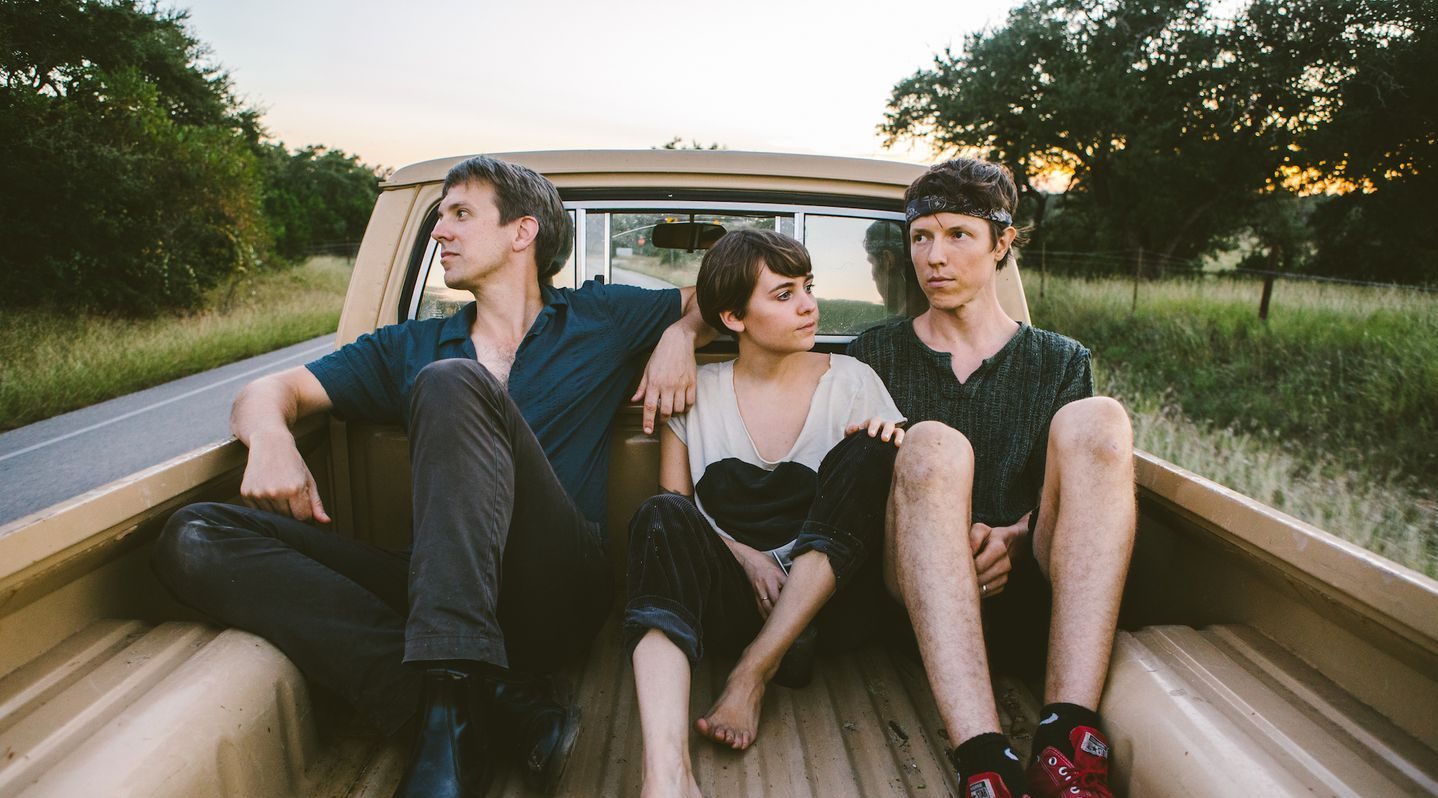 By Carlos Vélez-CancelNovember 21, 2020 No Comments

Genre-defiers LOMA return for a second full-length collaborative effort with Don’t Shy Away, a record that masters the art of layering and cleanses the soul with sonorous urgency.

Great things can sometimes spawn out of the most mundane of circumstances. Such a fate was instilled upon musicians Jonathan Meiburg (Shearwater) and duo Emily Cross and Dan Duszynski (Cross Record), forming what is now known as LOMA, nascent from their mutual passion for delving into new sounds. This same fate struck them once more, manifesting itself as none other than Brian Eno. Yes, this renowned ambient juggernaut took notice of their debut full-length and ended up collaborating with them for this sophomore record, Don’t Shy Away. And just like Eno, LOMA transform familiar soundscapes with sheer elegance and confidence, coalescing with the determination to make themselves known to the realms of alternative music.

Let me just first say, Don’t Shy Away is a perfect gateway for people like me who are not too well-versed in the ambient genre. I would not necessarily call it an easy listen, as these eleven tracks are crafted not to be easily digestible, but to provide room for textural and emotional exploration. Regardless, it is certainly accessible thanks to the stumping bass and drumbeats that otherwise serve as the backbone for rock. All the tracks put you in a thrilling forward motion, while also providing enough space to cherish the layers upon layers upon layers of sounds at arm’s reach. Kind of like a wild, albeit contemplative Disney ride (and just as fun, believe it or not!).

That being said, while brimming with unapologetic demeanor, Don’t Shy Away is piercing, mature, and shows a lot of depth. Take for instance the opening lines of the first track “I Fix My Gaze”:

This theme of redirection and discovery is present throughout the record, further catalyzing the undulating ins and outs of the music, acting as both a display of an array of aural stimuli, and a direct but welcoming guide towards introspection. The vocals are subtle, yet the synths and sound samples integrated are as persuasive as the harsh truths this record tries to make noticeable. These are tracks that are made for you to really dig deep into, and the band makes sure you don’t skip or avoid the sentiments expressed here because, in the end, Don’t Shy Away is a record for inner healing.

Nature is also a prominent character in the lyrics accompanying the record, with the subject of revelation being represented as light particularly standing out for me. This is exemplified on songs such as “Ocotillo” and “Don’t Shy Away”, whilst “Elliptical Days” suggests light as a source of finding inner strength, best illustrated through its infectious chorus. The use of water and stone as symbols are also standout, suggesting a sense of insecurity and frustration from obstacles that inhibit raw expressions, as shown in the aforementioned opening track and the aptly titled “Breaking Waves Like a Stone”.

The dichotomy of stagnancy and liberation is laid out on the record as if each track were a story in itself, and the music supports this by providing a plethora of genres and influences to set the requiring moods. “Ocotillo” brings out vibes only the desert rock scene has been able to execute, while in “Blue Rainbow” the synths and bass are reminiscent of the upbeat somberness found in the dark wave genre. The unhurried motion amidst the eerie tones coming from the strings on the self-titled track reminds me of something doom jazz masters Bohen & der Club of Gore would fancy. Lastly, on the ending track “Homing”, apart from gorgeously closing out the record, one can easily identify Brian Eno’s fingerprints on here by the calming, droning and impressionistic qualities, all condensing into the final and awaited encounter as the track finishes with the mesmerizing line, ‘I am right behind your eyes’.

Eleven tracks, eleven sounds, eleven stories; Don’t Shy Away is everything that you need and more. Not only is it an art form for healing, it is also a wonderful listen with plenty of styles to explore and examine. LOMA continue to be transcendental in their way of approaching music, tackling undesired emotions and turning them into opportunities for growth. After this gratifying experience, I would just hope that the very same fate that brought them together and prompted them to craft this record stays by their side, because the world needs more of the radiance emanating from their talent and honesty.