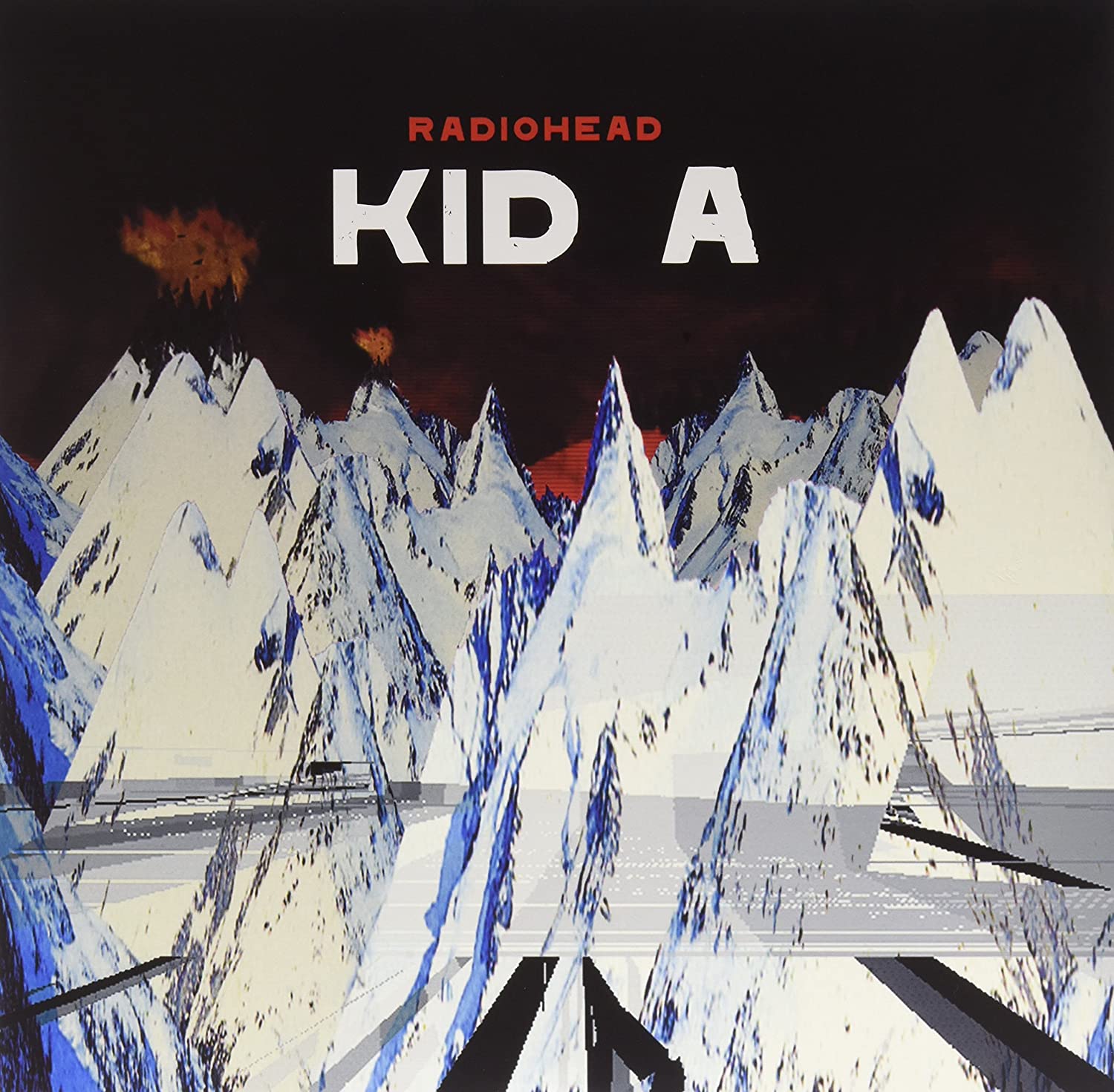 A SCENE IN RETROSPECT: Radiohead – “Kid A”

By David RodriguezNovember 21, 2020 No Comments

So, Radiohead, right? Huge band, likely needs no introduction, even for those of us that have yet to listen to an entire album. I’ll get to it eventually, but, you know… kinda busy.

Anyway, you know who did listen to a Radiohead album? My pals Inter and Faisal. Today on A Scene In Retrospect, they’ll be going over Kid A, the English band’s 2000 heavily influential and highly lauded new millennium masterpiece, only outdone by other acclaimed albums in their discography. A little over twenty years old now and you can still hear its influence across genres – impressive in its own right. Let’s get into why!

What to write about an album like this? It feels like everything was already said, written, and memed. Literally, Radiohead – and especially Kid A and OK Computer – became a meme, mostly associated with pretentious, introverted music snobs. Some praise the album is a milestone of modern rock music, a milestone of art rock, and an overall cultural treasure. Others claim it to be overrated, pretentious, annoyingly artsy. In German, you would say ‘verkopft,’ which basically means all mind, no heart. But in the end, the beauty of art is that it means something different for everyone.

When I first got into Radiohead and browsed through their discography, I was under the impression that they were one of those bands you have to a like as someone enthusiastic about music, which naturally made me skeptical in the first place. I’ve listened my way through this band, skeptical and curious all the same, and I had a very good time. The Bends and OK Computer especially hooked me. And while never being one of my favorite bands, I completely understood why Radiohead established such a standing.

My interest in the band rested for a while, and got rekindled with the release of A Moon Shaped Pool. Funnily, the album didn’t do it for me at all, but I got back into their earlier stuff. Kid A took this occasion by storm and won my heart with its space rock soul, some serious psychedelic madness and some fascinating artistic boldness. It might be not the flashiest outing by Radiohead, but it’s my first pick when I wanna listen to an entire album by the band. Maybe accompanied by some herbs.

Also, “How To Disappear Completely” is not only one of the best song titles ever, it’s also the name of a great band. Check them out. And listen to Kid A more, it’s really worth it.

It seems an emerging theme for me is to participate in episodes of A Scene In Retrospect covering musical moments I had no connection to at all. Much as was the case with Metallica’s Master of Puppets, I’m afraid to say that before this piece, my exposure to Radiohead’s monumental Kid A was limited to just a couple of tracks (if even that many).

Unlike Master of Puppets, which belongs to a genre I seldom listen to and was released before I was born, Kid A comprises a collection of songs belonging to a ‘scene’ I do consider myself to have a strong connection to: a distinctly British strand of alternative music that emerged in the late ‘90s and early 2000s that functioned as an intersection of several homegrown genres like jungle, trip-hop, big beat, and shoegaze. What struck me most about listening to Kid A for the first time in preparation for this retrospective was just how familiar it felt – a testament to the variety of artists from the era who likely inspired this record, and the others who were certainly inspired by it.

From the first low-fi synths that flicker forth on album opener “Everything In Its Right Place”, overlaid with artificially diced-up vocal samples, there’s a distinctive late ‘90s sound that practically smothers you with its decisive ‘90s-ness. The broodiness of it, the icy layering of sounds, the vampiric threat lurking beneath the thick atmospheric haze… it’s perfect. How could I have neglected this record for as long as I did?

While comparisons to Nine Inch Nails, Massive Attack, and others are appropriate, I actually found myself thinking more about the artists who took their influences liberally from the record. More so than anything else, it’s the vocal phrasings of frontman Thom Yorke, as heard on tracks such as the dreamy “How To Disappear Completely” that have been especially borrowed over the years. Of particular interest to me, and a marker of what makes a scene a ‘scene’, is how Radiohead and others cyclically borrowed from one another. For instance, while Massive Attack’s influence is undeniable, it’s equally difficult to imagine their 2010 effort Heligoland sounding the way it does without the existence of Kid A.  Similarly, Sneaker Pimps’ 1999 album Splinter borrowed considerably from Radiohead’s earlier work, particularly in the vocal department, and it seems that Kid A returned the favor by fashioning some of the more straightforward cuts on this record in the image of Splinter.

Despite similarities to contemporaries and predecessors – something I understand to have been one of the criticisms leveled at the album back when it was first released – there are definitely some surprises to be found here. A favorite moment of mine is when the bombastic horns pop up on “The National Anthem”, with the overall jazz influence that permeates the track being a welcome change in pace overall. Such moments peppered throughout the record are left field, yet work wonderfully – providing the album with its standout moments.

Kid A is fantastic. Whether it distinguished itself from the scene sufficiently or not back in the day is irrelevant now. It’s aged wonderfully, better than most records from its era, and the passage of time has been kind to it. On a personal level, I feel a sense of completion – like finding the missing piece to a puzzle I used to own long ago. While I can’t finish the puzzle now that I’ve finally found the piece, it’s still a welcome reminder of a different time, when the games we played were different… and at the very least I can still enjoy the thrill of finding it when I wasn’t expecting to.

What are your thoughts on/experiences with Kid A? Are you a fan of Radiohead, and if so, what’s your favorite album of theirs? Do you have any records you’d like to recommend for inclusion in A Scene In Retrospect? Leave it all in the comments if you feel like sharing!