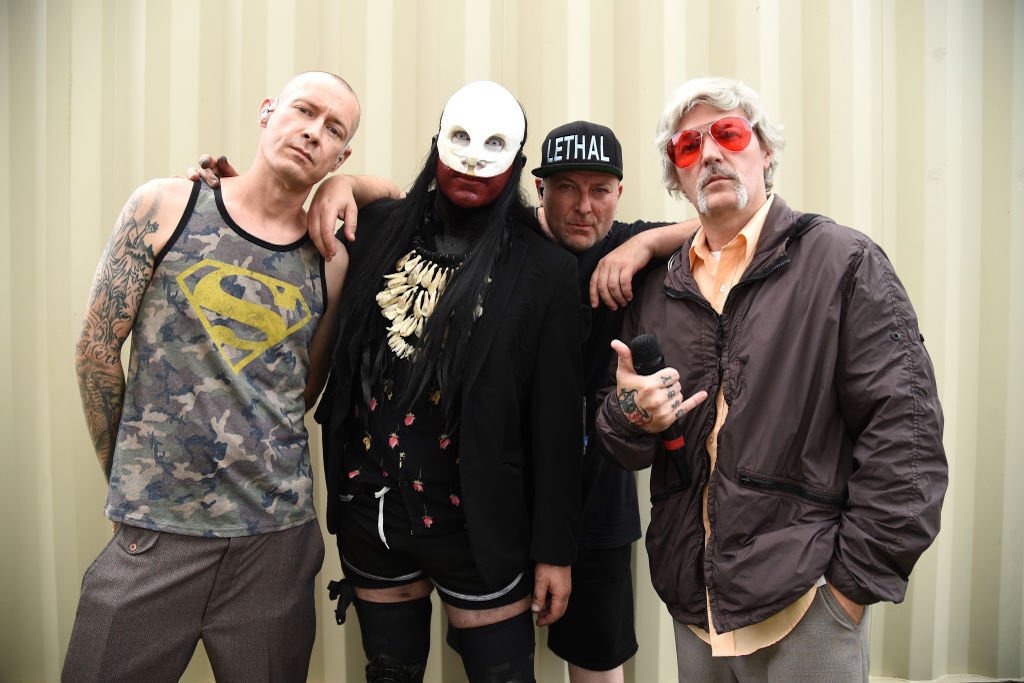 By Alex SieversDecember 1, 2021 No Comments

Limp Bizkit’s first album in a decade isn’t perfect, but it sure doesn’t suck.

One of my personal pet hates with music writing is when a writer begins a piece by saying ‘X artist needs no introduction‘, before proceeding with some unnecessary rundown that, supposedly, wasn’t needed. In the case of Limp Bizkit, these dudes legitimately don’t need an intro.

Now that the du(r)st has settled around Still Sucks since its Halloween drop, where did this long-awaited Bizkit album land? Was it a shit-fest of watered-down nostalgia, or was it a surprisingly strong return for the biggest nu-metal act that’s not called Linkin Park? Neither. Instead, it occupies a middle space between those two extremes. Still Sucks arrived not dead on arrival, but with a fired-up presence, and while lean, also isn’t completely healthy. It’s a decent, above-average record for Limp Bizkit. That’s what we were always going to get in the current year from them; that’s what it was always going to wind up as. Still Sucks is fun and definitely not without merit, but it for sure has flaws, like most of their output. The album artwork and title is dross, obviously, but most of the songs within are the opposite. So let’s break it down!

While the well-produced, crisp-sounding heavy bounce of “Dad Vibes” was a cheeky, on-brand official return for Limp Bizkit since 2014’s “Endless Slaughter” single (which didn’t make the final album), “Out Of Style” is the ideal choice for an album-opening role. Wes Borland’s killer whammy-moving riffage, the deep-in-the-pocket grooves from John Otto and Sam Rivers, and Fred Durst stating ‘Hit it’ just before the song kicks in: near-perfect nu-metalism. The aging rap-rock dad figure that is Durst also yells ‘DJ LETHAL!’ right before 2000-styled vinyl scratching fucks up the program, making that popular LB meme a reality: you say DJ Khaled, I say DJ Lethal, we are not the same. “Out Of Style” is the sound of everything Limp Bizkit distilled into three glorious minutes. This would’ve been so fitting for their Lollapalooza set. It’s their best opening song since “The Propaganda”, and I can’t get over how Durst rhymes ‘game’ with ‘mountain’ in the chorus.

From here, the bangers keep on rollin’ through like a stampeding heard of disco elephants. “Dirty Rotten Bizkit” rages like it’s 1999 all over again, with plenty of festival-sized grooves, huge hooks, and some okay rapping and well-aged shouting from Durst. It’s a simple but effective song (seemingly) about nothing. If I had to guess, it’s either about the band dying to release music, fans clamouring for a new album, or just simply getting some, as per the chorus: ‘Somebody better give it to me/Hard, loud/Somebody better give it to me/Right now’.

The aforementioned “Dad Vibes” is unironically one of their best songs, easily top-shelf material for this band. The way the silly vocal takes interact with the head-bobbing beats and thick-necked guitars, with everything well-balanced and pristine sonically, was the best choice as a lead single. Then there’s “Turn It Up, Bitch,” moving like the ghost of Cypress Hill past coming back with a short but sweet sampled hip-hop jam channelled through the body of Limp Bizkit (I’m well aware that B-real and the rest of Cypress are still alive, just go with it). It’s not half-bad, doesn’t overstay its welcome, and I’ve heard far worse songs of this nature before.

Limp Bizkit has always loved a good cover: “Behind Blue Eyes” (Pete Townsend), “Take A Look Around” (Lalo Schifrin), “Faith” (George Michael), and “Thieves” (Ministry). Here, we get a surprisingly chilled-out Bizkit interpretation of “Don’t Change” by INXS, being more slow and melodic for their sound, and is a decent rendition of a certified staple of Australian rock music. As an Aussie, I can say that, as well as a free pass on the word ‘cunt’ in basically any circumstance. Following the lighter, stripped-back mood of that INXS cover, “You Bring Out The Worst In Me” maintains a similar tone and feel (just with percussion added), before the usual loud, boisterous Limp Bizkit bursts through. The song shifts between this soft-then-loud dynamic throughout, and it works. There’s not much to write about it, honestly, but not because it’s bad – we just aren’t moving mountains here.

In “Love The Hate,” we get this goofy skit in which two guys have a conversation centred on hating Durst and LB, intercut with on-edge guitars and Durst singing ‘Joke’s on you/You missed one clue/We don’t give a fuck/From what I see, you always do’. Many pretenders act like they don’t give one single fornication, but when Limp Bizkit says it, I believe them. Back to the song. When one lets it slip that he liked them as a kid, the other’s tone turns violent, the track’s guitars shifting to represent this brewing fictional standoff over a nu-metal band. What’s most interesting is how self-aware but accurate it is. Countless people who once loved getting down with Bizkit as kids turned their backs on them, at least not in private, when they were deemed uncool. Yet those people have now genuinely come back around on them and nu-metal, this song capturing that cycle: that hatred from people who never liked them, these people thinking more about the band than the band does them, versus old fans who once felt embarrassment by enjoying “Full Nelson” or “Nookie”, now jamming that shit proudly.

“Barnacle” is a leap back in time to ‘90s grunge rock and I’m sure as shit not here for it. If this song had come out back when this album was originally due under its old title, it may have beaten the grunge revival trend that too many bands now vacuum up in place of their own musical personality. Except that’s not the case: “Barnalce” came out in 2021, after years of bands regurgitating grunge, and it has zero impact. I don’t care for it, nor do I care for what follows it, “Empty Hole”. I don’t like these kinds of short, disposable acoustic numbers from progressive tech-death bands like Rivers of Nihil, and so I definitely don’t like it from Limp Bizkit. At least I’m consistent.

Then comes this lame Chocolate Starfish-referencing jam, “Snacky Poo”, complete with this weird outro of an obnoxious faux-interview, in which some annoying, put-on jabroni voice asks Borland to confirm his favourite bands and foods. To some people, I’m sure that this is comedy, but to me, it’s anything but. At long last, we then have “Goodbye”. With its corny Top 40-friendly chord progressions and sappy singing, it’s the Limp Bizkit summer anthem that I never knew I didn’t want. This is an awful closer to an otherwise high-energy, engaging rap-rock/nu-metal album – one that was better than it had any right to be. One that, even with all of its slips and misses, I guarantee you aren’t too cool to check out and enjoy. Because when it hits, it fucking hits hard, Limp Bizkit style.