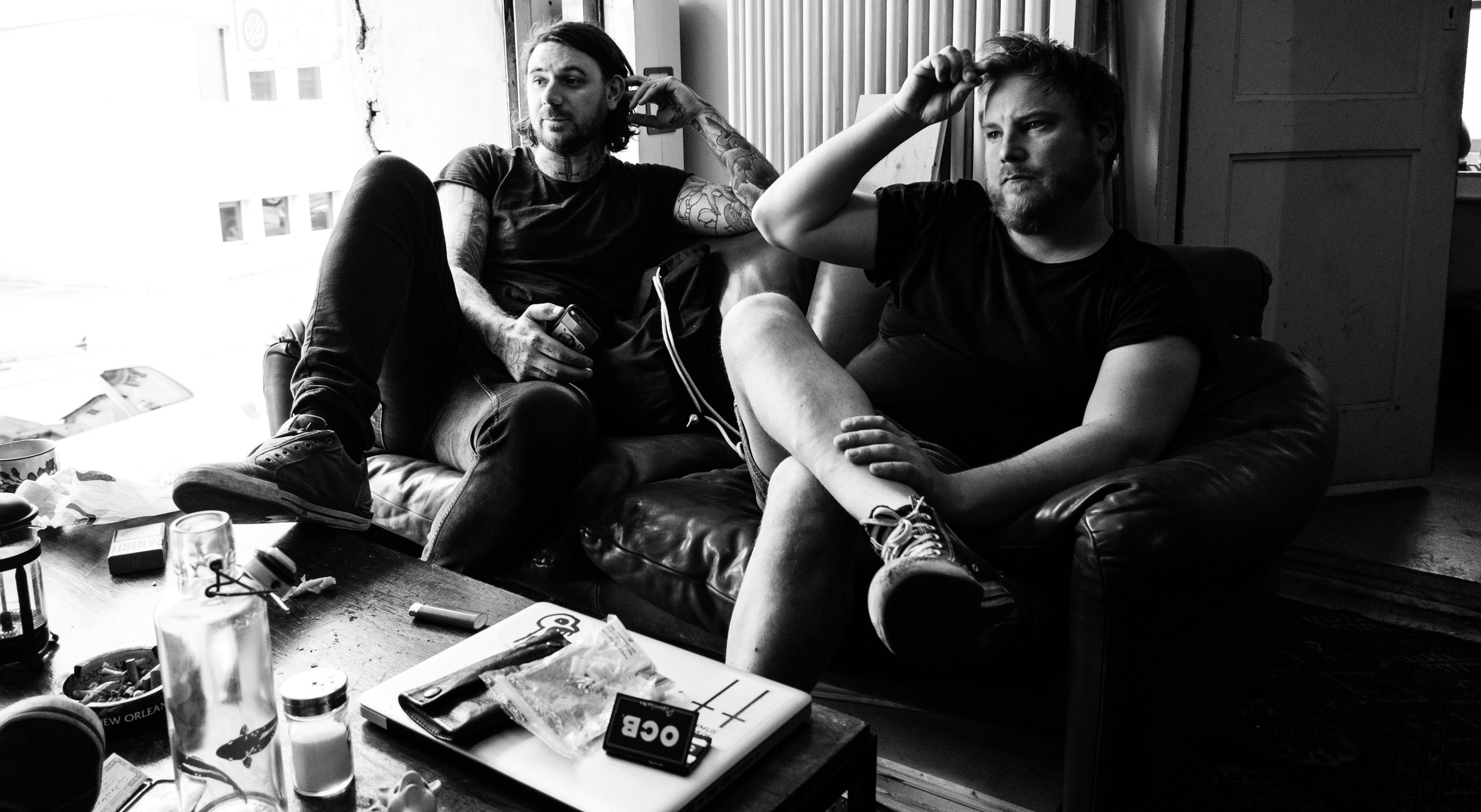 Or, well, the last bit is maybe an exaggeration, since I’m sure plenty of you have came across them here or there at some point, either in passing or in a more devoted way. However, the sentiment still stands; Closet Disco Queen‘s output reaches up to (and past) the mightiest of stadium dimensions, while, rather surprisingly, being the sonic produce of a quartet — originally a duo — whose sole goal is to create the catchiest of tunes, borderlining on being overwhelmingly cheesy by means of brisk-paced and well-produced songs — the most rollin’ of rocks. And today, we’re glad to be able to pair up with these crazy Swisses to present to you the premiere of their new EP, Stadium Rock for Punk Bums, right here, right now, right at the below location.

Last I wrote about the band was for a video premiere where I kept underlining the group’s fresh take on all things vintage, and their ability to make something so lively and fascinating out of something that appears quite unappealing on paper, at least when I’m reading it. But the reality is that Closet Disco Queen introduce a new kind of fire and passion to what might seem like your run-of-the-mill, fuzzed-out instrumental progressive rock at first glance. The thing is, their hooks are aplenty, headed the listener’s way from all directions at all times — whether in the form of melodies or steadily driving but somehow oddly convoluted rhythms. Stadium Rock for Punk Bums is no exception to that, and by inclusion of the additional guitar/bass department (going by the handle of The Flying Racclettes), you’re guaranteed to have a good time with it.

‘This EP was actually recorded back in January 2021; back then, we had no idea we were gonna be a band again and we were just passing time (like every other band in the world) not knowing what we’ll do with those songs. We basically took some old riffs/ideas and songs we had been playing live for a while and recorded them live first, just guitar and drums. Since we didn’t know when and how this would be released, and because the two-piece formula wasn’t something we found really exciting anymore, we decided to record more guitars, more bass, and more percussions. We went as cheesy as we could (to our taste, at least) and really pushed it to the next cheese level. Kevin Galland (current guitar player with Closet Disco Queen & The Flying Raclettes ), who produced the EP, also went the extra mile to make it sound like a proper stadium hard-rock record. This EP is a combination of bad taste, boredom, harmonized guitars, and cheese. To top it up, I drew the cover myself when I really, REALLY cannot draw at all. So yeah, this is just Closet Disco Queen being that band that should have never existed but keeps on coming back with more and more absurd stuff.‘

Absurd is exactly the word I’d use to describe most of, well, everything the band does. Not in a bad way, mind you, I just find their unrestricted and boundless artistry simultaneously quirky and empowering. First and foremost, Closet Disco Queen are downright fucking fun, which spans both their music and essence. While Stadium Rock for Punk Bums runs only a wee bit over 16 minutes, it’s a damn long time to smile in one sitting, especially for a Northern, stuck-up grump such as myself. There’s a lot to unravel on the EP, from its majestic and firm riffage to its surprisingly tender and moody ambiances, though I think it’s best to leave you — the listener — unbiased, and let you make your own aural expedition into the band’s lively world. So, you better do just that. Like, right now. Please.

Also, make sure to follow Closet Disco Queen (with or without The Flying Racclettes) on Facebook and Instagram, and check out their Bandcamp and webshop pages as well, for some extra clout and additional deep-listening. CDQ photos by Roberto Romano.