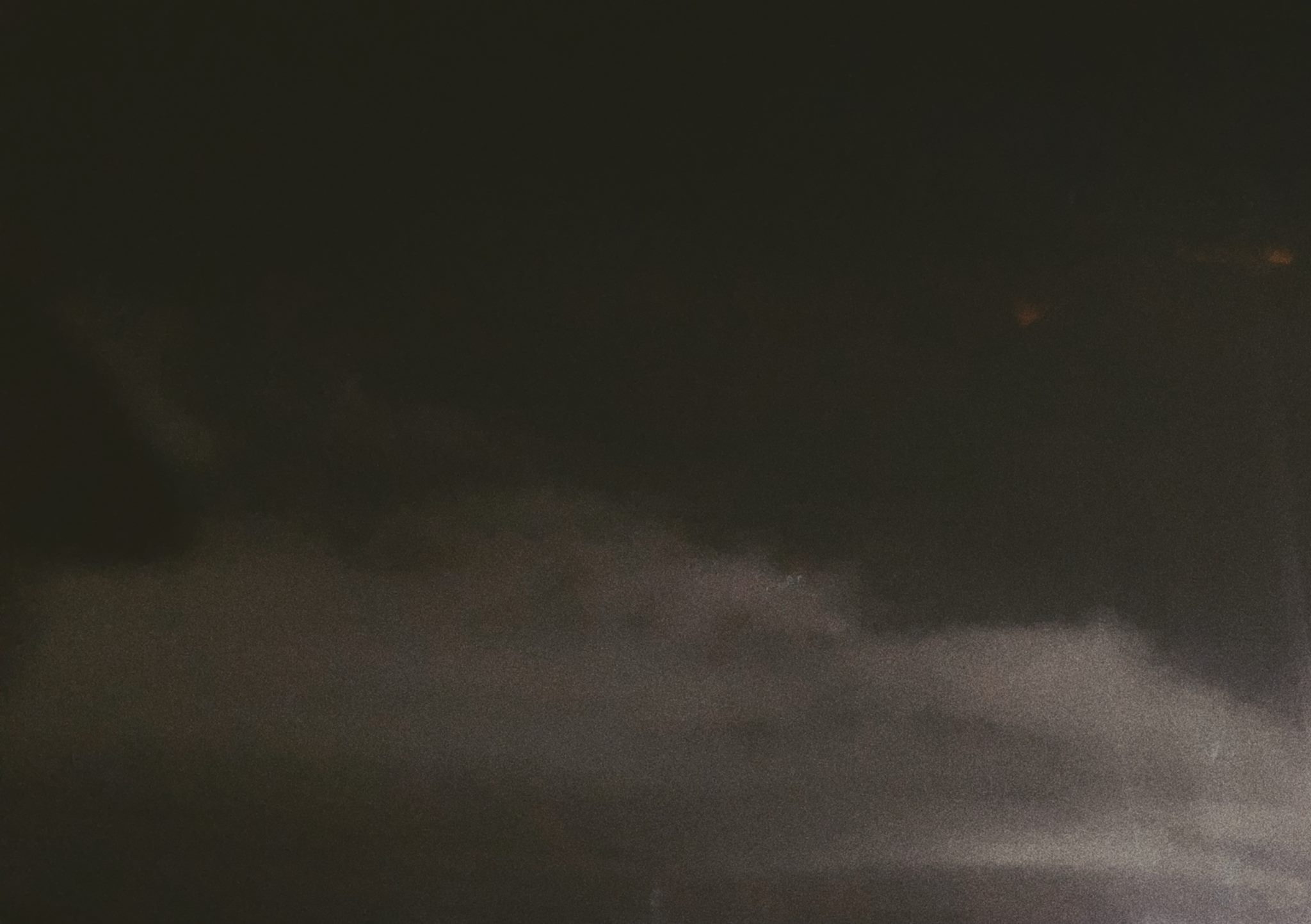 Once again, Sadness rears its dreary head from the depths to bring another passionately driven release. Brimming with melancholic and sorrowful ecstasy, it’s certainly a must listen for longtime fans.

Since 2014, Sadness has been constantly churning out releases like there’s no tomorrow, and within that time, he has produced a uniquely expressive back catalogue of some of the most colourful, grief-stricken examples of blackgaze and depressive suicidal black metal (DSBM) that the underground has to offer. Yet, persistently exploring a vast amount of nostalgic and emotional depth through more notable albums such as I want to be there (2019) and Rain (2018), the music of Sadness is a staple of the amateur, bedroom lo-fi capabilities that plague the shoegaze and depressive black metal subgenres, and _____ is no exception.

The opening track “see you in the orange light” brings in that familiar weeping post-rock guitar that paints a colourful soundscape to much of the artist’s earlier work. The lo-fi drums and often fuzzy ambiences travel in the background, when suddenly there is a lift of emotion through the inarticulately produced, blackgazy guitars that create a swirling effect. The children’s choir again brings that old, distorted sense of feeling at home, adding a tinge of warmth and a sudden urge for longing. For first time listeners, there is an immense and powerful sense of expression that could be evoked here, whereas for those familiar with the work of Sadness, they might be able to compare these hazy sonic structures more closely with the likes of “I want to be with you”, for example.

“orange love” continues this evocative and misty atmosphere at bay. The electronic inclusion seems to be more emphasised than previously relied on perhaps, making the whole thing bleed out a lot more, and whilst it sometimes exhausts itself through overtly emotive sections, there is yet some mystical aura surrounding the piece that you just can’t turn away from. A weirdly implemented modulation comes during the final section of the track, which really took me by surprise since it’s not often you’d hear something like that in anything even remotely black metal. The melodies also seem reminiscent of the artist’s previous work possibly to really drive that sense of nostalgia back into the listener’s head.

The third track, “on a green”, continues this wistfully melancholic sound of blackgaze with subtle nods in the electronic elements and reflective ambiences that rework themselves like distant memories finding their way back into the mind of the artist. The children’s choir seems a little oversaturated at times, whereas on other releases this tends to be utilised in the final sections of the artist’s work by means of highlighting the climax of the piece.

By far at the record’s core is its final track, “I can’t say goodbye”. Stretching out to a length of 16 minutes and 21 seconds, the song highlights many of the record’s high and low points throughout its runtime. The opening movement brings us into this dreary, transcendent space, entrenched with immense beauty whilst engrained with a shade of despondency. The song seems to drag in some sections, but this is quickly improved by the addition of the choir and reverb-soaked guitars. The percussive elements then build on this climactic ambience and delve into this other-worldly soundscape filled with sentimental resonance and sheer heart-wrenching enchantment. The piece almost works like a soundtrack to the artist’s own realities and experiences, and they are communicated through these colourful, vivid textures that interweave between natural and warm to cold and remote.

For fans and long-time admirers of the artist’s vast collection of musical works, _____ could quite honestly be one of Sadness’ most resonant and captivating releases to date. This hypnotising effect and ability to capture a deeply embedded emotion in the listener has always been a strong point for the artist to work with, yet with only four songs to prove this, the artist appears to develop a great amount of sincerity within his expression on this record that stands out amongst many other of his previous releases. For those new to Sadness’ emotional hybrid of lo-fi depressive blackgaze, _____ probably comes as a bit much in terms of its expressiveness and seems maybe a tad over the top to some,; however, this record could serve as an early reference point that might allow newcomers to discover an expansive collection of hidden gems amongst a great range of thoroughly crafted alternative music.