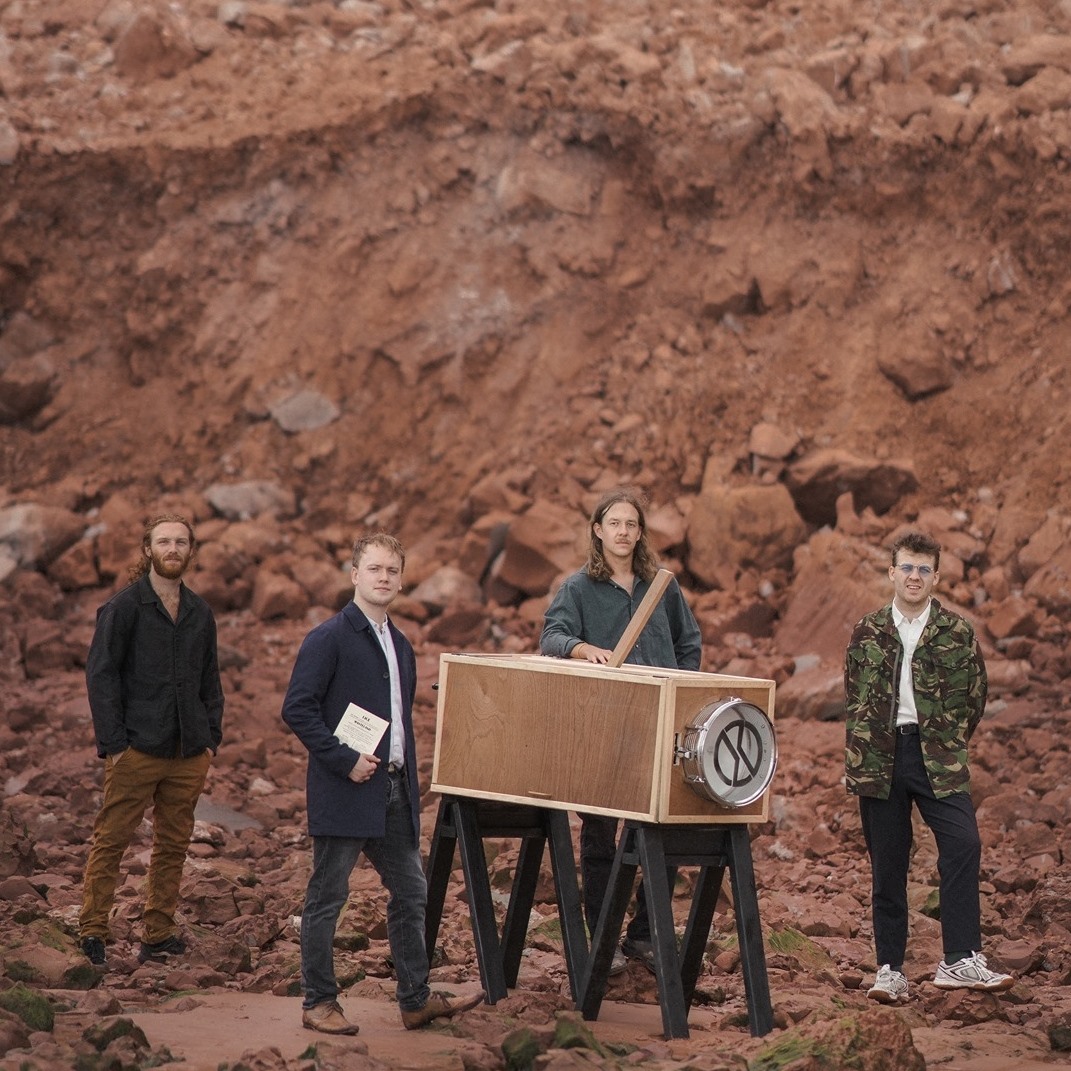 By Tyler KollinokJanuary 17, 2021 No Comments

LICE designs an artistically haunting collection of progressive punk on their debut album WASTELAND: What Ails Our People Is Clear.

The year is (finally) 2021, and barely anything surprises me anymore. In a musical sense, I’ve surrounded myself with artists containing timbres that I’m comfortable with. While this is comforting, it doesn’t add much variety to my life. Unfortunately, many of my favorite bands have stuck to the formula that made them successful, resulting in less risks being taken and more albums that don’t stray from the normal structure. During a time like this, stumbling upon a band as eccentric as LICE has been an absolute blessing.

LICE are a new art punk band from Bistrol that has no problem blowing minds with their inventive sound. I tend to throw around the term ‘unique‘ fairly often, but I truly feel that it is fitting for the band’s energy and approach. Upon first hearing the single “Conveyor”, I felt a bit confused about what I was even listening to – the track has qualities that I have a hard time drawing comparisons to, and I felt an extreme curiosity about why it had such an impact on me. Then it hit me; LICE is creating art that evokes a reaction that seems unexplainable. While it took me some time to fully digest, the band’s debut album WASTELAND: What Ails Our People Is Clear is a perfect example of experimentation at its best.

The band wastes absolutely no time getting down to business on WASTELAND. “Conveyor” begins in an atmospheric and minimalistic territory that soon builds up to a massive fuzzy riff that totally takes over the airwaves. The more intense and belligerent sound is common throughout the record, most notably on my favorite track, “R.D.C.”. The progressive element evident on “R.D.C.” is mixed with unease, which crafts a very disorienting and memorable experience. I find that LICE‘s approach mixes together so many different textures that it almost becomes overwhelming at times. The onslaught they deliver is perfectly summarized in early tracks like “Conveyor” and “R.D.C.”, but it evolves as the record continues.

Strangely enough, LICE incorporates a lot of industrial effects that add a massive amount to the overall effect. “Pariah” has a riff throughout that sounds almost like a sledgehammer smashing steel, bringing in a hard-hitting attack on the senses that feels threatening. All of this is followed up by a dynamic shift to a jazzy section that sounds like an entirely different band. Although the level of intensity isn’t quite the same, I’ve noticed a few interesting similarities to The Dillinger Escape Plan. For example, the band moves quickly between contrasting moods to create a wild environment where the listener is caught off guard multiple times during the course of the album. By not simply relying on the punk side of music, the songs manage to engage and surprise without ever feeling unnatural.

During my first listen, I had a hard time becoming accustomed to the vocals. Most of the album contains an odd rhythmic vocal cadence that isn’t quite singing, shouting, or spoken word. While it’s hard to explain (and didn’t fully connect with me at first), it’s perfect for the attitude that the album possesses. Tracks like “Imposter” and “Arbiter” seem so much more demented and haunting with these unhinged vocals. Strangely enough, I’ve slowly started to find the vocal delivery to be catchy, even though none of the songs rely on traditional melodies or hooks.

WASTELAND: What Ails Our People Is Clear might not be the perfect record for everyone. That being said, I absolutely love it and definitely think it gets better with each listening. LICE has a confident grasp on creating music that can alter between feelings of aggression, anxiety, and serenity without ever feeling unnatural or awkward. Perhaps I’m drawn so much to this debut album because it is unlike anything I’ve ever heard before, and after a year of some monotony in my life, it’s nice to experience something so odd and different. While its still just the beginning of the year, LICE knocked it out of the park and set the bar high for the rest of 2021 for me.