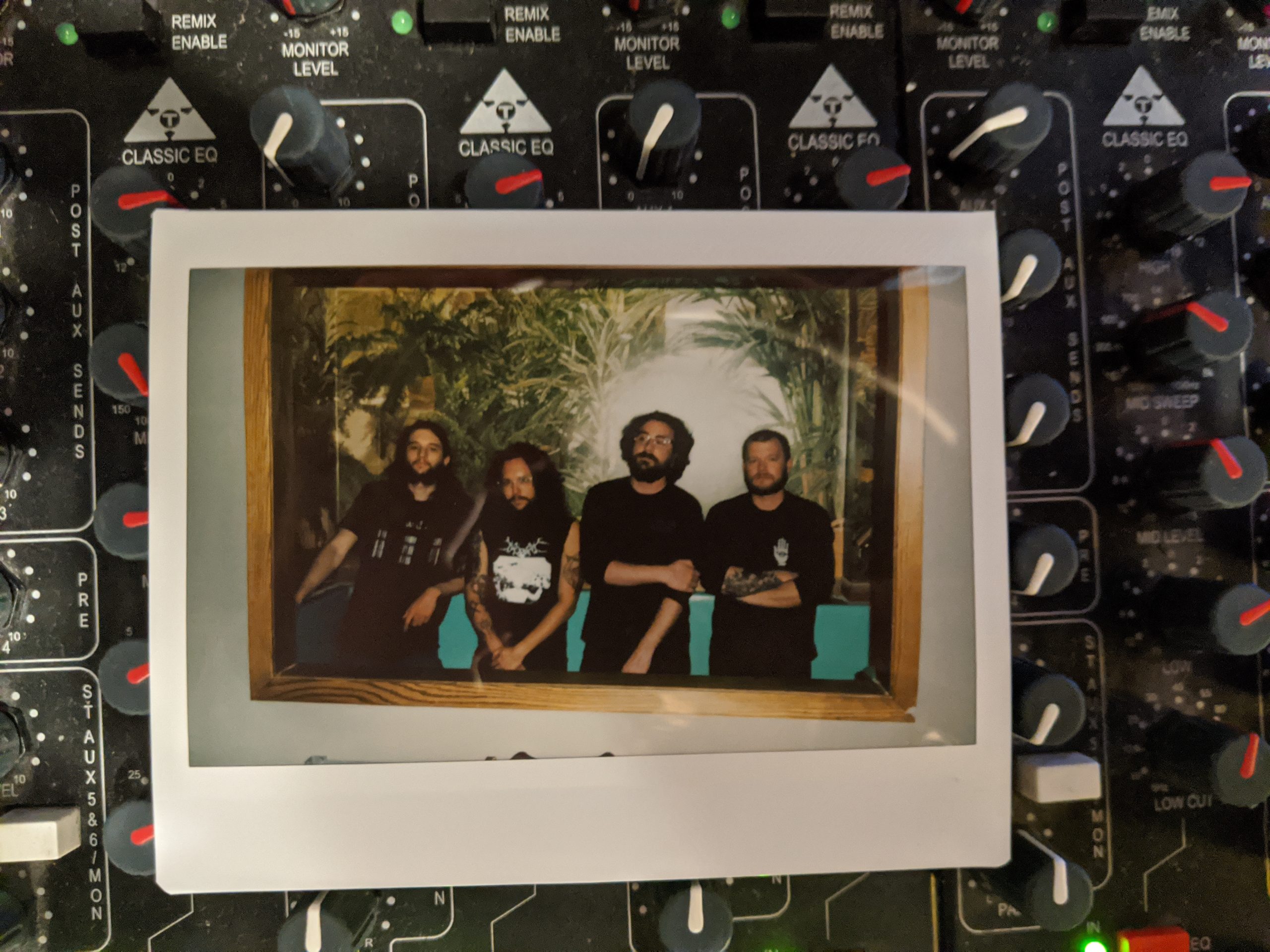 By Shaun MilliganJanuary 18, 2021 No Comments

Serving up a mammoth slab of sprawling rock for the restless, Comatose provide us A Way Back from the chaos with a debut that kicks through the debris of a despised year with a boisterous boot.

Try as one might, the impacts of recent times have not been easily cast into the rotting recesses of obliteration. No, instead the after-effects continually slap us squarely in the face, and musicians in particular have entered 2021 with their cheeks very much still stinging. Comatose are one such example: having formed in the winter of 2019/20, they shared their infancy with global developments that naturally took centre stage during a year in which very few bands did.

This, however, didn’t deter the Minnesota quartet. Featuring members of Amiensus, Fail To Decay, and Chrome Waves, these well-acquainted individuals assigned themselves a fitting name. Guitarist/vocalist James Benson reveals that, having come up against ‘multiple major global economic crises, domestic racism and terrorism, a pandemic, and climate change, it only felt right to choose something that reflected the mental health of an entire generation’. The band set to work crafting A Way Back: a record that pulls hefty handfuls from the gazey grunge of the mid ‘90s, while drawing thematically from the woes of 2020. Its balance of old and new sounds neither antiquated nor unoriginal – a quality they carry off remarkably throughout the album.

The record strikes purposefully and instantly with a grunge rock opening that cast me back to my review of Narrow Head’s 12th House Rock. Its droning repetition could easily be misinterpreted as an impending weakness, were it not for the fact that Comatose ensure their rhythmic walls of distortion form part of an impressive partnership with delay-laden vocals and consistent displays of percussive strength.

Moreover, the manner in which A Way Back evidently carves itself from the rock pedigree of bygone days is engaging for the more nostalgic listener, while simultaneously drip-feeding the tones and traits more synonymous with gaze and even post-metal at times. For example, “Gone” moulds itself around expansive chords, with a simplicity to the driving riffs and chord progressions that might have fallen flat were it not for a heightened sensitivity to dynamics within the band’s performances. The multi-part melodies (both here and elsewhere) also lend a sense of grandeur that really draws your attention to the lyrical content, preventing varying messages of frustration, determination, loss, reassurance, and hope from being lost amidst the instrumentals.

“Gone” and “Alone” also make numerous uses of uplifting melody atop chord combinations that lend a harmonious, oddly satisfying edge to their songs. It’s enchanting, frankly; you find yourself trudging along dirt pathways with towering, distorted walls of rhythm guitar that appear to loom over you, while at the same time being soothed by a lead guitar line that guides you reassuringly beyond the seemingly impassable walls on either side.

Certain songs along the journey, such as “Alone” and “Skin”, bear some similarity to the shift in instrumental texture Hundredth have undergone in recent years — albeit with a little more gritty residue still left between the teeth. Interestingly, though, this is flipped on “Spread”, as gazey vocals reverberate outwards, meandering hazily over the decidedly grungier rhythm sections as we propel toward the closing stages of the album.

However, Comatose aren’t done with you yet, and something, somewhere, has clearly gone awry. “Inside” communicates reportedly that, ‘It’s nothing, I’m fine/There’s nothing left inside’, but you only need to listen for a couple of minutes and a sudden, unannounced burst of harsh vocals rips through the rock crunch to strongly suggest otherwise. A struggle ensues between the more middling rock we’ve become accustomed to and the clear sense of urgency to expel their suppressed emotion. It’s a gripping track, and the tussle only just seems to prevent the more explosive elements of the track from taking over completely, powered by a moody riff that’s a far cry from the album’s earlier songs.

Standout track “Further” continues this trend, beginning unassumingly before presenting more outright aggression in its final 90 seconds than is found in the record’s entire first half. It may only be the second of two tracks to contain flourishes of such vitriol, but these hardened moments of rasping, metallic vocal carnage sit amongst the swirling, more moderate rock textures of Comatose‘s instrumentation beautifully. I’d eagerly consume untold quantities of such a stylistic pairing, should the band decide to incorporate more into future material.

A Way Back is both a statement of reverence and intent from Comatose. On one hand, it offers a passage through which we can return to the hazy, reverberating rock of the ‘90s, while on the other it provides a fitting soundtrack with which we can reflect. That is, reflect on what normality was, on what we as humanity took for granted before things went so far south, and reflect on how — or more importantly if — we can return there. It’s certainly food for thought, and Comatose make it very pleasing to devour indeed.