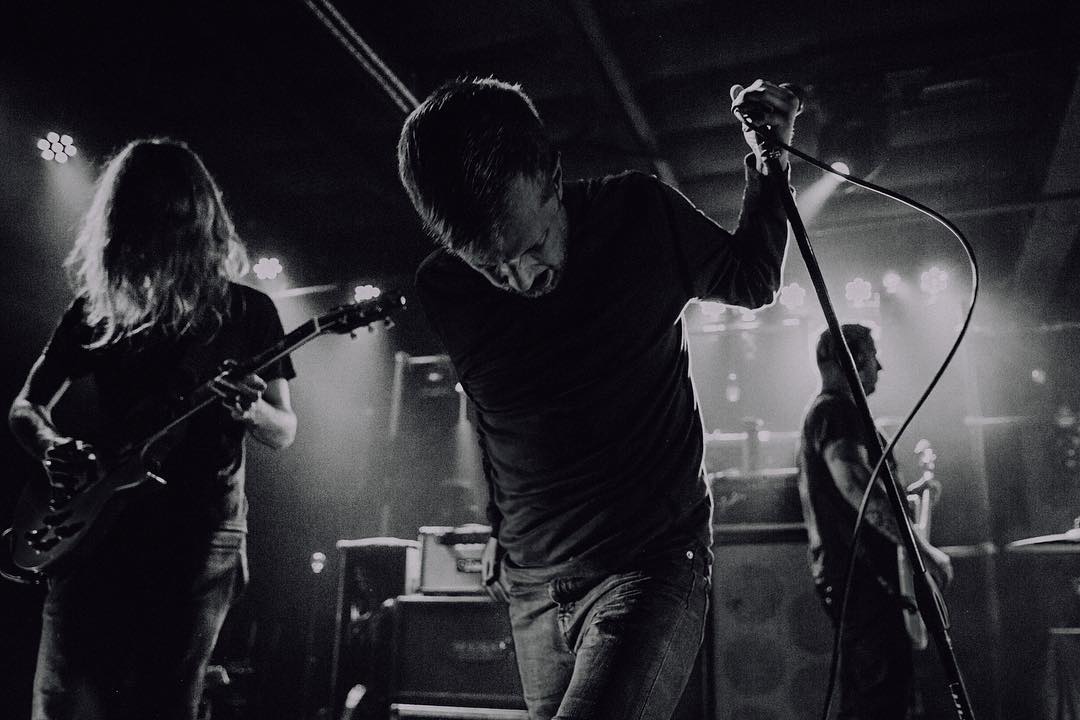 Panorama is very much worth your attention – this album is very, very serious.

La Dispute are known for their fusion of post hardcore instrumentals with dramatic, vulnerable, and attention-grabbing spoken/shouted word vocals. Having been a staple in the world of alternative music for the last 15 years or so, the band are now returning after a three-year break from releasing music, bringing with them their latest offering, Panorama.

The album was produced by the phantom that is Will Yip, the man who appears to have produced essentially every landmark release from emo and emo-adjacent heavyweights in recent memory, including bands such as Title Fight, Citizen, Turnover, Pianos Become the Teeth, and even Circa Survive. Evidently, Yip isn’t fucking around. Most people that have one of those artists in their collection tend to have all of the others as well – we can assume that Yip plays a part in that.

In an interview with DIY, vocalist Jordan Dreyer said that the lyrics were centred around a series of events that all took place, throughout the years, along a particular drive that he and his partner would take from their home in Grand Rapids to Lowell. As one may have come to expect, Dreyer isn’t writing about village summer fêtes, charity marathons, or anything else even remotely uplifting. Across this stretch of road, it seems, there have been many unrelated incidents culminating in death and general suffering that’s now being articulated in Dreyer’s usual manner, though this time it feels like there’s something more…

Instrumentally, and especially in the vocals, we’re hearing much more reserve. The band are quite generally more subdued than usual, holding out on their heavy, hardcore-influenced sections for only when it is absolutely necessary. They are using them as devices rather than a structural backbone, as they would usually do. The same can be applied, generally speaking, to Dreyer’s vocals. The majority of this album is lazily spoken or half-sung; enough to imply a melody, but not enough to actually feature any. I’d be very surprised if the band’s next record doesn’t feature more traditional cleanly sung parts – it’s clear that Dreyer is able to pitch well, and has a good ear for melody.

Songs such as “FULTON STREET II”, “ANXIETY PANORAMA”, and “THERE YOU ARE (HIDING PLACE)” stand out to me as being the strongest on the record. Lyrically, it feels to me as though my attention is really grabbed and held by what’s being said only every now and again throughout Panorama. Whilst perhaps the context of the poetic themes has been slightly altered, and given a concept on this instalment in the group’s œuvre, the overarching sujets are ultimately the same as they have been for the longest time.

Sonically, this is an incredibly strong record. The vocals don’t totally dominate the mix, as one would perhaps expect with a group so based around poetry. Something La Dispute have always been known for is their thoughtful songwriting, and the way that this album is mixed really allows the band’s dynamic range to be displayed at its full capacity.

Panorama’s most compelling feature is arguably its biggest downfall: this album is very, very serious. I am a big fan of serious, moving, challenging music, but more often than not I think there are ways to tastefully offset the dark, upsetting components of a song with different colours, to both help illustrate the point and keep the listener engaged. I know that we’re not talking about any other band here, this is La Dispute; serious music is what they do. This isn’t a record you can play at a party, and I’m sure they’re happy about that. I can commit hours and hours to listening to Sufjan Stevens, Jason Isbell, and Townes Van Zandt whilst bawling my eyes out, yet somehow listening to Panorama too many times in one day just bummed me out.

It felt to me that perhaps this would be the album that sent La Dispute stratospheric. Judging from the first few singles that were released in the lead-up to its full release, as well as from having seen them last year at ArcTanGent Festival, I was really getting my hopes up that Panorama could have possibly been a contender for Album of the Year. Whilst it falls short of that expectation, it’s certainly a welcome addition to the band’s discography, and was evidently the result of much experimentation and re-evaluation, which can’t ever be a bad thing. This record is very much worth your attention if you’re already a fan of either the band, or just highly emotive and intense rock music in general.