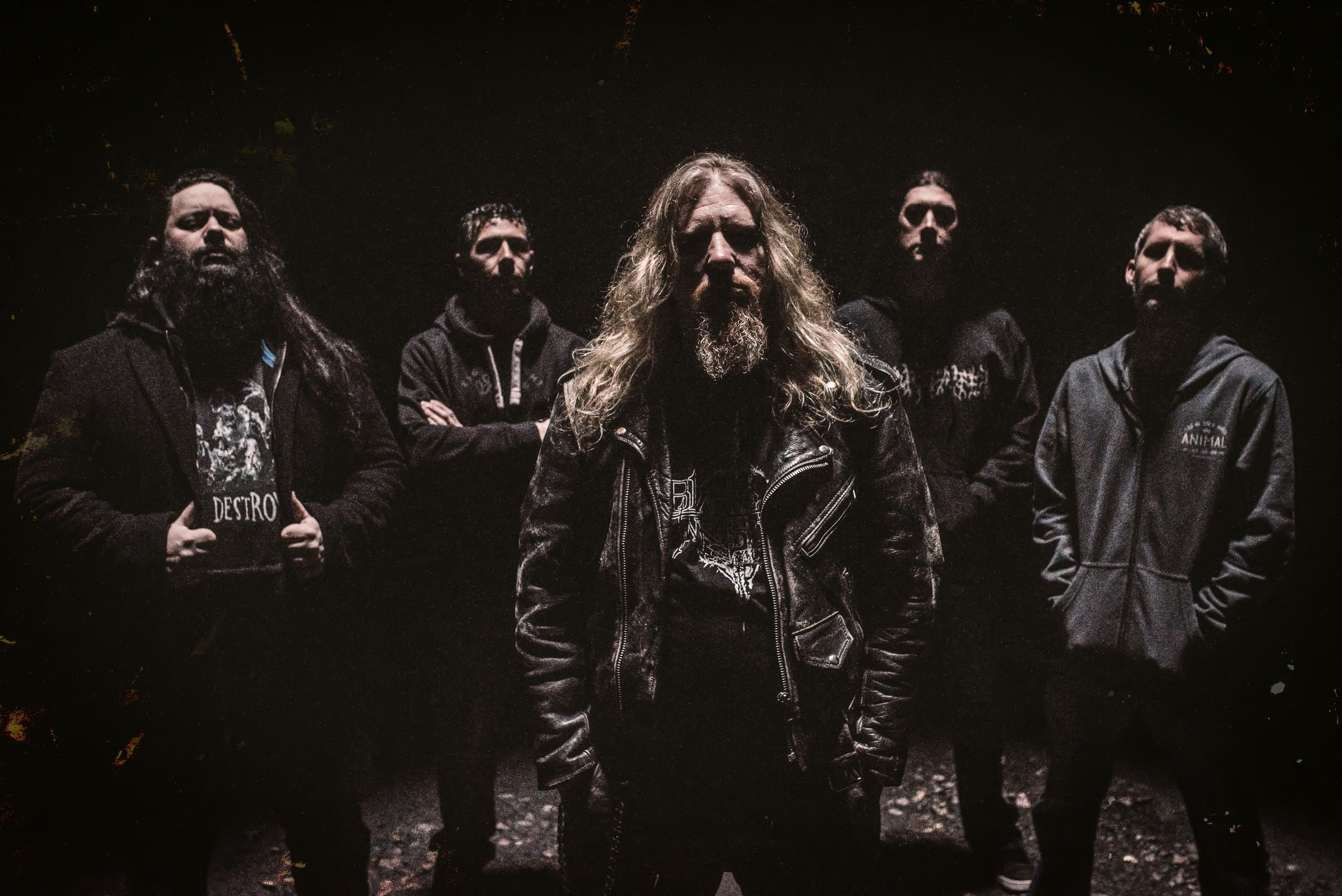 By Faisal BinzagrSeptember 5, 2019 No Comments

On Worldwide Negative, U.K. based Krysthla deal comfortably in familiar groove metal, while they frustratingly hold back on distinguishing moments.

Certain bands that were formative in shaping my musical tastes remain benchmarks I measure similar music against for years to come. In some cases, long after said bands have come and gone or have been deemed horribly outdated. One such band is Chimaira, the now defunct group who coined the term ‘New Wave of American Heavy Metal’ and whose particular melding of thrash, industrial, and groove (among other genres) made them clear outliers in the turn-of-the-century movement that was more heavily rooted in hardcore and melodic death metal. To this day, regardless of how they’re remembered in the wider metal community, Chimaira remain my gold standard for modern groove metal. It was in my search to find similar music that I came across Krysthla and their latest release Worldwide Negative by way of their recent single “Zero Sum Game,” a real banger of a song.

I’d never heard of Krysthla before. A quick skim through their background lead me to learn they’re British, and have released two albums prior to this one. I cut my research short there, preferring to dive into the album blind so as to assess it without context as I often do when discovering an artist through a later release. What followed was an exercise in many lows, some sparkling highs, and overall immense frustration.

Worldwide Negative is a collection of eight tracks featuring djentrified groove metal with splashes of death, black, and industrial metal with the occasional dusting of hardcore: a mix very much in the Chimaira template, although executed rather differently. With its run time of approximately 40 minutes, and its mix of snappier tracks and slightly longer compositions, you would think this would grant Krysthla the opportunity to showcase different tempos, song structures, and dynamics. Unfortunately, this is not the case, as the band opt to lean against the familiar crutch of verse/chorus/bridge, even when toying with deviations towards more experimental territory.

While much of the album is rooted in Meshuggah-ian quacking guitar tones, melodic leads and tremolo riffing do snake their way through the chugging at various points throughout, thereby lending some tracks much needed atmosphere and (at times) genuine menace. Some moments are undeniably brilliant. “Zero Sum Game” (where it all started for me with the band) features a legitimately cool motif whereby throughout the verse a furious ‘bang bang bang bang’ of the drums punctuates through the chugging riffs at rapid intervals. This motif is brought back at the end of the song, where expectations are subverted when the verse riff returns without the ‘bang bang bang bang’, only for the song to abruptly close with said banging.

Moments where Krysthla took me by surprise like this were sprinkled throughout the album, giving it vibrancy and catching my attention at crucial moments. A great example being track six – “Aurea Mediocritas” – whereby a rather standard track is saved at the 1:55 mark as the music fades out and a quack riff is played in isolation… only for the relative silence to be broken with a gross ‘argggh‘ spat out by vocalist Adi Mayes, inciting a breakdown to crash down like an avalanche in your ears. However, the crowning moment of the track is when this same isolated quack riff returns at the 3:20 mark. Instead of unfolding the same way as last time with the ‘argggh’, we get a gang-chant rallying cry, followed by a choppy hardcore-tinged breakdown. It was totally unexpected, and elevated an already cool moment to greater heights. To top it off, the track features a bass guitar breakdown, something I haven’t personally heard in a very long time, which was super cool.

Sadly, such moments are often underdeveloped, or simply too short. Tracks tend to be chorus heavy; with the occasional (and excellent) clean vocals, atmospheric guitar passages, and guitar solos all cut short for more of the same chugging verse/chorus/verse/chorus formula. It’s deeply frustrating, as Krysthla make a point of showcasing what they’re capable of, only to rely heavily on a rather outdated groove template that they prove on several occasions they’re capable of wielding to more inspired effect.

With Worldwide Negative, Krysthla are not the next Chimaira. It isn’t a bad album, it’s just not captivating. Its greatest sin is that it gives us enough moments of brilliance to assure us the band knows what they’re doing, and can do it well. It’s in these knowing moments that we simultaneously cannot forgive Krysthla for the plodding, by-the-numbers djentgroove they choose to emphasize, while hoping their future delivers on the promises of their inspired moments. Until the next round, I can only recommend Worldwide Negative to those looking specifically for what’s on offer: catchy bounce metal you’ve heard many times before.