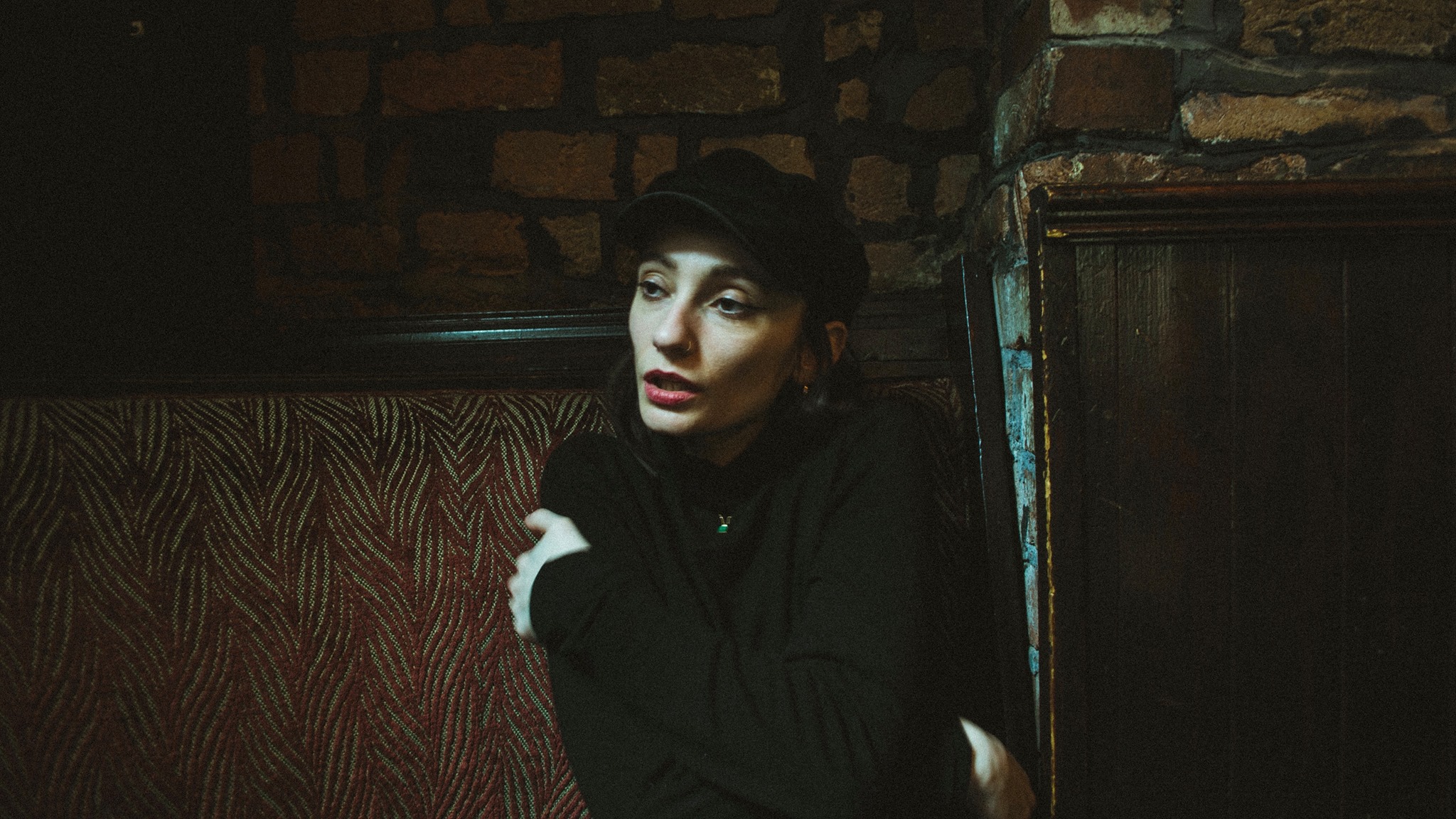 By Faisal BinzagrDecember 17, 2020 No Comments

King Hannah‘s debut EP Tell Me Your Mind and I’ll Tell You Mine is as pleasantly surprising for its sheer confidence and songwriting prowess, as it is for its experiments with Americana and shoegaze.

The definition of Americana:

‘1 – materials concerning or characteristic of America, its civilization, or its culture, broadly: things typical of America
2 – American culture
3 – A genre of American music having roots in early folk and country music’

Americana is a nebulous term.

The above definition – Merriam Webster’s –  is just one of undoubtedly many. Ultimately this is a music review, not an academic paper, but needless to say that when I saw the Americana label (whatever that might mean) attached to Tell Me Your Mind and I’ll Tell You Mine – the debut EP by duo King Hannah – in conjunction with the shoegaze tag and Liverpool as the band’s city of origin, to say I was intrigued would be an understatement.

Having now listened to the EP I can confirm that it’s one of those rare occasions where a seemingly contradictory description fits the music perfectly. Tell Me Your Mind is largely an experience in two parts, with the first half being oriented towards distinctively American sounds and textures, and the second half embodying a denser, more dream-like heaviness representative of the classic UK shoegaze acts of the late ‘80s and early ‘90s. It’s not a hard line separating the two styles, however, as all of the tracks on this half-hour affair manage to blend the two to some degree. It makes for a fascinating listen, as the EP’s two primary ingredients come from largely different cultural places, with the overlap being blues music – as is the case with most rock-derived genres. Culturally, aesthetically, and stylistically, I suppose it would also be fair to say that Americana and shoegaze share a predisposition to melancholy – something this EP is brimming with in abundance.

In fact it’s a similar sort of melancholy typified by Lana Del Rey’s body of work. I’d go further and say that Del Rey’s Ultraviolence is perhaps Tell Me Your Mind‘s closest cousin. I choose the word cousin rather than say, parent, as despite the fact Ultraviolence debuted back in 2014, the differences in tone and approach are prominent enough that it feels more like the two diverged from the same common root. In fact, if I were pressed to make direct comparisons, I’d say that the EP has more in common with Chelsea Wolfe’s understated masterpiece Birth of Violence, than anything else.

Yet, despite similarities to other artists, the EP wastes little time proving that it is entirely its own beast. After a brief – yet suitably haunting – prologue, first track proper “Meal Deal” pairs twangy outlaw country strumming with vocalist Hannah Merrick’s distinctive oak-aged drawl before coming to a head-on collision with a brief burst of thunderous distortion. The following track “Bill Tench” plays off of this excellently, re-arranging similar elements into a slightly more up-tempo and less brooding burst of wandering gunslinger goodness.

“Crème Brûlée” tones down the twang a tad, leaning harder into the band’s shoegaze roots with squealing, industrial discordance, and some tastefully overproduced drumming. “The Sea Has Stretch Marks” strips the Americana elements back even further, rolling out some lush soundscapes in its place in what is the EP’s most dreamlike moment. It spreads out languidly, with riffs crashing into one another in what is an unexpectedly beautiful intermission from what comes before.

Things wrap up with a suitable compromise on “Reprise (Moving Day)” which, while a full-length track, does feel more like an epilogue in the context of the EP, being a largely instrumental layering of country-blues riffs, echoing pedal work, and menacing distortion for most of its run until the noise dissipates; leaving Merrick to croon us out the door over soft guitar strumming, before that all fades out too – ending things on a calm, albeit unsettled, note.

Tell Me Your Mind and I’ll Tell You Mine is yet another astounding addition to 2020’s streak of stellar, fully realized EPs that rival many full-lengths in scope and immersion. It’s a confident bridging together of worlds I would never have thought of myself, made more impressive considering this is the band’s debut EP. Listening to King Hannah feels like listening to a band that’s been around for decades longer, and it is a joy to behold.

All of this amounts to a combination that works so well, and something I hope other artists choose to explore the potential of going forward. Alongside Koe Wetzel’s Sellout – also released this year, and which paired country music with grunge – I hope this is perhaps indicative of a burgeoning trend of mixing and matching music derived from American folk in abrasive, brooding, and unexpected ways. The potential for further exploration and experimentation is undeniable, and I look forward to seeing what King Hannah continue to do with a style of music once the private domain of American artists and international artists relentlessly committed to conservative imitation. There is no imitation here, and Tell Me Your Mind and I’ll Tell You Mine shines as one of 2020’s more unique musical experiences.