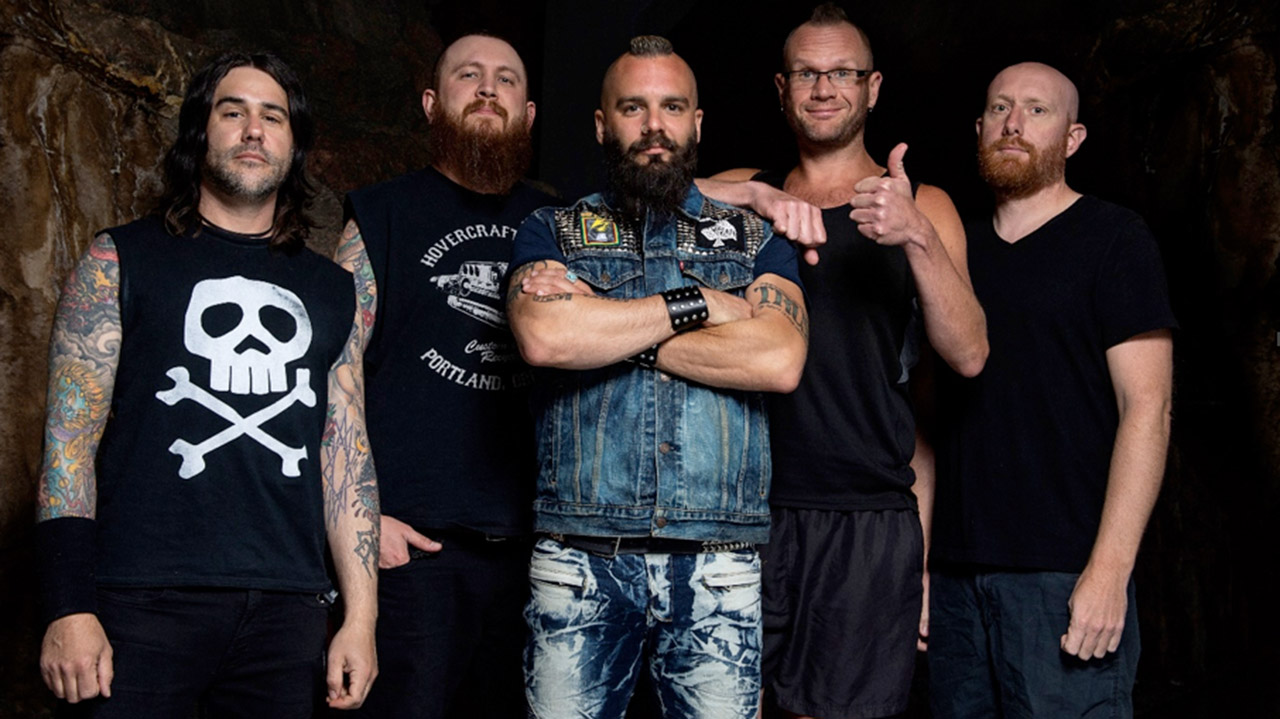 By Jake WaltersSeptember 11, 2019 No Comments

Killswitch Engage manage to keep the fire burning after two decades with their unflappable formula and heartfelt lyrics. Atonement will stand as one of their finest releases.

For some reason it feelss longer than three years since Killswitch Engage have released a record. Maybe my ability to track time is lacking, or maybe 2016’s Incarnate didn’t leave as much of an impact on me as their previous release. I’m willing to bet it’s the latter. After the band regrouped and Jesse Leach rejoined back in 2012, it seemed like new life was breathed into the band, and they came out of the gate swinging with 2013’s Disarm The Descent. After the dip in quality with the last release, I was somewhat worried that this newfound energy would be short-lived. I knew, however, that I would happily consume even more mediocrity from this band if that was what they’d offer up next; after all, they are one of my favorites, and one of the bands that got me into ‘heavy’ music. Then again, I also hoped that the new album would be great.

When Atonement begins and “Unleashed” fades in with that now-classic guitar tone being shown off with a light rolling riff, it’s unmistakable that you’re listening to a Killswitch Engage record. Once the vocals join, it’s easy to see that Leach has continued to refine his vocals to a point of near-perfection. Plenty of metal and metalcore bands use the two-fold approach of harsh and clean vocals, but often fail to execute either of the two at a high level even when employing one vocalist for each style. From the first note to last, Leach’s are on point, and from a more intangible standpoint, the emotion can be felt in every line in every song. In a way, this is the story of the album as a whole. The production, guest spots (more on those in a moment), solos, and technical prowess are on point, but the real backbone of this album lies in the palpable emotions. Now, let’s talk about those guest vocalists.

Being a fan of Killswitch Engage puts you at risk of being exposed to an understandable but tiresome debate of which singer of this band is better: Jesse Leach or Howard Jones. “Signal Fire” should definitively end this conversation – they’re both better. Or at least they’re both better together. This is one of the most energetic tracks on Atonement; Leach comes out swinging with some throat-shredding screams, while Jones sounds the best he has since the first Devil You Know (now Light The Torch) album. Once I saw the music video for this song, I couldn’t help but smile. The second guest vocal appearance comes from Testament frontman Chuck Billy on the track “The Crownless King”, and it’s the first of two times KsE manage to sound a bit like Lamb Of God. Billy’s vocals are gruff, a bit dirty, and there are some groove metal-esque moments in the backing instrumental that make this a pretty memorable track about defiance.

For me – like most of us – the first taste of this album was its lead single, “I Am Broken Too”. Immediately I sort of recoiled at the song, as it’s quite radio-friendly and lacks any teeth to make it feel like the Killswitch Engage song that I wanted it to be. But after (many, many) repeat listens, it began to sink into my skin, and I could feel the love that was poured into the song’s message. Was this what I wanted, sonically speaking? No, not at all. When I got this album for review, however, I was going through some of the darkest and authentically tragic days of my life so far. Along with songs like “I Can’t Be The Only One” and “Take Control”, the messages of perseverance and strength are abundant. In the end, these effects will last much longer than a tasty riff or flashy solo.

Speaking of technical ability, though, this album does have some incredibly nice moments peppered throughout. The guitar solos are sharp, tasteful, and add to the overall effect of each song on which they’re present. What strikes me the most, however, is Justin Foley’s drumming. The blast beats are crisp and deafening – it seems like he’s leveled up his game several times since the last record. Everything meshes well, and let’s face it: at this point it should. This band has been around for decades, and they just know how to play and interact with each other. While this may not go down as their best record to date, them putting together something this solid and meaningful while still pushing out some tracks that will no doubt be crowd favorites is all one can hope for.

Killswitch Engage’s rebirth and re-emergence started with Disarm The Descent, but is only fully realized now, on Atonement. For all of the reasons mentioned above, this album is an enjoyable one to listen to, but also manages to sink beneath the surface more than many of their previous entries. There’s still a good time to be had, and there are bangers aplenty, but it’s the heart, the message, and the raw power of this album that make it my favorite since As Daylight Dies. If you haven’t given it a chance yet, I encourage you to do so.