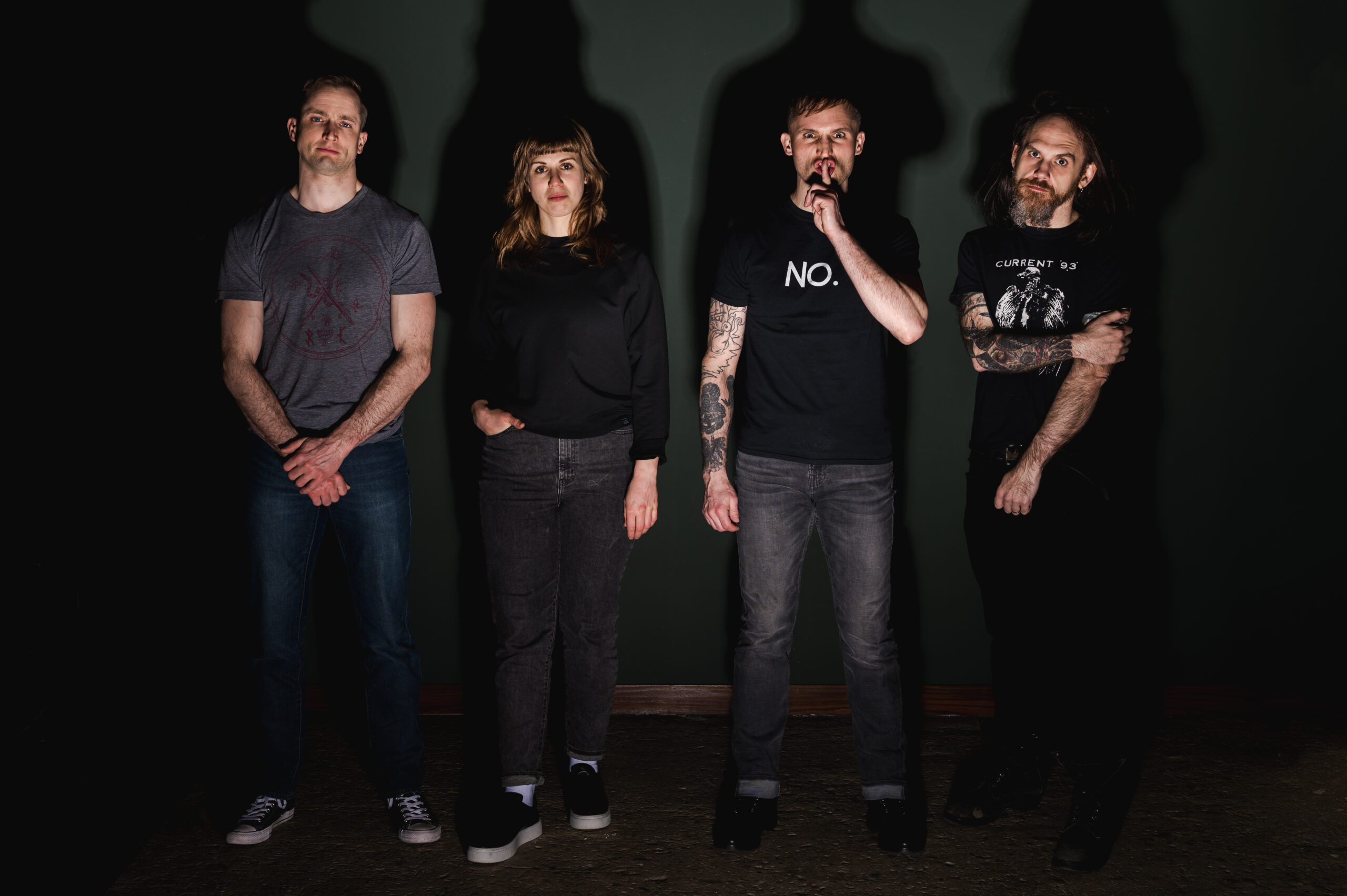 By David RodriguezSeptember 21, 2022 No Comments

NULL is the kind of album that could only be made at this time by a band like KEN mode. Prepare to be unsettled by one of the best albums of the year.

If there’s anything Chat Pile reminded me of recently, it’s the triumph of the human spirit in the face of a dying world, even if that triumph looks suspiciously like succumbing to the dying world. Sometimes, just surviving is victory; telling your story even more so. Reality’s ability to whelm us – overly or not – is unmatched, and we all process the throes of existence differently. Though my frame of reference is admittedly small only being on this planet for 33 years, I can’t help but think this is one of the worst times collectively when it comes to the amount of life-changing and threatening events we’re just supposed to push aside mentally in order to work ourselves to death, raise our families, or otherwise live our lives.

KEN mode get this – oh boy, do they. Since I started listening to them in 2015 with Success, I’ve found them to be abrasive and a little unpalatable, but endearing enough to follow. Years later, going through what I’ve gone through and discovering the things I have, I get it now. I wanted to dive in, so I stepped up to review NULL, their latest effort that doesn’t compromise on much at all and dials up the desperation.

NULL is manifesto-like – the internal monologue of a live panic attack and unexplained uneasiness dripping with urgency and hair-trigger agitation. A clinical ‘fight-or-flight’ response conditioned to activate from all the things wrong with our world. There’s pain, betrayal, disappointment, and existential crises around just about every corner of its diverse tirades of noisy, pummeling, manically contemplative music. And yet, I feel at home staring at the face on the cover listening to this record for hours on end.

Maybe KEN mode intended for NULL to be mirror-esque, a sonic Rorschach test engineered to reveal something about you, a catalyst for self-interrogation about your habits and beliefs. Do you empathize with the downtrodden and anguished voices on the album? Do you find them repulsive, scary? If someone said the things found in the lyrics to you on a train or bus, would you inch away in fear or nod in genuine understanding and intrigue? They’re not edgy per se – this is the hardest part to explain about this music, but everything feels so sickeningly, worrying sincere, almost like they shouldn’t be said. The lyrics’ purpose isn’t to get a cheap rise out of you, nor to offend, yet they still feel confessional, burning and swollen with immense pressure behind the face that barely holds it all together.

The music itself is a sharp reflection of these vibes. Yelping and searing saxophone in “A Love Letter”. The ratcheting noise in “The Tie” that power washes your brain to blankness. The sparse piano and dirge-like drums of “Lost Grip” while the miserable vocals cry out ‘I don’t believe that you mean well‘ followed up with the hissing, plotting ‘I’ll do anything for money‘ follows close behind like a predator to prey. It’s the longest song KEN mode have committed to tape as far as I know and it’s easily the monolithic, morose set-piece of NULL. “But They Respect My Tactics” is one of the most relevant pieces here: a damning harangue on social media and its caustic effects of keeping us addicted to doomscrolling, fed terror after terror and impending calamities between memes and friends’ posts for desensitizing emotional whiplash.

KEN mode has dealt in anxietycore for quite a while now, but it feels as if an apex has been reached here; a boiling point if you will. This album is so profoundly (though justifiably) paranoid and numb from the excess of misery present in our lives. It’s one of those things you struggle to put to words, but your mind can interpret it keenly – scarily so. The fact that I find comfort in something like this is probably a flaming red flag that I could use therapy of my own, but that’s neither here nor there. For the present, NULL is the sleep paralysis demon you’re actually cool with seeing. NULL is the nagging feeling pulsing in the back of your head that something is deeply wrong, but you know you’re powerless to help it. NULL is what you get when the abyss stares back.