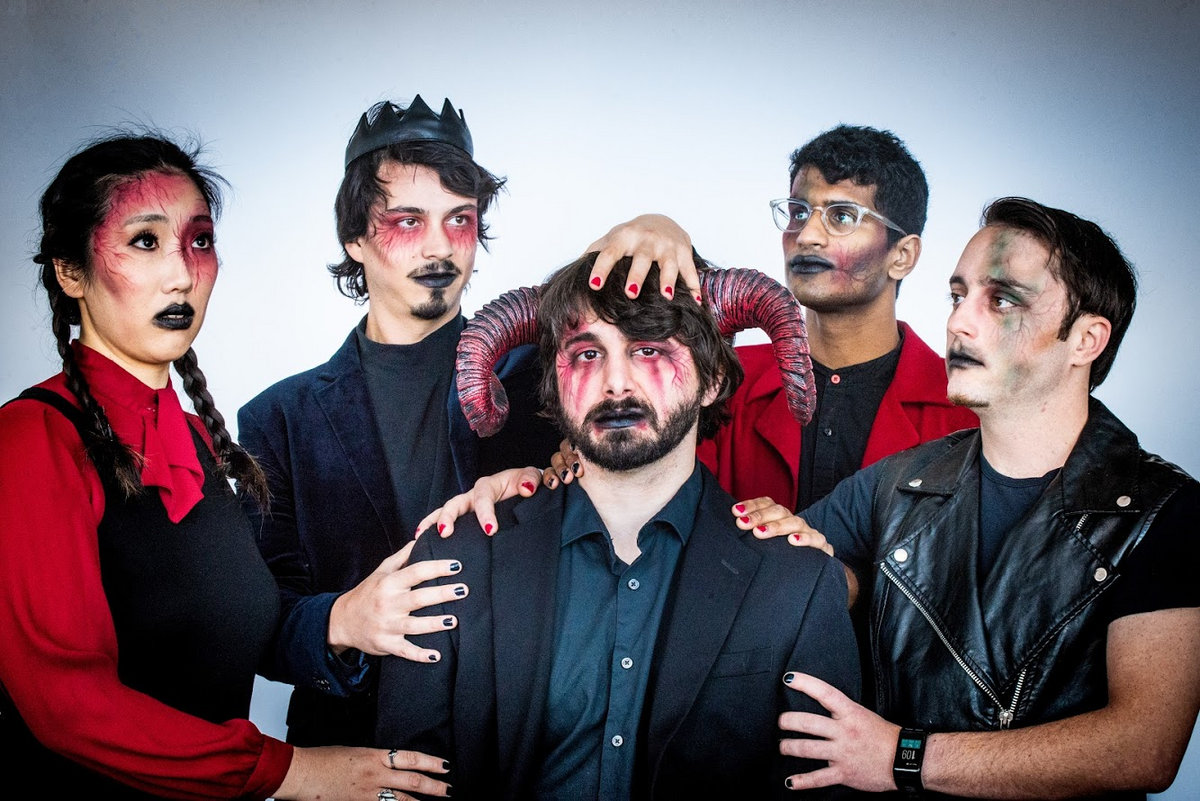 By Robert MiklosJanuary 21, 2021 No Comments

The long awaited full-length album from Juan Bond is here. Womb is an edifying record and every second of it is bristling with power.

I was acquainted with Juan Bond by a good friend sometime early last year. There wasn’t much to listen to if we’re talking strictly in number of songs, but there was a whole lot to listen to in terms of their contents. I was immediately psyched and I figured that it’s been three years since their latest release, so we should be nearing a new one. Wish granted big time. The new year could not have started any better than this.

For those of you who are seeing this band name for the first time, Juan Bond are a truly explosive quintet from Brooklyn, New York. Their sound cohesively takes mathcore madness, straps it on a hardcore frame, and paints it with some metalcore and post-hardcore elements. Then it packs it to the brim with an unrelenting progressive and experimental approach, but also makes sure to adorn the whole thing with some violin, viola, clarinet, and bass clarinet. If you’re not excited yet, that will change as soon as you hit play on any one of their songs.

Anyway, across its 36-minute journey, Womb is quite the rollercoaster. As you would expect from all the enunciated styles that you’ll come across throughout, it’s not just a wild ride but also one that is compelling, raw, and authentic. There’s just no compromise of any kind or any inconsistency across the record. Every second bangs hard in some way or another. I don’t think that cuts it, so imagine that this album is the equivalent of bringing a Gatling gun to a knife fight.

“Garbage Juice” is an apt opener as it really sets the mood, and it also gives a good glimpse of what is about to go down. It manages to showcase almost a little bit of everything we’ll encounter. It shows us some of the relentless abrasion and chaos, some of the nice melodic hooks, and of course, the fat fucking riffs. I’m not even exaggerating: the riffs are extremely thick due to the massive bass, which rounds their low end like an ocean of concrete.

This album is definitely worthy of an absolutely exhaustive and nitpicky dissection at a note-for-note level. Unfortunately, I do not have the knowledge or the space to expand on this and give it the royal treatment it wholeheartedly deserves. That being said, I’d like to hit a few more points. Let me just go back to riffs a little, because “Papa’s Got a Brand New Bed” really goes into proper groove and chug territory around the two-minute mark. I nearly broke some things around my room. I also forgot that I’m not at a concert and there’s no mosh pit.

When “About to Rob a Liquor Store” started the first time, I legitimately thought that somehow the music skipped to a different band, only to realize it was just the next song. I mean, if you ask me, violins aren’t represented enough in extreme music and they’re always welcome, especially if they’re well placed in the context. It’s just that there was such a disparity between where the previous track ended and where this one started: I’m reminded somewhat of a Kayo Dot song, with the manner in which the textures of the strings unfold in the first half.

The title track, “Womb”, also makes great use of the strings to add something of an epic feeling and some extra oomph to the melodic line. It also seems to work well with the unnaturally high-octane delivery of this song. While we’re still on strings, I’d like to underline how great “Bombed” is and how its title feels rather ironic vis-à-vis its sonic contents. It is a wonderful showcase of how the band can execute perfectly something that isn’t unbridled aggression, and how deeply emotive cues can transpire within the context of sheer, overall madness.

My biggest qualm is usually with how an album ends. You can start the album in the worst possible way and have a good package if the contents are solid and the ending is powerful and bespoke. Well, “Water Waiter” delivers big time. It’s easily my favorite song off the record and it hits like a cluster of wrecking balls. It closes the adventure with a mighty punch and a terrific level of energy. I could not have been more pleased.

Womb is, in every way, the first contender for end-of-the-year lists, and the year has barely kicked off. Juan Bond have a unique style which seems to be extremely homogenous and crystallized. While bits of their blend can be compared to a bunch of bands, it’s pointless. They’re truly their own thing, and I hope that they will lead this torch forward and set the genre ablaze with their fiery display of musical prowess.