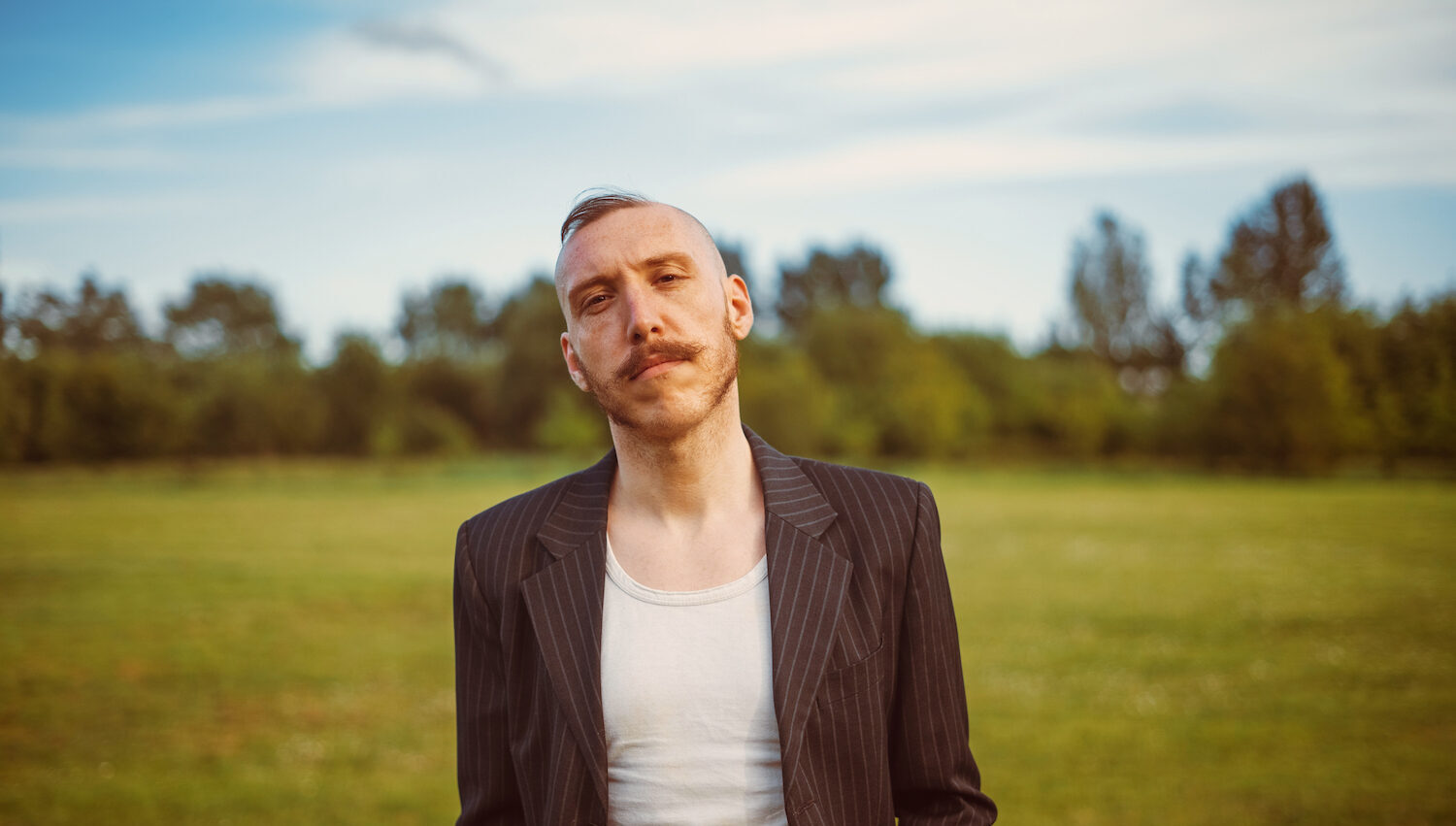 Leaving the alt-metal riffs behind, Jamie Lenman finds an alt-rock treasure trove on his fifth solo album, The Atheist. The path is poppier but just as sincere.

Jamie Lenman has covered a lot of ground throughout his musical career. In the early 2000s, his power-trio Reuben earned a loyal fanbase for their particular blend of post-hardcore, alt-metal, and grunge. The band upended in 2008, but Lenman returned in 2013 with Muscle Memory, a 23-track solo album that was equal parts mathcore and folky jazz.

Since then, he’s released three more solo albums. 2017’s Devolver is a solid rock album with enough experimentation to reveal Lenman’s musical progression while staying within the realm of his work with Reuben. 2019’s Shuffle could be called an experimental covers album, which is as mental as it sounds. Then he followed that up with a short return to form on 2020’s King of Clubs.

So with The Atheist, Lenman explores a softer side of his music. Alternative rock tendencies have always been a part of his sound, evidenced by the early Reuben B-sides from the compilation album We Should Have Gone To University. The big difference this go ’round is his willingness to stick with this sound for pretty much an entire album.

Actually, “This Is All There Is” kicks the album off with something more familiar for longtime fans. It welcomes us aboard with its punchy drums, grungy riffs, and cynical lyrics like ‘You really think there’s a Heaven and Hell/Well maybe there’s a Planet Krypton as well‘. This is about as heavy as it gets for an alt-rock outing. The ever-present tambourine also works like an omen for the tunes to come.

Besides the shaky shaky, the singles leading up to the album did a great job for setting expectations. “Talk Hard” comes second in the tracklist, and reminds the listener where they’re heading. It’s upbeat, catchy, and will probably cause a spike in the sales of guitar pedals with an octave up function!

Second single “Lena Don’t Leave Me” is a heartfelt song written for his wife, Lena Lenman. In a lyrics breakdown video, he talks about what it means to have an other-half: ‘Sometimes I look at her face and I think, that’s me. It’s so weird, and when she’s not with me, I do feel like half of a person‘. So while the song could be too on-the-nose for some, I think its lively groove and infectious hook, combined with the candid sincerity behind it, makes it stick.

However, the most recent single, “Hospital Tree”, is a more of a grower. The Beatles-inspired chords, country-adjacent production, and uplifting sentiment build and build until the final chorus goes full arena rock ballad mode. It gets pretty epic! Perhaps to humble the grandiosity of the finale, they left in a little studio chatter – ‘I thought that was pretty good‘, he says as the song wraps.

Some other pretty good tracks here are “Deep Down” and “Song On My Tongue”. The former features bouncy punk rhythms, striking lyrics, and a dynamic arc similar to “Hospital Tree”, but with more immediacy, while the latter has lyrics like ‘The melody is as salty as the water in my eyes/The harmony is as bitter as the bile I can’t disguise‘ that remind me of the meta-songwriting vibes from some of his earlier work. The bridge section also takes an interesting turn into a bit of emo territory.

Then the following track, “This Town Will Never Let Us Go”, does a great job at tying a bit of everything together. The chill-to-epic structure reappears and borders on post-rock, if only in spirit. Lyrics are as poignant as ever too with lines like ‘And their mother knows at best/This is just a temporary relief/She might empty out the bottle/If she could only get some sleep‘. Perhaps the only thing more chilling than that is the cool-ass bass solo that comes next! Where a less imaginative songwriter might’ve stuck a guitar solo, Lenman brought out the bass.

This album will likely delight most of the fanbase, because even though there’s something trademark about his sound, many of us see Jamie Lenman as an artist without set boundaries. We admire his fearlessness in committing to go wherever his musical impulses guide him (post-hardcore, grunge, metal, jazzy folk, industrial, or alt-rock). I reckon the accessibility of The Atheist will likely bring in a lot of new fans, and we will welcome them, then promptly hand them a map of this dude’s wild discography.