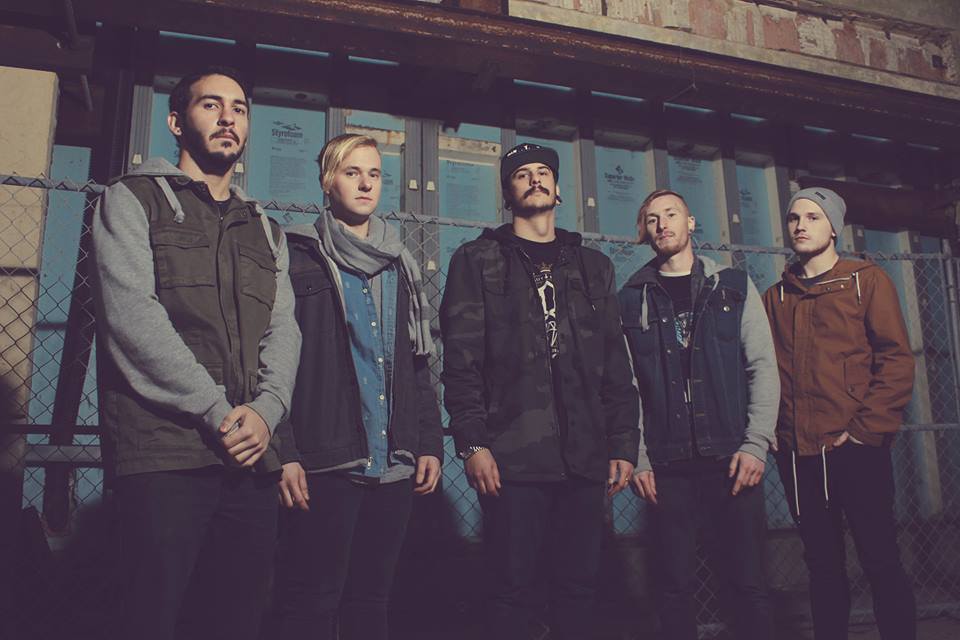 By Tyler KollinokOctober 29, 2020 No Comments

Inventure‘s crushing breakdowns and catchy vocal hooks bring a robust attack on the senses during the band’s new album No Time to Waste.

Do you have those specific genres of music that you have a strange attraction to regardless of the artist performing it? In the last couple of years, I’ve had that type of magnetism toward a lot of progressive metalcore (or better known to some as djent. Am I still allowed to use that word?). Veil of Maya and Monuments have been staples in my car and gym playlists. Generally, this is because bands like them perform loud, pumping, and percussive attacks instrumentally that can get my heart beating faster. There are so many artists that are currently putting out music similar to the bands I listed, so it isn’t hard to find new music that is taking its own approach to the recent genre.

Inventure catches my attention as a progressive metalcore band that strays a bit from the typical formula. Don’t get me wrong, the band still has crushing breakdowns with brutal vocals, but they also manage to incorporate creative and exciting riffs throughout all of their songs. They remind me a lot of some of the early material from Northlane without being a copy-and-paste version of what has been done before. Nevertheless, Inventure continues along the path they’ve already begun traveling on for their second full-length album, No Time to Waste.

No Time To Waste wastes no time (see what I did there?) getting to the nitty gritty of aggression and power. The opening two tracks, “No Time to Waste” and “Renaissance”, are easily my favorites on the record. The title track has an opening that sounds huge with its shattering guitars and destructive drums. It fits perfectly with the timbre that you would typically experience from a progressive metalcore album. I also do like the inclusion of interesting guitar leads and solos that are made apparent during the bridge of the song. Rather than simply relying on heaviness, Inventure utilizes melodic content to break out of the mold. Furthermore, “Renaissance” has one of the catchiest choruses on the album. While I wouldn’t necessarily call the hook poppy, it does have a very clean vocal line that succeeds in being one of the more memorable sections of the record.

The entire album is filled to the brim with intensity. However, tracks like “Time’s Up.” and “Human Construct” do a spectacular job in playing around with dynamics to create a rollercoaster of volume. Instead of delivering riff after riff without any reprieve, the band uses short breaks in the music, which inevitably builds back up into an even more brutal breakdown. “Time’s Up.” is a great finale for the album because it perfectly shows off the energy heard on the rest of the album in a neat package that ends with a mighty climax. “Human Construct” also takes a page out of the books of Periphery and August Burns Red, and gorgeously combines a sense of massiveness with interesting guitar leads and virtuosic riffs. Both tracks are standouts in the later part of the album but neither stray too far from the sound of the record as a whole.

I do have a bit of small criticism that applies to No Time to Waste, as well as plenty of other albums within the same genre. Ten tracks is definitely a good overall length, but having two interludes is a bit overkill. “Lapse” and “Dim” are both short tracks that don’t really add enough to the album to warrant one-fifth of the total track listing. In my opinion, keeping “Lapse” and cutting “Dim” would’ve been a nice creative decision. “Lapse” actually has a powerful and emotional lead guitar melody and the song builds throughout its two-minute runtime. As for “Dim”, it doesn’t quite get the job done in being the bridge between “Human Construct” and “Ghost”.

Does No Time to Waste change the game for progressive metalcore for years to come? No, not really. Is it an incredibly enjoyable experience with gripping breakdowns and catchy hooks? It sure is. The entire genre that Inventure represents has been getting a bit stale lately, but this album luckily chooses to include originality rather than rehashing the same generic formula. The production is clean, the lead vocals are powerful, and the songwriting is engaging enough to create an enjoyable experience. There are definitely quite a few moments that help to bump up my adrenaline level, so I’d count that as a win for Inventure.