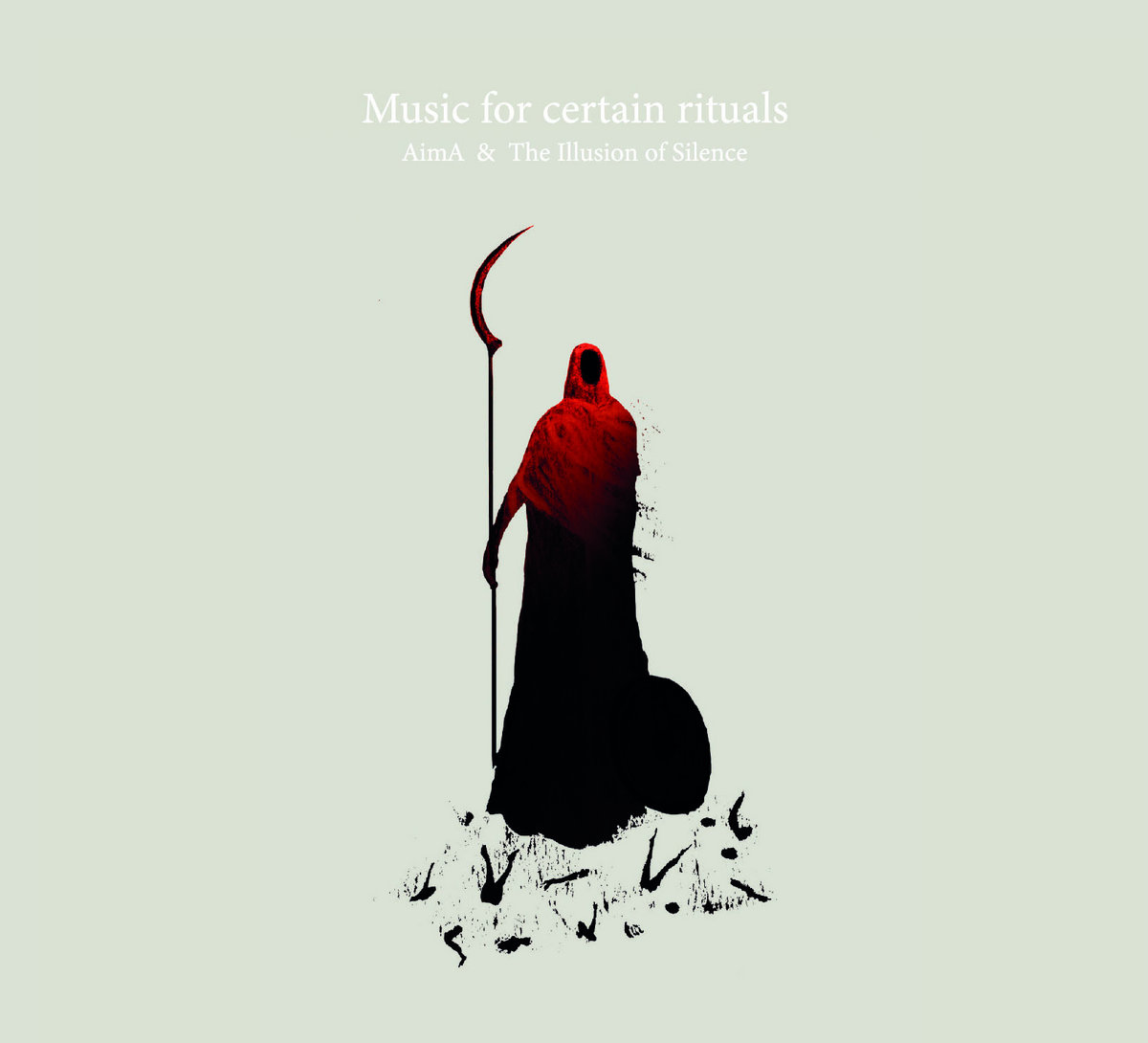 By Robert MiklosOctober 29, 2020 No Comments

We’re still very far from time travel. A more limited form of it, so to speak, is possible though, through highly evocative art. Music for Certain Rituals is one of those examples.

Now you’re surely wondering how exactly do you travel in time like that, right? It’s quite simple, you find one such work of art – in our case, this album – hit play and you’re set. How far back? That depends on the work at hand, but Music for Certain Rituals is taking us some two thousand-odd years into the past. The album is based on some of the Orphic Hymns; poems that served in mystical rituals which were attributed to Orpheus, being devoted to certain divinities and cosmic elements. AimA and The Illusion of Silence aims to bridge a temporal gap between that time and today, as well as to connect us with the arcane and metaphysical.

AimA and The Illusion of Silence, as the name implies (or should), is a collaborative effort between AimA – a fascinating vocalist, performer and writer and, of course, The Illusion of Silence – the brainchild of Luca Bonandini. Through The Illusion of Silence, Bonandini explores territories within dark folk, neoclassical, and ambient. This is achieved through quiet, wistful songs combining various styles which employ piano, guitar, string accompaniment and age-old instruments (bowed psaltery, zither, santoor, kankles, percussions). This should give you a vague idea of what will unfold throughout this mystical journey, but a much clearer idea will be better defined upon reaching the end of this article.

While the music itself isn’t ancient per se – it doesn’t feel the need to strictly adhere to the instrumentation and known musical theory of the time – it certainly feels ancient. When I say ancient, I really mean that. This isn’t simply something that feels old, it feels like entire eons have been mangled through our perception towards something that no longer is. In spite of that though, it all feels too real and palpable, as if it is the sole component of the present moment.

That isn’t the only pervasive feeling throughout the record. There’s also a sense of communion with the ethereal and the arcane, something that hearkens to tapping into metaphysical realms. First and foremost, I’d say that the vocal performance is responsible for a good part of all that. It’s a highly compelling, versatile, powerful, and dramatic delivery – not to mention that it is bristling at its seams with virtuosic prowess. The fact that the lyrics are in Latin and Italian also plays extremely well into the atmosphere alongside all the mentioned qualities. Unfortunately, I could not find the lyrics anywhere, and I’m not certain that I could’ve yielded an apt translation, however, I’m quite certain that with such a level of execution, they most definitely complement the music perfectly.

There’s also something almost primal about the music. I can’t exactly pin it down on anything in particular, though most of the time I’m tempted to pin that on the chanting. It’s raw, unrelenting, and dark: as if it beckons my vestigial remnants from that ancient time and space, triggering this gut feeling that’s simply ineffable. I’m chalking a part of that, with no doubt, to the very diverse range of instruments that we hear. Just to name a few of the more uncommon ones, we have: bowed psaltery, zither, santoor, and m’bira. I find it quite tasteful that no one track uses all of the same ones as well. For example, we’re definitely hearing a lot of the bowed psaltery on “To the Moon – Eἰς Σελήνην θυμίαμα”, and a fair amount of zither on “To the Sun – Eἰς ῞Eλιον θυμίαμα”, and they aren’t really reprised.

Exactly as the title implies, the music on the record alludes strongly to a ritual setting. There’s this permanent theatrical and pious vibe that permeates every little corner of each song. It kind of feels at the same time like a focused meditation on a certain thing. From this point of view and overall, I resonate most with “To the Sea – Θαλάσσες θυμίαμα”. It feels that this song in particular goes to a certain depth which the others simply couldn’t fathom. There’s also something exalting and soothing about it as well, in spite of its eerie, almost unnerving aura.

It stands to reason that such a record isn’t by any means crowded or conventional. Song structures vary widely and so does their instrumentation, as mentioned. The only constant seems to be AimA‘s hauntingly beautiful voice. That’s also probably the only truly conventional thing musically speaking, as it seems to be a guiding thread compositionally and tonally. Even though there isn’t a particularly high note density per moment, the spaces and the silences stand in a lovely balance. This is obviously due to having a clear vision when putting everything together, but when drawing the line, it’s also due to how the whole record is produced.

Music for Certain Rituals is definitely not easy listening, and it shouldn’t be. It’s not inaccessible per se, but it isn’t quite easily digestible either. It has an extremely specific goal in mind and it accomplishes it very well. The record’s focus is always on point, as it only meanders within the confines of its set aim. It’s also rather unique, as I’ve never met anything like it, not by a long shot. If it wasn’t clear up to this point, it’s an album that is amazingly immersive and captivating for those who seek ventures into such realms. In turn, it is a highly rewarding journey which I strongly recommend.