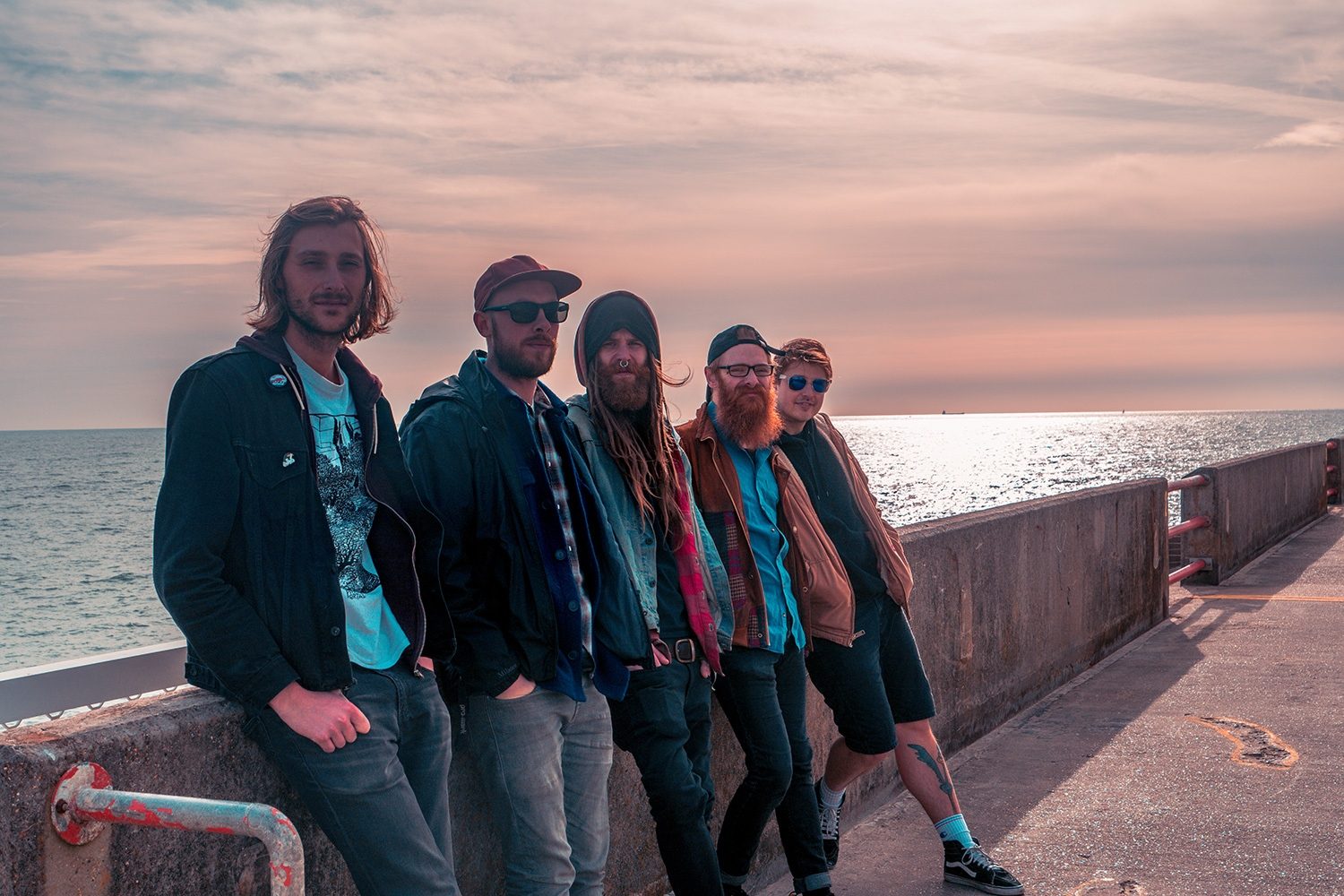 By Pete OverellFebruary 28, 2020 No Comments

Big Sleeper is possibly the most enjoyable stoner-rock album of the last few years. The powerful, anthemic lyrics and fuzzy, engaging guitar motifs have no equal in the genre currently, with InTechnicolour doing a fine job on their debut.

InTechnicolour‘s debut album Big Sleeper ticks all my boxes. Not only are the production, song variation, and lyrics of exceptional quality; the album is incredibly fun too, with riffs and hooks that get you moving around the house. It is a relentless onslaught of shifting moods and grooves, with every track distinctly different to the last – some packing punches all the way through; others sending you on a psychedelic trip to the stars. The Brighton, UK based outfit released their album on February 21 on two record labels, Big Scary Monsters in the UK and Art As Catharsis in the pacific, already giving you a taste of the quality on offer here.

The first two tracks worship bands like Queens Of The Stone Age and Kyuss, with meaty riffs packed amongst repetitive yet catchy lyrics. By your third listen of either track, you’re clamouring for the chance to shout ‘Build me a bridge baby‘ or ‘Come with me/To the water‘, a testament to the quality of the rhymes. The instruments backing up these delightful melodies are fuzz-laden as hell, with the cymbals crashing fiercely over the distortion driven guitars, altogether creating a thunderous, powerful wave that is fun but heavy as hell at the same time.

As you move past the early tracks of Big Sleeper, you soon realise how adaptable and varied the sonic range of InTechnicolour is. This is where they truly show their stoner-rock colours, with longer-form tracks that ebb and flow, utilising hazy lulls to full effect before slamming back into the choruses that get your head banging. The doom in the guitars is much more present too, “Gallon Man” showcasing the earth-shattering qualities of the band’s full-throttle metal. The riffs used, are as you’ll come to expect, very catchy and enjoyable, with big slaps and intricate bass layers woven throughout. Two-thirds into the track, the band take a breather before unleashing a raucous climax to the song, pegging this as one of my favourite tracks.

What I really love towards the end of the album, is that the quality of songs is still impressively high, with only “Lend Me A Crushed Ear” and “Slow Moth” not really tickling me as much as the surrounding tracks. Now that being said, the latter is nonetheless another example of the band pushing out extremely varied material. The band slip away from the fuzzy guitars and unleash some introspective post-rock that builds over six minutes to an enjoyable but also pretty forgettable climax, considering what is coming next.

Closing track “Tortoise” contains one of the greatest stoner riffs I have accessed in my time at Everything Is Noise, a delight that I’ll happily repeat in my head for hours after listening. InTechnicolour builds the riff and the instrumental foundations behind it up slowly, with drums only really making a full appearance four minutes into the track. The atmosphere generated by this slow build is exuded through the guitar tones, which are warm and comforting. The triumphant climaxes that reside within the final few minutes leave you feeling alive and rejuvenated. As the riff slowly winds back down again, you’d be excused if you had totally fallen asleep after the excitement of the last 45 minutes.

I was lucky enough to try out the forthcoming bonus track “The Raft”, which follows “Tortoise” at the end of the record. On the first few listens, I had to make sure Amplifier hadn’t started playing once “Tortoise” ended, yet as the track continues, you can feel from the sledgehammer guitar riffs that this is most certainly InTechnicolour, with a whole host of other influences bundled in. If the last track didn’t get you feeling pumped from the mega climaxes, then the final lyrical hooks of “The Raft” will leave you bouncing off the walls. The bonus will be released on a future regional version, so keep your eyes and ears peeled! Big Sleeper is an album I can comfortably listen to in sections, with any single track being all it takes to brighten your mood. This is the year’s must-listen stoner rock album, an album that fans of British rock must listen to. I’m looking forward to blaring it loud on summer drives and at pool parties, that’s for sure.