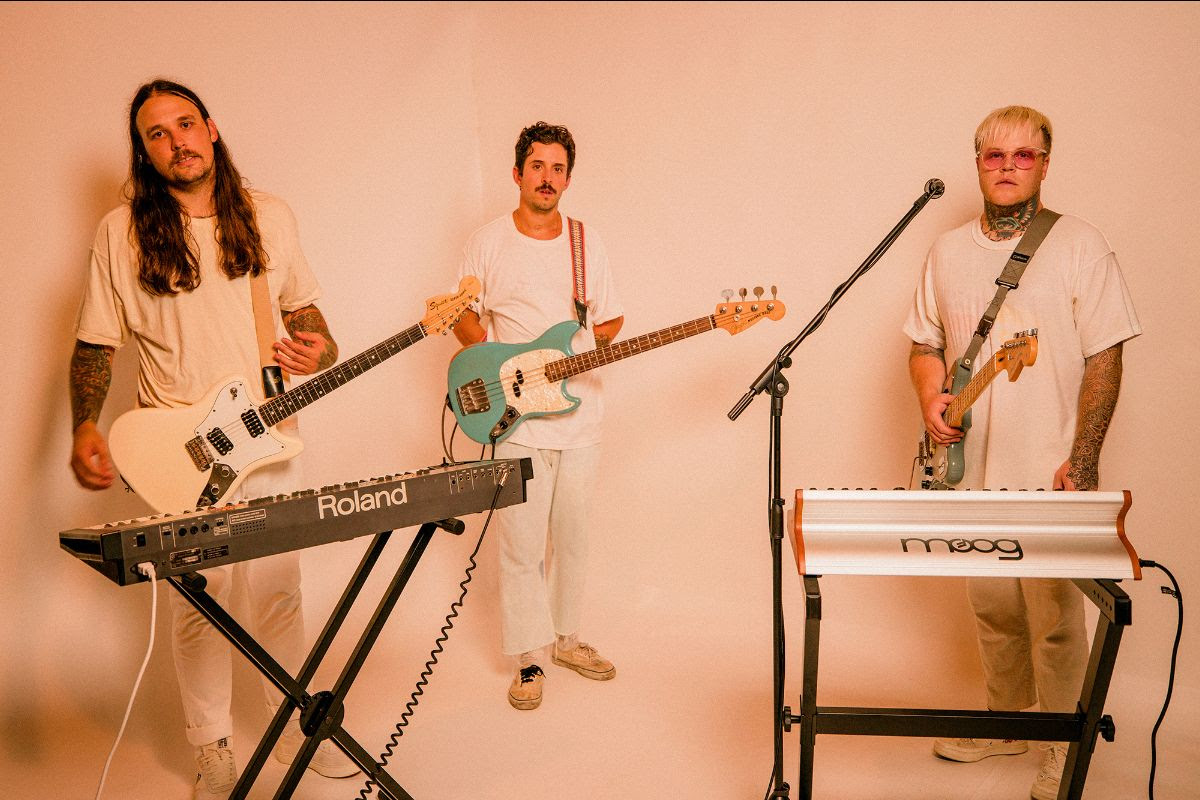 By Tyler KollinokOctober 5, 2020 No Comments

Hundredth continues where they left off after RARE, as they refine a poppier sound to build memorable moments on Somewhere Nowhere.

Bands change. Sometimes for worse, sometimes for better. To me, it’s respectable when a band switches direction to keep things fresh and interesting. I’m sure that continuing in the same vein for an entire musical career can quickly become stale and tedious. It’s doubtful that every fan of an artist’s initial music will be thrilled with a new approach, but I feel like the risk is often worth it for musical growth.

Hundredth has taken one of the biggest musical left turns that I’ve heard in a while. The band began as a five-piece melodic hardcore band that took the stage with other aggressive acts like Every Time I Die and Architects. For their first three albums, Hundredth had an intense yet clean method of songwriting that fits well with other bands like Counterparts and Gideon. However, they shocked many of their fans with their enormous musical shift on their fourth album RARE. The band traded in their harsh vocals and powerful breakdowns for a record influenced greatly by shoegaze and indie rock. While the songs were still upbeat at times, it was not the same Hundredth that most were accustomed to.

That brief history lesson brings us to Hundredth‘s fifth full-length album, Somewhere Nowhere. The band continues in the same vein as RARE, but takes the indie rock sound a few steps further. This album introduces the heavy usage of synthesizers and drum machines to make it sound more like a pop album than a rock record. The shoegaze influence is evident in much of the vocal production, as vocalist Chadwick Johnson is drenched in reverb and vocal effects, especially on tracks like “Somewhere Nowhere” and “Silver”. At times, heavy synths and distant resounding vocals are an odd combination, but it adds to the ethereal and graceful sound the band is working towards.

A decent portion of the songs from Somewhere Nowhere were released before the full album. I hadn’t heard many of the pre-release songs before listening to the record in its entirety, but my introduction to this collection was with “Bottle It Up”. The song is easily the catchiest on the album and has a fantastically infectious groove. It’s a perfect lead single because it supplies energy without being overbearing. It also does a fantastic job of bridging the shoegaze sound from RARE with the synth-heavy tracks that are common on Somewhere Nowhere. The chorus has been stuck in my head since I first heard the song, and it doesn’t seem like it’ll be leaving anytime soon.

The first seven tracks on the album confidently swap between the influence of RARE and the new poppy sound. “Somewhere Nowhere” is an interesting opening track with an immense ambiance, but it soon moves into the more in-your-face “Out Of Sight”. While the song still incorporates synthesizer layers, it has a more straight-ahead rock groove that fits into the typical expectations for a song Hundredth would write. “Iridescent” is one of my favorites from the album, and it reminds me of some songs from RARE. It has an appealing chorus with a powerful groove to back it up, but also includes massive layers that make the song’s dynamic impact even greater.

In my opinion, the first half of the album is significantly more engaging than the second half. Most of the final songs sound out of place from the tracks in the beginning, as the tracks begin to move entirely into the synth-pop territory. “Cauterize” stands out as one of the more notable songs in the back half, mostly due to its driving nature reminiscent of post-hardcore bands like Balance and Composure and Basement. On the other hand, songs like “Why” and “Way Out” sound as if they’d fit better on a The 1975 album. It’s definitely charming to see a band experiment with different instrumentation while crafting music, but the mixture of shoegaze and synth-pop is a bit jagged during the last seven tracks.

Somewhere Nowhere definitely carries on the evolution into a new sound for Hundredth. In my opinion, plenty of the songs have pleasant moments, but the overall effect falls short compared to the band’s earlier albums. However, there’s a good chance I may be biased because I miss the intensity from albums like Free and Let Go. I think this record might grow on me with a couple more listens; it just hasn’t quite connected with me as much as their hardcore albums did. If you thoroughly enjoyed RARE, I think that you’ll find a lot of fun and new experiences waiting for you in Somewhere Nowhere. If you were holding out and hoping for the band to do a 180º and return to their heavy roots, sorry, maybe next time.