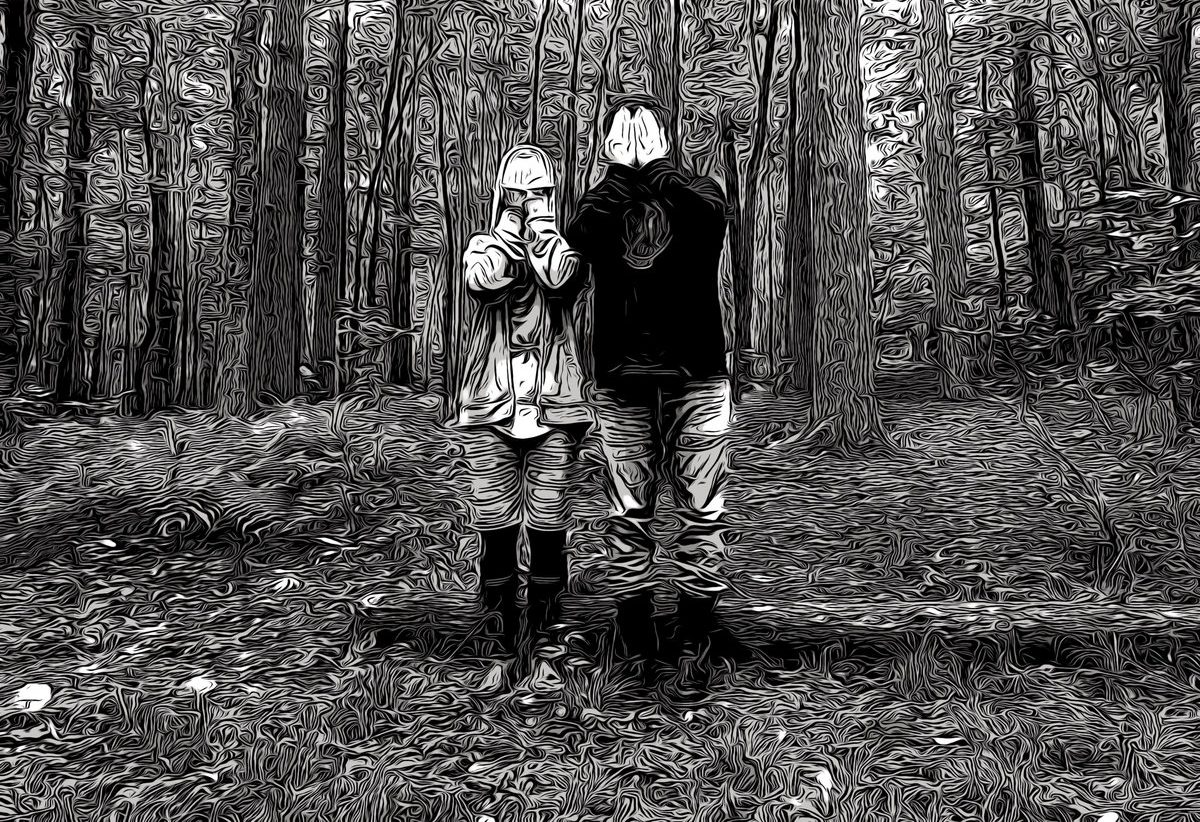 By Ashley JacobOctober 5, 2020 No Comments

Bornwithhair draw listeners into a barrage of intensity, with an uncompromising and incredibly distinct concept album.

Is it possible to have progression in a record that’s comprised primarily of noise? Apparently so, and Bornwithhair are here to prove it. Smoleńska is 70 minutes of distortion and aggressive spoken word, smashed together to create a hellish journey. There’s a lot to unpack, and you need to have a strong constitution to take on the task.

It also helps to have a backstory, as some context justifies the deep level of chaos this record transmits. Smoleńska is set within the real life story of the 1944 Warsaw uprising, and more specifically, a young artist whose design of a symbolic emblem becomes synonymous with the uprising’s turbulent and tragic timeline. Bornwithhair composer, Weirding, provides those curious enough to dig deeper with a quote that can be read on the band’s Bandcamp site:

“The story of the Uprising itself tends to be something that is either ignored or told as some sort of jingoistic fantasy where everyone’s a hero. (…) We wanted to use it as a way to explore some complex sensibilities about place, purpose, and the emotional toll of committing to a cause.”

‘Complex‘ is certainly a good description. As in keeping with the history that Weirding and Bornwithhair describe, there is no even path to victory to be found in this record. Each of the eight tracks follow a similar pattern of disarrangement. With the adrenaline-fuelled drum beats, the layers of synth, and the fragmented and ultra deep breaks of vocals and poetry, one can obtain a reminiscence of the underground industrial bands of the late ’80s. Add some consistently raspy vocals, and you have a fusion of the aforementioned with a whole lot of black/death metal thrown into the mix. The harmony of musical influence is effective, and also seems highly apt.

This is obviously not a piece of work intending to evoke any musical identity typical of Warsaw in 1944, but more an abstract delve into the musings and tribulations of the characters involved in the story. It just so happens, by Bornwithhair‘s reckonings, that these are the sounds most fitting to portray such thoughts and motives of the time and people. On considering these elements alone, this record is a commendable experiment. Clearly, Smoleńska’s intent is to dissolve composure and plunge the listener into a continuously bewildered state of fight or flight, as per the subject matter. It is more than successful in that regard.

Suffice to say that the fusion of sounds is highly impressive. Emotions and movements anarchically crash together within each track. The band utilise just about every resource in distortion and synth, and compact their sounds into dense and ever-changing layers. At over an hour, the album’s narrative is epic. It contains all the progressive hallmarks of the bombastic colliding with the peaceful. As a participant, you are put through the motions. You will drink in samples of melody and noise, and you will not be able to soak it all in at once, but the journey is memorable nonetheless.

It’s entirely reasonable for one to find no appeal in the sonic nightmares of Bornwithhair. It is abrasive by design, and there is no straightforward entrance or exit. Yet if you consider this as a soundtrack and a conceptual piece, then you can give the album credit accordingly. The musicianship and composition is, without doubt, extremely well orchestrated. The depth and layers contain uncountable treasures, and atmospherically, it is as deep and explosive a plummet into the human psyche as one can hope for. The disorder, the desperation, and the desire for triumph is all on display, in a unique and candid manner. Smoleńska is an exceptional piece of work, however you decide to perceive it.