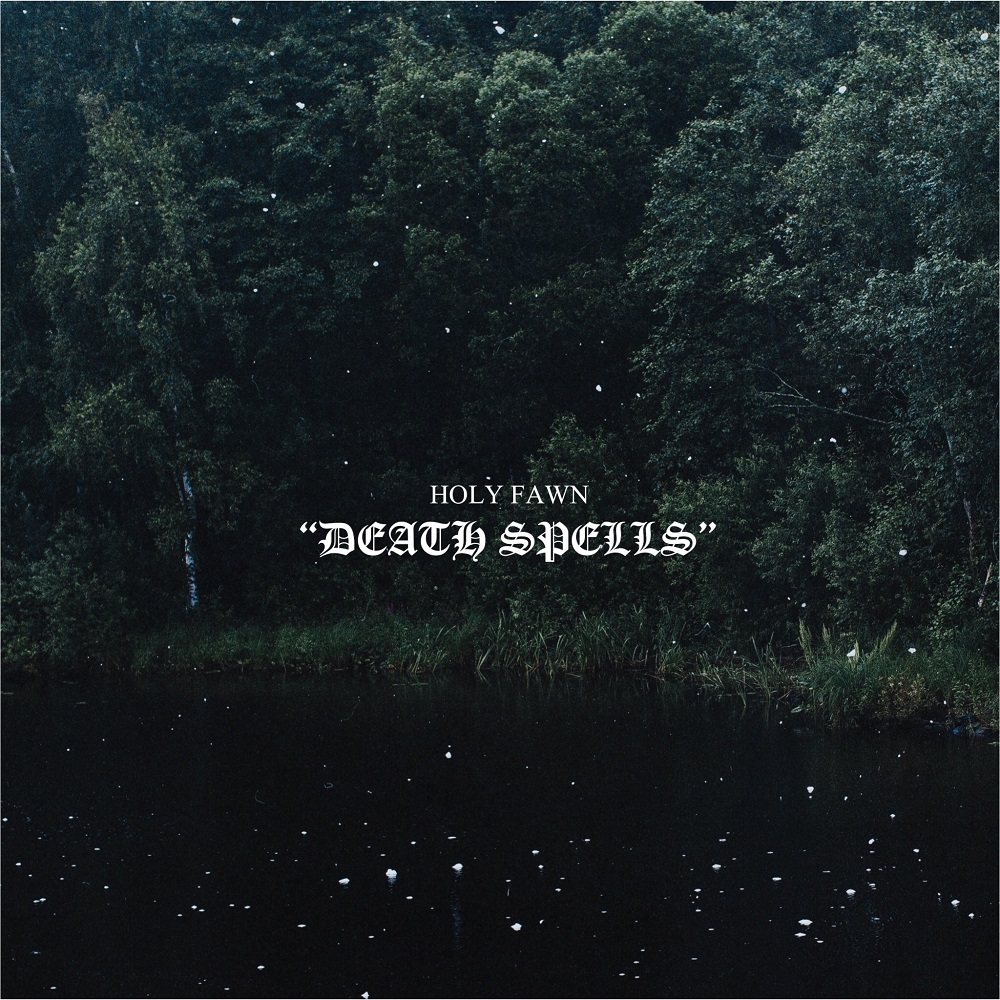 Holy Fawn have created a record like a thunderstorm with DEATH SPELLS. Amniotic, loud, and crushing, yet eerie and transcendental.

When I started playing guitar, my father bought me a delay pedal. He had no idea what it was actually for, only that you can do some ‘guitar stuff’ with it. I loved it regardless. I’d spend hours getting the delay time right and creating massive walls of sound by going nuts on the mix and feedback controls. The transcendental, earthy tone, the lush swirl of notes, or the cavernous embrace of notes drowning in echoes of themselves never failed to make me smile. Years later, I learned about a genre known as shoegaze, and I couldn’t have been happier. A whole genre dedicated to worshipping the eerie sounds of delay, reverb and modulation? Sign me up! As the years passed, I heard a good share of shoegaze, and yet bands like Holy Fawn make the process of discovering more bands the wonder that it is.

To listen to Holy Fawn’s DEATH SPELLS is like walking through a forest where you can see your own shadow walk past you into an otherworldly dream. But enough metaphors for now, let’s look into the record.

Sorry, did I say enough with the metaphors? Yeah, that isn’t happening. “Dark Stone” is the first track on the record, which is appropriately named as you will soon find out. This is the point at which you enter the forest; for me, it resembles the German black forest (in which the tree crowns are so dense, it actually drowns out the light) the most. Enchanting ambient noises lead you to the entrance, but what suddenly grabs you is the abrasive, ubiquitous growl of a guitar almost crumbling under the weight of its distortion. This massive onslaught of harmonic noise breaks up after a few seconds, only to reveal the opalescent, fragile nature of the instrumentation underneath.

As the vocals set in, the darkness of the forest that grabbed you fades in favor of letting the you experience the tranquil beauty Holy Fawn can provide. This in no way makes this part of the song less of an overwhelming experience. Reverberating vocals, sensibly played bass, and dynamic drumming shift the weight over from an acoustic to an emotional one. “Dark Stone” culminates rich textures and emotions perfectly fitting into the big picture that is DEATH SPELLS. This is their main strength, to build something cohesive, dense, and almost maze-like for your brain to try and grasp. It’s challenging, yet so enjoyable. It’s the most hedonistic thing you can indulge in that carries such a deeply rooted sadness.

Even when experimenting with faster paces, DEATH SPELLS doesn’t lose its cool. “Yawning” opens with a pearly riff, possessing the urgency to build into a vivid and illustrious soundscape. The busy drum work, in going through various fills, acts like a bigger, slower creature trying to get to the same place the lighter instrumentation is moving towards. When all parts come together, they amalgamate into a concise picture of what the band represents. At no point do Holy Fawn lose their fragility, even though they do know how to roar and thrash, stepping into noise territory at times. It can be as simple as a single brushstroke, yet every new stroke gives life to a new painting.

I had heard DEATH SPELLS a good week before taking on this review, and the reason I did pick it up was to show my admiration for what the band created. Not even after listening to it what can’t be less than ten times have I found anything to dislike about it. The production is great and clear; it’s a blessing to behold on a good system. This may be less of a review and more of an open love letter to the record. It has landed on the top spot of my AOTY list faster than any other record has this year.