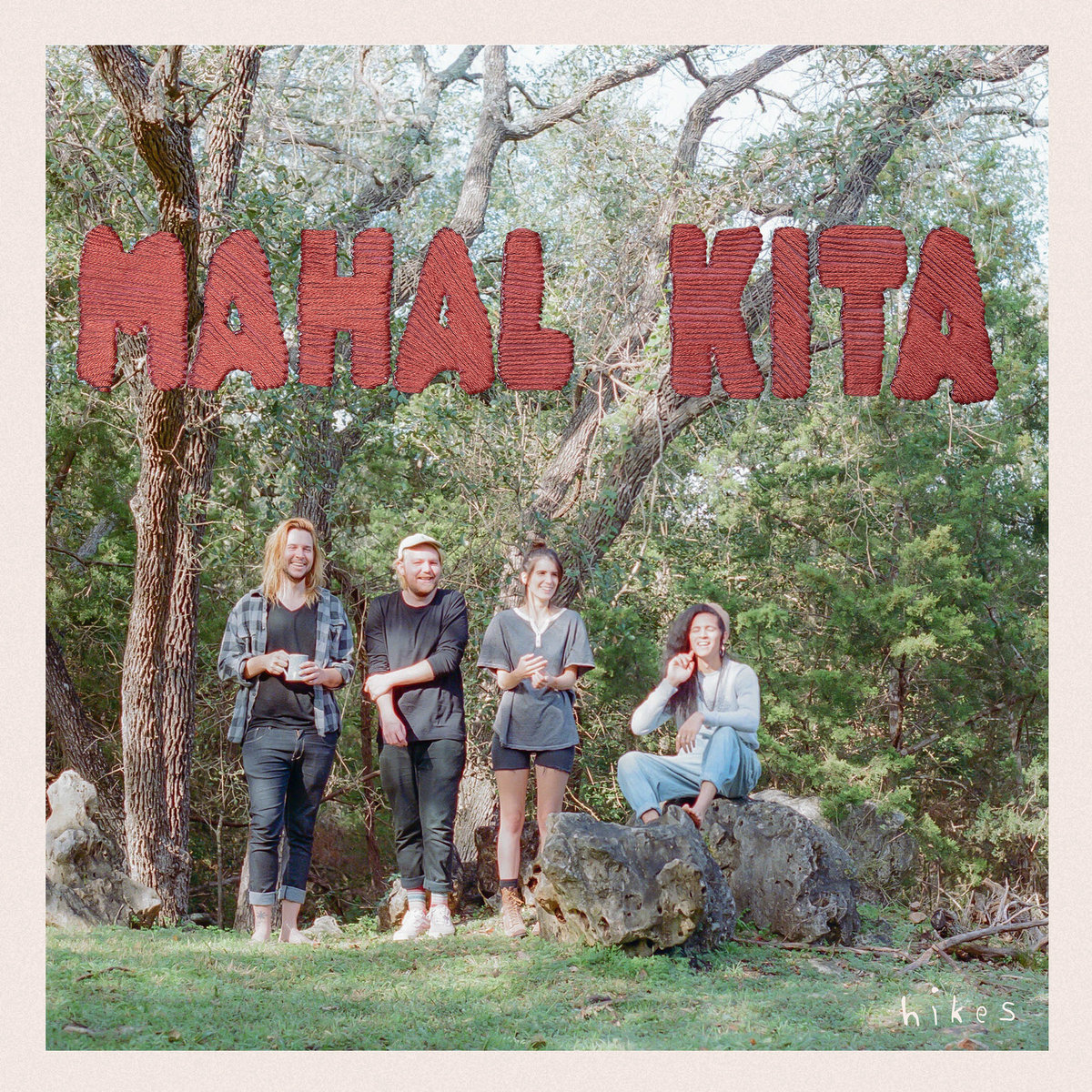 By Billie HeltonDecember 10, 2019 No Comments

Hikes are better than they’ve ever been with the absolutely beautiful Mahal Kita. If you’re a fan of the prettier end of math rock, or just great and emotional music in general, look no further.

I fell in love with Hikes after their last release Lilt, which was recorded by toe‘s guitarist extraordinaire Takaaki Mino in Japan. It was incredibly well written with a ton of intricate and technical guitar parts and a rhythm section that marched along at the perfect pace to make the 17-minute-long EP waste no time. Despite its disappointingly short length, it really stood out and put them on the map for me. Now the quartet has returned with their original members as guitarist Claire Puckett rejoined the band. They in turn made easily one of my favorite albums of 2019.

Mahal Kita is a lot of things. It is passionate, technical, fun, a little bit sad, but through it all there is one constant- it is absolutely beautiful. The wonderfully dreamy and androgynous vocals of Nay Wilkins are calming. The guitar riffs intricately weave through the mix, accentuating the whole album while rarely overpowering its counterparts save for a few climatic points in the album. The section that starts around a minute and a half into the opening track “been thinkin'” is one of my favorite instrument segments of the whole year and it’s just so pretty. The strings added in from Atlys String Quartet on the folky “graying” and even the marimba section from The Kraken Quartet on “extra mile” really just pull Mahal Kita together with an enamoring bow.

Hikes is the kind of band that is simply a group of good friends coming together to make music together, and I think that shows in their music. There are a lot of albums across any genre that feel robotic, like they are written simply to sell as opposed to being a labor of love. Mahal Kita is the Tagalog term for ‘I love you’, and I feel that love in every note of this album. Tagalog is the native tongue of Wilkins’ mother, and their emotion comes through every second of this album. From the soaring math rock moments where their voice is propelled to the slower folk moments accentuated by acoustic guitar and much softer singing.

Wilkins states this album is about the unrelenting will to make it through trauma while maintaining empathy and compassion. They learned this lesson from their mother, and Hikes is the vessel for delivering their message to the world. The band had a tumultuous couple of years leading to this album, leading to the dynamic nature of Mahal Kita as a whole. It’s got a lot of dream-pop influence in some of the softer moments, in particular to “been thinkin'”. The pretty math rock backbone of the band remains the core with tons of tapping riffs prevalent through most tracks. The snappy and bombastic drums that accompany them carry many moments of the album to new highs, while a soft acoustic passage lies in wait just behind it.

Mahal Kita is a dynamic and just extraordinary album. The tracks all feel fresh and interesting, with forward-thinking math-tinged guitar writing a la Delta Sleep, a lofty comparison for me as they’re one of my all-time favorite bands. Hikes provides an emotionally evocative and personal album that makes me feel warm in the moment, pensive of the past, and curious of the future while retaining stellar writing and tonal shifts to keep you engaged. I can’t really say enough about how much I really enjoy this album. There is little to nothing I would like to see changed about this line-up and the sound they are driving for. Hikes provided some of the most gorgeous soundscapes of the year with Mahal Kita.

The title track “mahal kita” is one of my favorite songs of the year, and might be one of my favorite songs in this whole genre. It begins with the near whispered singing of Wilkins over light instrumentation before kicking into full swing just before the minute mark. It feels more personal than most of the album, like a true look right into the heart of the group as they push their story out. There is a slow build from the two minute mark, while Wilkins repeats the line “I need it to rain”. The instruments slowly increase in sound, with the drums slow inclusion adding the intensity until a series of cymbal crashes lead to a full burst with the whole band reuniting ferociously. Wilkins vocals come back in shortly after, soaring above it all to create one of the most powerful sections of music I’ve heard all year.

Mahal Kita is an album I feel like just about anybody could find love in. It’s so pretty and airy, but packs enough of a punch that it could impress about anyone in its intense moments. The shifting tone of it throughout can evoke enough emotions that surely anyone could feel something from a piece of music that’s simply so beautiful. Hikes really outdid themselves here and I cannot recommend listening to this enough!