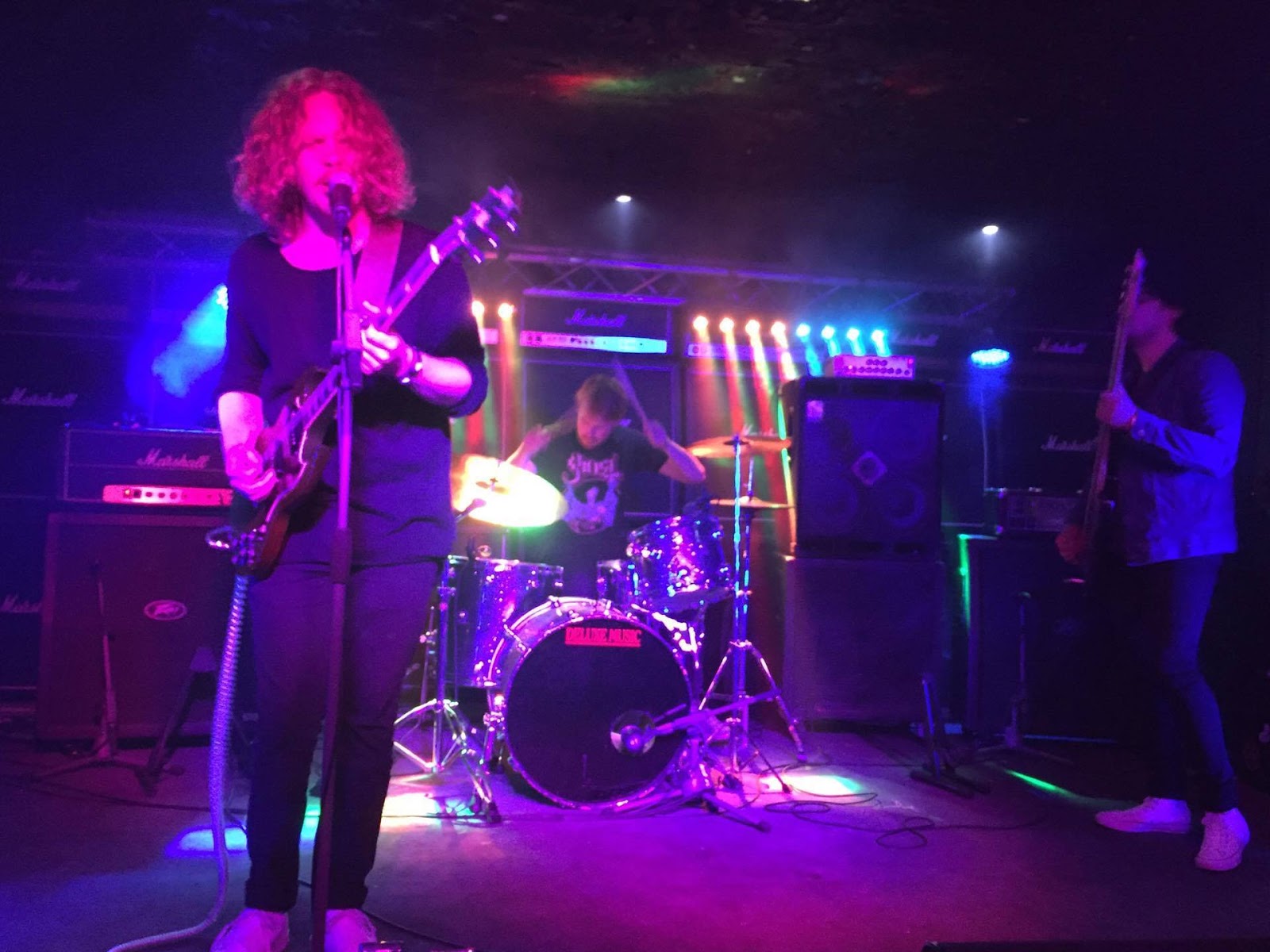 Hazemaze – “Hymns Of The Damned”

By Billie HeltonDecember 11, 2019 No Comments

In a year generally lacking in great stoner rock, Hazemaze deliver some incredibly fun, riff-laden jams with Hymns Of The Damned.

2019 has been an absolute blast for good music. One genre I have personally found lacking is stoner, with a few hidden gems aside. So what a great year-end surprise is it to be handed something like Hymns Of The Damned? This Swedish act is everything you could desire when looking for some smoky, 70s infused rock and roll.

Hazemaze absolutely blasts you with punchy riffs from the jump. There really isn’t any second of this album that you won’t feel like nodding your head along. The heavy, distorted guitars put down lick after lick, backed by a stellar drum groove and thick bass that isn’t afraid to stand out in the mix and be heard. The vocals meet somewhere between Ozzy Osborne and Jus Oborn, with the music not being far off the latter at times. When it comes to the solos, it’s just a step away from the former in moments.

Hymns Of The Damned is an album that plays it pretty safe. There’s no deviation from a pretty set formula, and that formula has nearly forty years of refining at this point. While it’s always nice to see bands break the mold, it’s not always necessary. Sometimes it’s really nice for a group of musicians to just make some tasty riffs and pound out some tunes, and Hazemaze has you covered in that regard. “Shadow In The Night” starts the album off strong by laying down the framework for everything to come. The psychedelic-tinged doom rock grooves along, spiking with ripping solos in almost every track, and it just works because it rocks the whole damn time.

You may not think twice about the tone of this album if you were just listening to it casually. When taking a look at the track names, or listen deeper into the lyrics, Hymns Of The Damned is a surprisingly heavy listen thematically. The name is pretty indicative of the fact, but this is a dark album. The song in particular that stood out to me and actually made me listen more to the lyrics is “Green River”, a hymn to the prolific ‘Green River Killer’, serial killer Gary Ridgway. Ridgway was sentenced to prison for 48 separate murder charges in the Pacific Northwest, and thought to have done many more. It threw me for a loop the first time I listened and realized what this song is about!

“Reverend Death” chimes in on George Exoo, a minister from my home state of Ohio who was a noted assisted suicide activist and claimed to have been involved with at least 102 of them. I’m almost certain most of the other tracks follow this theme and are about other noted criminals and people surrounded by death. I’m not as certain on this one, but it wouldn’t surprise me if “Lobotomy” was about Jeffrey Dahmer, who was known to lobotomize victims and pour acid into their brains in an attempt to make them zombie-like so they couldn’t escape. The whole album is pretty twisted, but oh so good as it pummels forward in all its hazy glory.

If you’re in the mood for some fuzzy, classic jams, Hazemaze has you covered. Don’t expect them to reinvent the wheel; there’s no need when it can clearly pack on many more miles. Hymns Of The Damned is damn fun, and a great way to crank out 40 minutes of your day. If you are a stoner/doom rock fan, do yourself a favor and jump right on this album.