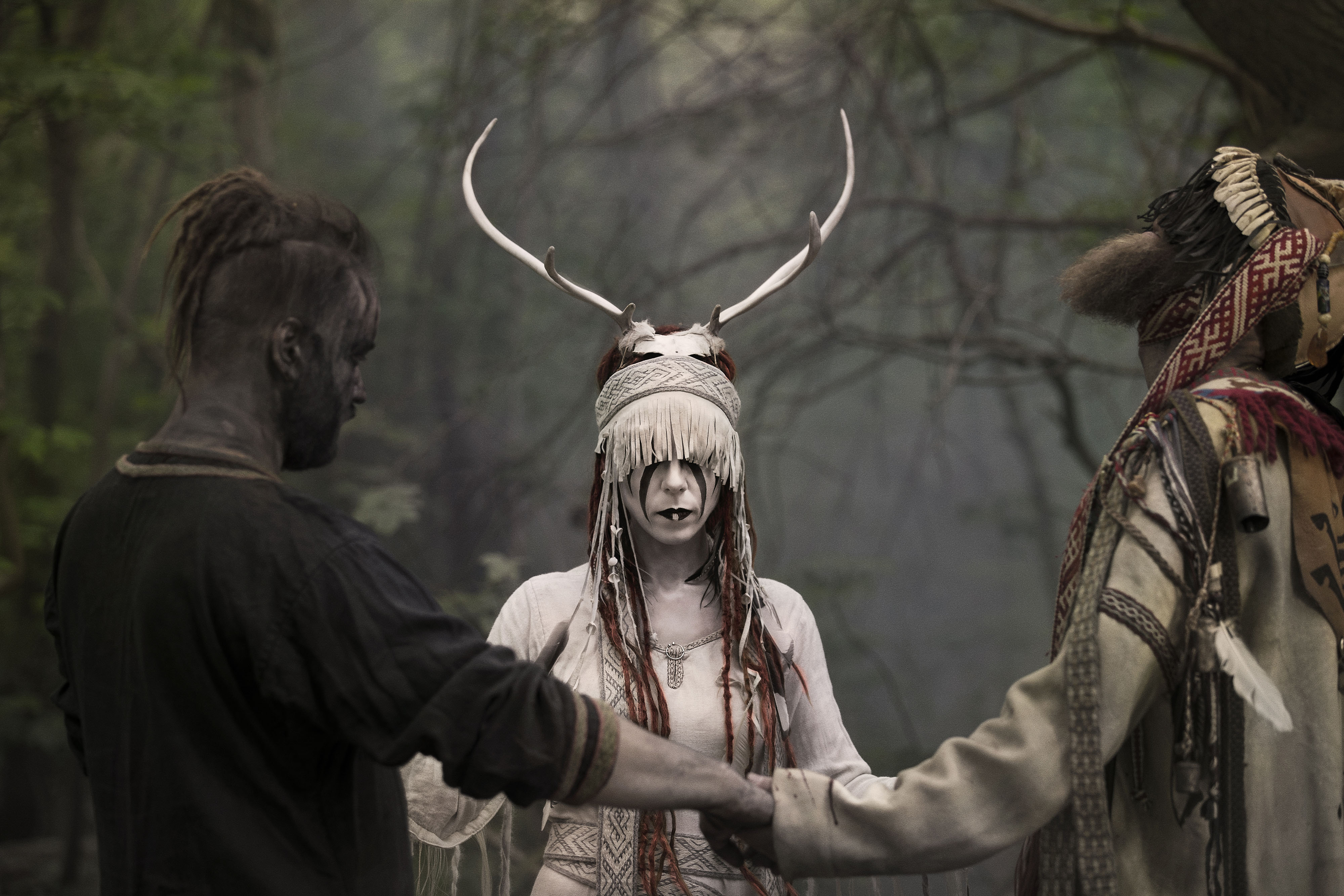 With Futha, Heilung go once more into the breach to amplify history for us mere mortals. But is the overly long run time and lack of refinement worth the investment?

Amplified history may come across as another of those highfalutin genre tags tossed around on subreddits by obsessive music collectors. But in the case of Heilung their carefully constructed approach to authentic neo-folk defies all other attempts to explain their sound to the uninitiated.

The multinational trio have been intent on waging a war for musical supremacy since their debut offering in 2015. Jump forward just 4 short years and the band are set to let loose their third oblation in Futha. This namesake is taken from the first four characters of the Elder Furthark runic alphabet, an ancient language believed by some to contain deep magic. Heilung are nothing if not dedicated to their craft.

Futha seeks to find its place as the feminine counterpart to an incredibly masculine Ofnir, the bands’ aforementioned first release, in turn bringing vocalist Maria Franz’ ethereal voice to the foreground. This multilingual offering pools the collective languages of a Northern medieval Europe, many of these languages long resigned to the history books or refined into dialects more familiar today. The lyrical content focuses on magic, incantation, and spell-casting in such an earnest way, that while it is unique it also is truly beguiling.

Given the lyrical content and the bands’ disjointed approach to composition a traditional review may not encompass the thematic essence of the record, nor provide it enough depth to truly pass judgment. Think of the record as a blade, carefully being honed to a razor-sharp potential, a handle being whittled down to fit the eventual user’s hand. Futha seeks to do this through ritual incantation in “Othan” with its traditional drums and multi-vocal chants. Then there is the deeply disturbing “Elivagar”, an unrelentingly cold piece, this ode to glaciers is savagely cutting and the frozen atmosphere is palpable. The production throughout the record is suitably expansive, and at times truly exemplary, it’s just a shame that the final product fails to hit the target.

Clocking in at over 70 minutes; Futha isn’t a casual affair, often overstaying its run time through numerous repetitive passages that often lack direction. The subject matter and effects interjected throughout this record to add authenticity from the muffled screams to flying arrows are more often than not distracting to the narrative. Futha goes a very long way to build a world that is as authentic as possible but ultimately, there is still a fair amount of finessing to be done.

Heilung attempt to tread that precarious line between scholars of ancient history and a well-crafted gimmick. Their inclusion of traditional instrumentation, clothing, and effects add a layer of originality over bands within the same sphere, Amon Amarth for example who’s approach to similar subject matter comes across as something infinitely more shallow aesthetically.

However, music is not purely about aesthetics, and this is where Heilung truly fall short. While this is an album that contains a number of incredible and powerful moments, ultimately as a sum of its parts it fails to maintain its quality, over an inadvisably extended running time. Heilung are admirably committed to their craft and have clearly spent a lot of time on this record, but sadly, their overindulgence has crafted an exquisite sounding journey into the ancient past that isn’t worth taking.