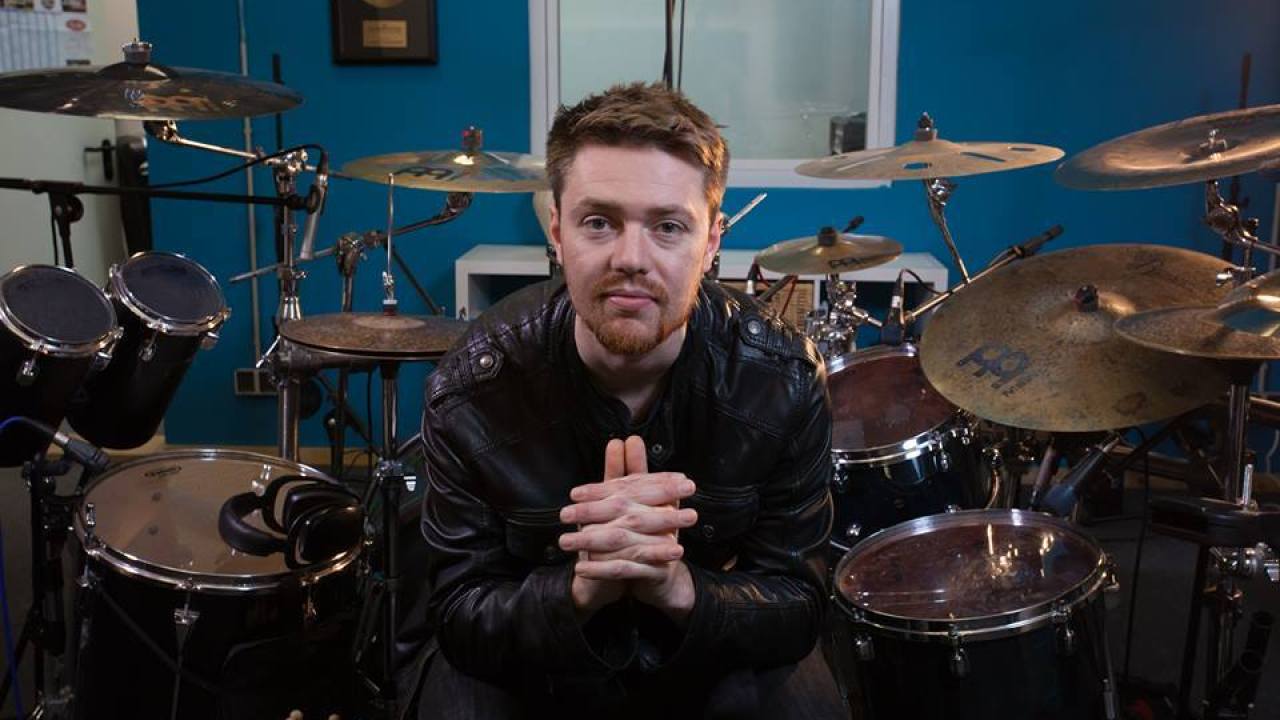 By Robert MiklosApril 3, 2019 No Comments

Hannes Grossmann is back with a new album and it’s a major improvement compared to the previous records. Prog/tech death metal lovers can definitely get some serious bang out of this record.

Hannes Grossmann is a musician who really needs no further introduction. The drummer has worked with some of the bigger names in death metal and now he has unleashed upon us his third solo album. The musicians accompanying him on the album are well versed and very much on par. This offers us the certainty of great performance right from the start. There are even a few guest spots, one of which goes to Jeff Loomis on the first track, where one of his trademark solos can be heard. The second spot is taken by Marty Friedman with a solo on “Vacant Dreams”. The final guest is Christian Muenzner, who offers his guitar solo chops to “They” and the title track.

Apophenia seems to have two types of songs: the good… and the not so good. Let’s start with the highlights. The album begins with a mammoth ten minute song which is a very welcome sight. “Deep” begins slowly, with a misleading vibe as to what will ensue afterwards. There is a good amount of variety across the song, keeping the listener engaged. The way the track alternates between various tempos and stylistic elements is done with good taste. The song is neither rushed nor repetitive. This level of composure is consistent throughout the album, and it is easily one of its strengths. In a similar fashion “They” manages to stand out due to its rather erratic chorus which is remarkably different from any of the other bits that are revisited in. The final track boasts a generous amount of engagement and wraps up things with a very sweet acoustic solo near the end, which is followed by a pretty nasty riff section.

Moving on to the less remarkable parts of the album, “Reeks Insidious”, “The War on Intelligence”, and “Vacant Dreams” adhere strongly to a rather old-school technical death metal aesthetic. They are well rounded, driving the record forward, however lacking (in my opinion) a focus on riffage. Instead, emphasis seems to fall heavily on the lead guitars across the album. Unfortunately, I would also note that there aren’t really any particularly memorable bits across these three tracks, despite their solid delivery. “Dianetics Declined” falls into the same category as the aforementioned pack, driving things forward and not much else. The title track stands out with a really catchy opening lick which is revisited a few times throughout the song.

The production of the album is good, but I’m not very fond of it personally to be perfectly honest. It feels like there isn’t enough heft sent our way via this tech death medium. It just doesn’t feel like death metal. But I must admit the fidelity aspect of the production is very welcome and is one of the greater strengths of this album. Every little accent and note pops effortlessly at any given moment. You just don’t need to put in any effort at all to experience all the details. And it shouldn’t even require mention, but the level of instrumental execution is spectacular on this record. Everyone is offering a top tier performance, especially Hannes behind the kit. It may be that this particular style of production was chosen to highlight this, despite not complementing the tunes themselves that well.

At the end of Apophenia, it is noticeable that massive steps have been made since the previous and first album on all levels. The songwriting is more engaging, the production is much more refined, and it feels like the performance aspect has increased. This is very refreshing and welcome to see. There is, however, a certain lack of identity which may be subject to evolution on future records. While the album itself may not be a truly memorable affair, it is a solid piece of work with amazing performances. People who enjoy extreme tunes will likely welcome this record with open arms, as did I.