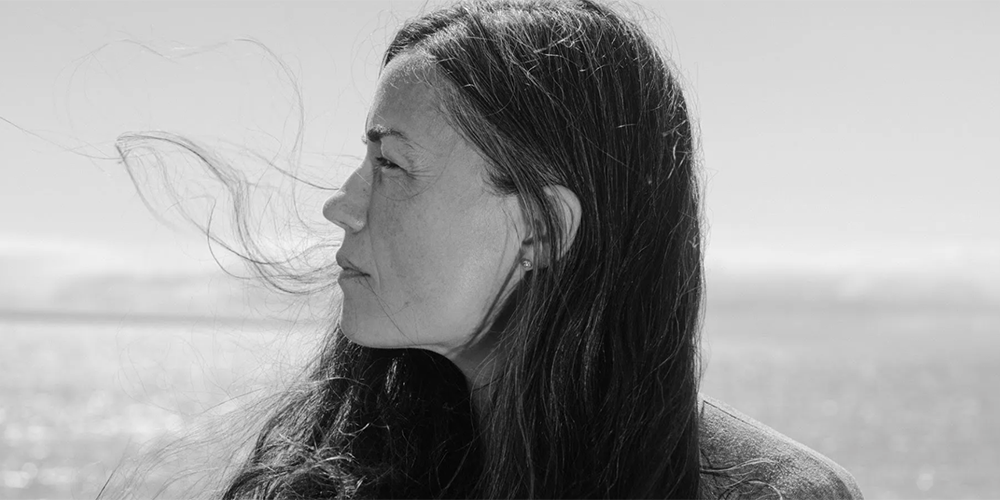 By Dominik BöhmerOctober 22, 2021 No Comments

Shade is one of the most devastatingly vulnerable acts of musical self-expression within Liz Harris’ repertoire as Grouper.

For many a music lover in- and outside the ambient/drone music bubble (yours truly very much included), it feels like a minor national holiday every time Liz Harris alias Grouper releases a new record. Over the last 16-ish years, the now Astoria, Portland-based musician and visual artist established herself as one of the most quietly influential voices within the aforementioned genres, all while retaining a remarkable sense of privacy – not much is known about her life before or during her career. Not that it would matter anyway; what really counts is the art itself, and her illustrious discography (both solo and collaborative) speaks to her continuous devotion to her craft.

Now, it’s probably old news to you and me alike that Harris mainly deals in hushed, aloof compositions; even at its most belligerent, her work as Grouper resembles more closely a hypnotic rumble than anything actively malevolent. While her latest offering Shade has more in common with the folk inflections of Dragging a Dead Deer Up a Hill (2008) and The Man Who Died In His Boat (2013) than the pure drone of records like Cover the Windows and the Walls (2007), the one release it actually shares the most of its artistic DNA with is Harris’ 2014 solo piano outlier Ruins.

You see, where previous records saw her music reveling in varying degrees of layering and willful obfuscation, the deliberately stripped-back aesthetic of Ruins was Harris at her rawest, most vulnerable state of expression. With nothing more than a piano, her voice, and found sounds, she captured a hitherto unseen level of fragility in her music, and that’s saying a lot. Shade, with its similarly restricted palette of vocals, (acoustic) guitar, and minimal effects, carries much of the same airy, transient weight.

I will omit any discussion of the two previously released singles under the assumption that anyone who’d care to read this review has already heard them; my personal highlights lie elsewhere on the record anyway. Among those would be the washed-out, faltering dream folk of “Disordered Minds”, which, surprisingly enough, brings out a Gas-esque 4/4 beat towards the end; “Basement Mix” with its beautiful layering of Harris’ soft vocals; and, last but not least, the wide-open, upfront closer “Kelso (Blue sky)”.

With its songs being recorded at and compiled from different sessions over the past 15 years, you’d be forgiven to expect Shade to play out more like a compilation than a proper album – a drawn-out gestation period like this usually doesn’t lend itself to the internal cohesion of a record too well. Despite the temporal (and spatial) disconnect that threatens to drive a wedge between them, though, these 9 tracks flow together beautifully, as if they were hand-picked by Harris from a wealth of demo material to fit into an overarching aesthetic vision.

If not right away, you will undoubtedly know what I mean by the above once you’ve encountered the transition from “The way her hair falls” into “Promise”; the way Harris made the quiet, softly entangling folk of the former track feed into the latter still gives me the chills. It’s nothing more than a simple whisper, yet it connects these two simple, skeletal folk songs so effectively, so intimately that I can’t imagine them being presented in any other way than this. For many artists, this would’ve been a throwaway moment, something that would eventually be left on the cutting room floor as the recording process wears on. Here, it’s framed as a key detail, a rare, unfiltered glimpse at the human element working behind the scenes, which I adore.

Shade will undoubtedly find its own comfortable place among the rest of Harris’ discography as Grouper, and not only for previous fans either. Much like Dragging a Dead Deer Up a Hill, it would make for a perfectly accessible entry point into her work, most of which I would wholeheartedly recommend to anyone, from my closest friends to random pedestrians out on the street. In taking cues from several of the artistic directions she has taken with previous recordings, Harris has imbued Shade with a quiet, but arresting sense of purpose, which will make it a Grouper album to be cherished for years to come in the eyes of many.