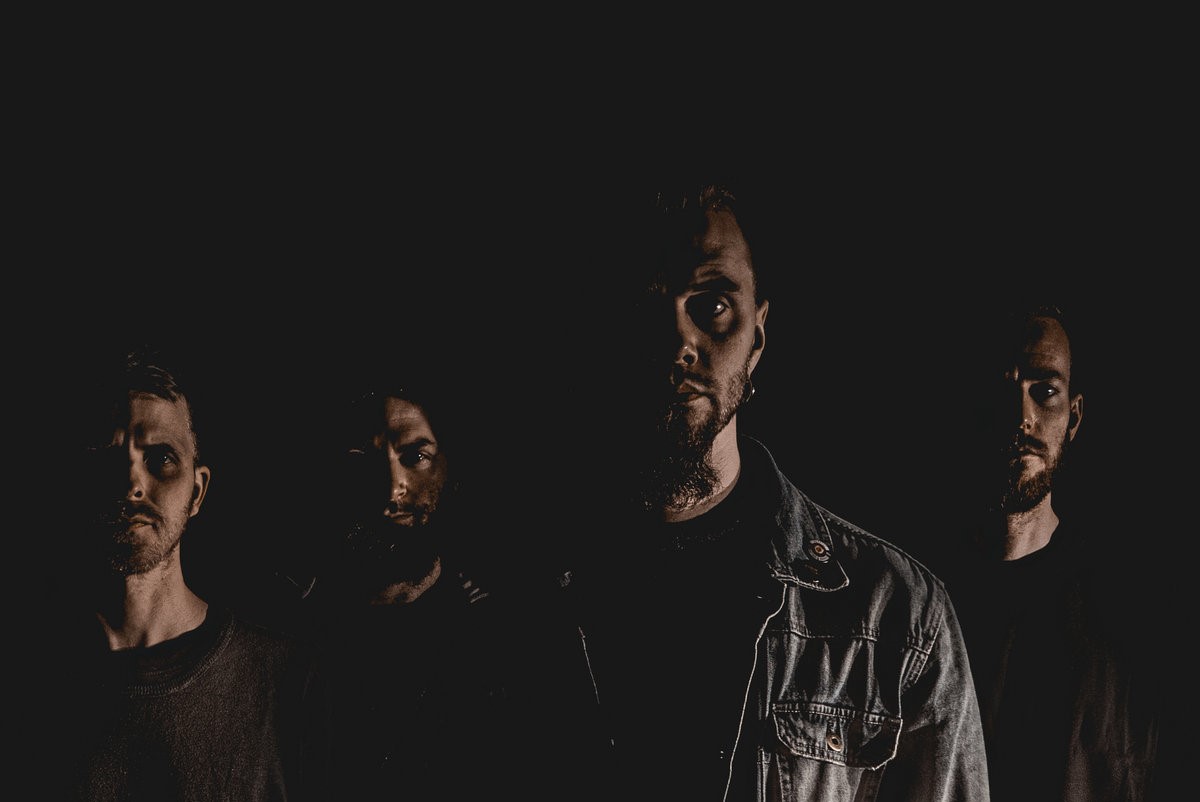 By Pete OverellFebruary 22, 2022 No Comments

Bear witness to 2022’s finest metal record so far, a crushing rendition of the essence of post-metal and sludge, with esoteric riffs that shatter planets. Gloson‘s The Rift is not to be missed.

The Rift, the latest record by Swedish metal outfit Gloson, perfectly showcases what the post-metal genre has grown into – not only from a compositional and instrumental level, but also from a recording standpoint. Everything about this album screams high quality, with the band pushing the challenge further by packing all of these successes into impressive, sprawling tracks that often eclipse the nine-minute mark. This six-track album is certainly going to wake you up from your winter woes, that is for sure.

Fittingly, I write this review whilst my building is pummelled by the heaviest storm the UK has seen in 35 years. As the winds whip a frenzy up outside, the deconstruction of my brain molecules ensues inside. Gloson isn’t heavy for the sake of being heavy, though. Whilst this might be subjective, I feel they don’t stray too far into extreme territories, instead opting for clean, sludgy riffs packed with tons of energy and layers. At times you’ll hear instances of blackened post-metal too, deftly arranged for maximum effect.

Gloson don’t fuck around with a long introduction, they get straight down to brass tacks with the opening track, “Stygian and Aberrent”. The opening salvo, a marching riff that sews chaos into the air around my speakers, is equal parts punishing and groovy. The guttural roars of the lead singer (who I believe to be Christian Larsson), are a force to be reckoned with, and it certainly helps that he has the backing of two bandmates on vocals to create an impressive storm of vociferous sound. You feel swept away by the awe-inspiring intensity of each track, and as the tracks get even longer towards the end of the album, it feels like a full-on battle.

The lyrics for the album look at the complexity of the human race, discussing the duality of our purity and brutality, before finally commenting on how this will lead to our demise long-term. “Windbearer”, the second track, is a great example of how the savaging lyrics works so well with the monstrous instrumental compositions, with the combination around the three-minute mark feeling like an intergalactic war to decide the final gasps of the species.

Looping back to what I’d mentioned earlier about this being a complete post-metal package, you’ll no doubt have heard in these first two tracks how outstanding the mixing and mastering of this record is. It perfectly tows the line between clean and fuzz, the crackling distortion let to run wild when needed but tightened up when it is time for the verbose layers to play their part. The spacing between instruments is exceptional, allowing the listener to pick up a new instrument or focal point in the track on each listen, and those vocals… Fucking hell, do they sound good.

Compared to their debut album Grimen, it is so much cleaner and feels on a whole other planetary scale. The first is by no means a letdown, the riffs and songwriting talent are still there, but it feels so much smaller in comparison. Such progression in four years must be lauded, as many bands take a number of steps to reach the lofty heights we see with The Rift. Especially as the tracks drag out past the ten-minute mark in the latter stages of the record, the band keep snatching your attention back with barrages of sound that don’t feel entirely possible. I’m often left wondering, ‘how the fuck can you get this heavy, without being obnoxious?’

The Rift is an exceptionally well-written, played, and recorded album, well worth your time picking up. Gloson have got elements of some of the best post-metal of the last few years, spanning from the big dogs like Cult of Luna and Conjurer, to the grittier side, with flashes of Epiphanic Truth hitting when they do dial back the wall of sound. Needless to say, I’ve got the wax coming in the post over the next month, and I look forward to consuming this en masse before planting it firmly on my album of the year list for 2022. Make sure you do too.