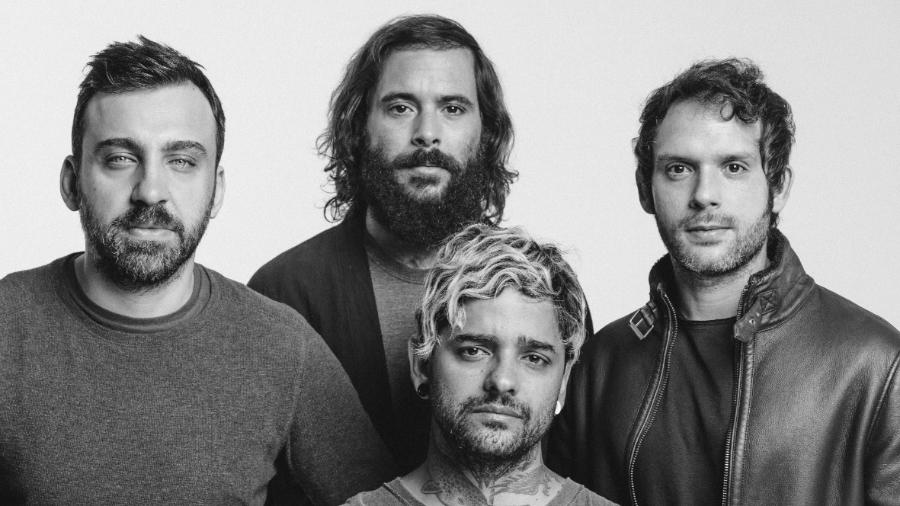 On sua alegria foi cancelada, Fresno impressively manage layers of sounds and styles without sacrificing clarity or coherence, while at times leaning too heavily on downtempo balladry.

There’s a lot of fun to be had diving into the unknown. Feeling inclined towards a stroll outside my comfort zone, I reached out to a member of the Everything is Noise editorial team in search of something I wouldn’t have come across before. This, readers, is how I was introduced to sua alegria foi cancelada, the eighth studio album by Brazilian experimental alt. rock outfit Fresno.

I had never heard of Fresno before. I was totally ignorant of their history, and as such took it upon myself to make myself more familiar with them. A somewhat difficult undertaking, considering their output is largely in Portuguese, but with the help of Google Translate I was soon on my way. I learned, for instance, that they’ve been around for a while. They kicked things off back in ’99 and have been pretty prolific since – even enjoying a following of one million strong on Twitter. I largely stayed clear of their earlier output for purposes of providing a blank-slate opinion on this latest release, but a quick skim through their earlier material suggested a career built off punky alternative rock interlaced with occasional spacey moments reminiscent of bands like Muse. Devoid of detailed context, and largely unsure of what to expect, it was under these circumstances that I dove into what was ultimately an experimental, fun, and uneven modern rock experience.

From the get go I was treated to a one-two punch that couldn’t have been a better sampling of things to come. Opening track “O Arrocha Mais Triste do Mundo” begins with a washed out beat and crooned vocals. The track is relatively low-key, downtempo and calculated. It consistently and seamlessly adds layers of instruments and sounds over the course of its three minute run time – perfectly introducing the album and setting a reflective mood, due in part to the digital sheen provided by the production. As “Mundo” is abruptly cut off, the second track, “We’ll Fight Together,” knocks its way into your eardrums with a groovy rock n’ roll riff. This is another side to the band: louder, more aggressive, and with more grit to the vocals. The approach to production remains similar to the previous track, giving the song an immersive saturation, and digital quality. The two tracks complement each other well, and do a comprehensive job laying the groundwork and establishing the album’s overall tone.

This back and forth of styles continues throughout, with tracks like “Natureza” and “Convicção” particularly hitting the mark, with an impressive balance of electronic sounds and conventional rock instrumentation comfortably coexisting. Funk-metal breakdowns are dished out with confidence alongside 80’s synth flourishes and you don’t even blink twice from how natural the band makes it sound. It’s an impressive accomplishment, and I found these moments to be enjoyable and at times truly great.

However, the album is significantly skewed towards the downtempo elements within Fresno’s sonic arsenal, often to its detriment. In this category of songs, the heavier riffs and more abrasive vocals are discarded for a greater emphasis on instrumental layering and 90’s R’n’B sensitivity. This can wear thin at times, particularly towards the end of the album, wherein three such tracks conclude affairs with momentum-killing back to back balladry. This is less a reflection on songwriting as it is on pacing, as these slower songs can be strong too. The album’s title track is a great example. It pairs front man/guitarist Lucas Silveira’s vocals with featuring vocalist Jade Baraldo in a duet that had me initially thinking Fresno had gone trap, before drugged out breakbeats swooped in to surprise me with lounge-y trip-hop vibes.

The common thread tying the record together is Silveira’s crooning and high pitched vocals – not to my taste, but which listeners might easily find appealing. Regardless of your preferences, Silveira is an expressive presence in moments both loud and calm, which I found allowed me to grasp the emotional hook of each track despite being unable to understand the album’s Portuguese lyrics.

sua alegria foi cancelada offers much to appreciate, including strong production, smooth vibes, effortless layering of organic and synthetic sounds, driving alt. rock, and passionate vocals (among a long list of other positive attributes.) While many elements didn’t do it for me, they were not bad or unlistenable, and it is easy to imagine that what didn’t grab me might grab others. While I wish the fleeting aggressive moments were more prevalent, and that the last three tracks had been distributed differently, the overall balance comes together well enough. Not too abrasive for those afraid of loud rock, experimental enough to make you do a double take on a number of occasions, and impressively coherent, there’s no denying it’s a creative achievement.