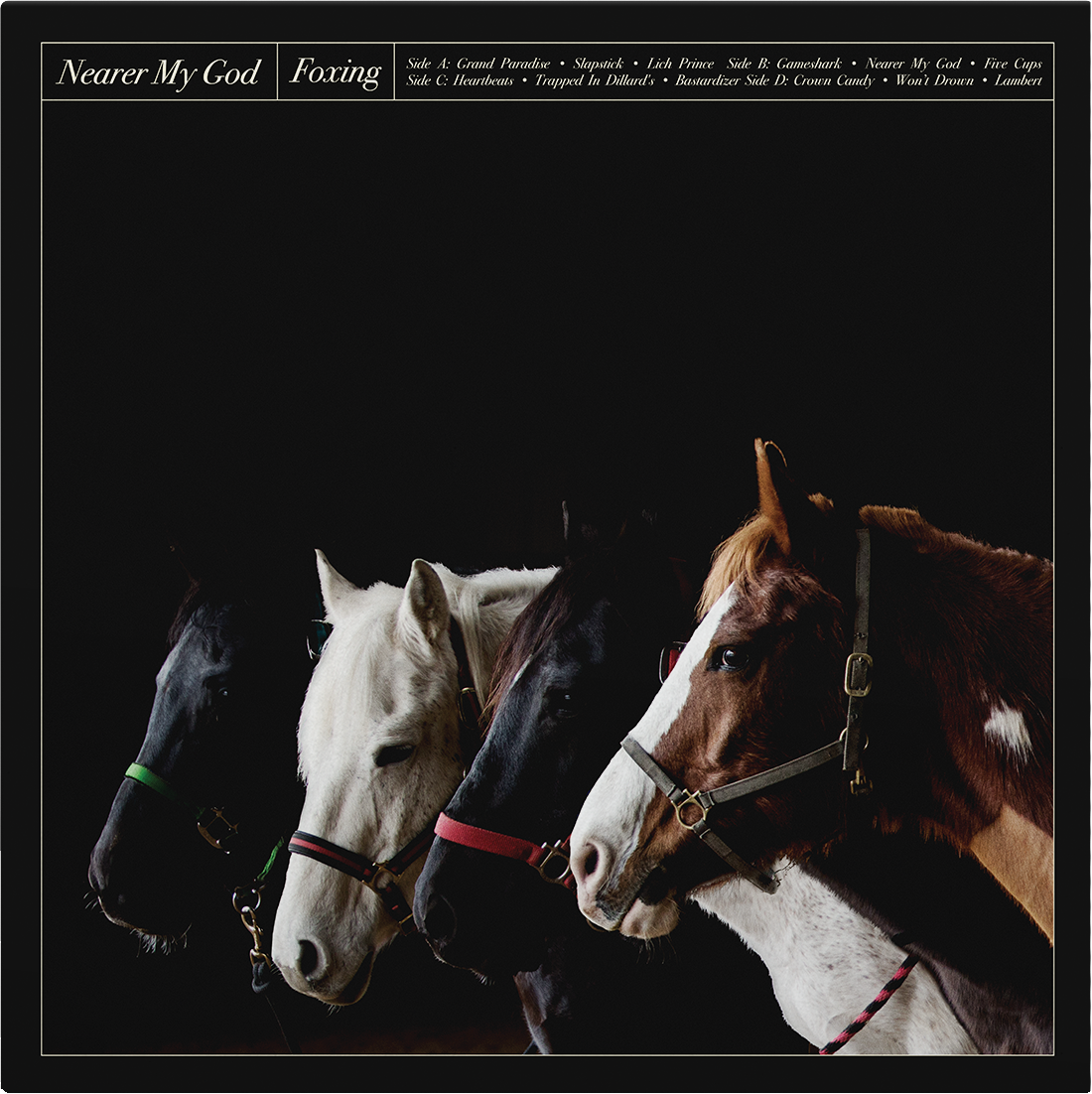 Foxing take the next logical step and strive away from their emo-influenced post-rock sound. A worthy transition into catchy indie, pop music with a decent use of modern electronica.

It’s been a while since I first started listening to Foxing. I still remember my first spin of The Albatross and being overwhelmed by the vocal work and how fragile it sounded to my ears. Their Audiotree Session also showed how passionate this band is about their music. But let’s take a listen to Nearer My God.

Kicking off with “Grand Paradise”, Foxing make their electronic-influenced sound audible, while singer Conor Murphy explores his high falsetto range. The vocals even create a gospel-esque feeling, which makes the opening song a very diverse experience.

However, a post-rock influence is also detectable. It almost seems like the aural transition that Foxing underwent in their career shimmers through this new record. In comparison to the band’s earlier records, this new album is more of an indie one than a rock album.

There’re a lot of elements here that might be reminiscent of The 1975, especially vocally. Some of the songs seem to be very solid pop anthems with a slight touch of rock. Listen to “Lich Prince” and you will get an idea of this. The first three songs transcend from electronic-driven indie-pop songs to their rocky climax and even feature guitar soloing. These transitions keep the music very engaging.

Sometimes Foxing sound similar to Foals, with their quirky and minimalist guitar parts and a clear vocal focus. Sometimes they are only themselves. A good example of this individuality might be “Gameshark”. After my first spin, I went back to listen to this track again, and again, and again. The reason for this is simple; “Gameshark” has this vibrant and dancy attitude. It changes up the tone of the record with some variety that is undoubtedly needed after three straight tracks. Kinky synth play adds to this intensity and is omnipresent on the whole record, even if it’s detailed and hidden at some parts.

But Foxing didn’t reject their roots. “Crown Candy” relives the emo aspect in Foxing‘s music and sounds more depressed and a bit more emotional in comparison to the other songs. A light dissonant aspect adds to the music, which makes this song feel uncomfortable in its harmony. This uncomfortable feeling is also present in the vocals, which are cheesy at times. It’s not that easy to listen to Nearer My God; your colleagues might wonder what you’re even listening to, especially if you’re the ‘hardcore’ guy. But even if it might feel strange, Foxing‘s approach just works out so well in the songs on this record.

Another aspect that I really enjoyed on some songs off this record is their vitalizing drive. Even if I don’t consider myself a dancer at all, all I want to do is just start moving to these songs. It’s the dynamic component on several songs like “Gameshark” or “Heartbeats” that really pushes them forward. Furthermore, the very detailed work, multiple vocal layers, and use of strings on some songs really create a unique vibe on each and every single track.

Closed by “Lambert”, Conor once again shows off his ability to sing, which is the selling point on Foxing‘s new record. He can sing, loud, low and high as a tenor, while never losing his emotional expression. Although his vocals may not be to everyone’s tastes, if you do like them, you will be blown away by his ability.

The tracks on Nearer My God aren’t necessarily connected on a conceptual level. The songs on this new record stand for themselves and create a very diversified mixture that seems to be somehow cohesive at the end. Nearer My God is straight and grants a great mass appeal that might open up Foxing‘s career and let them play for even bigger audiences. It’s not a sellout; it’s musical improvement and growth instead.