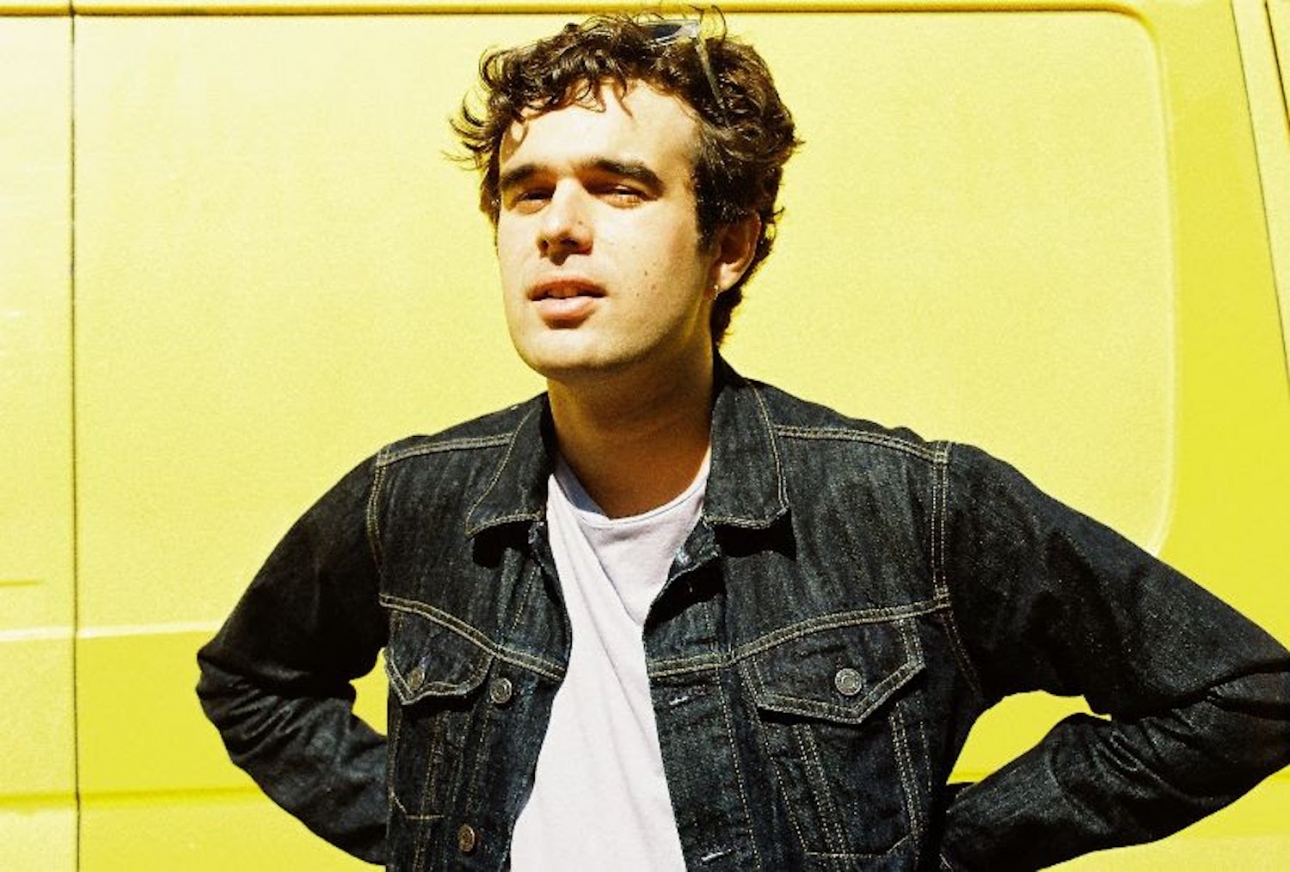 Fake Laugh’s Dining Alone is a very fun and catchy album – I feel like I should be cruising around on a summer night with the windows down when I listen to it. I had never heard of Fake Laugh before, but have since started listening to all of their music. The mastermind behind the sound is Kamran Khan, who is currently residing in London, UK. Dining Alone is the second full-length album released by the artist.

Dining Alone is a very versatile album. While being mellow enough to listen to around the house, it also has enough excitement to throw on at gatherings and parties. Khan’s light and refreshing voice soothes the mind and gives the album a feel much like Canadian artist Andy Shauf’s. The calm voice, paired with the sound of an acoustic guitar, is a staple in Shauf’s sound, which Fake Laugh seems to have taken a liking to as well. To contrast the calm vibe on the album, sounds that can only be described as video game alerts and soundtracks pop up in a few tracks. “Ever Imagine” and “If You Don’t Wanna Know” are both songs that showcase this video game feel. They are both quite lively and charming. In my opinion, these two tracks are what makes the album so enjoyable to listen to; I can’t help bopping my head along when they start playing.

The ten-track album is only 29 minutes long, which means that some of the songs are pretty short. I like this about Dining Alone, though, because it allows the artist to showcase their versatility and show a snapshot of their different styles. Some songs are slower ballads, some are more up-tempo with fun energy, and some are melancholic instrumental tracks. “A Memory”, the last track on the album, stands out from the rest because of its versatile sound. It starts off with a funky bass line and slowly adds in the other instruments. This build-up is a nice way to finish off the album.

I noticed that Khan likes to double his vocals a lot, doing so on many of the tracks he sings on. It fills out the vocal part ever so slightly, which may be necessary because he sings in a falsetto voice for the entire album. Along with filling out some space, it also adds texture to the vocal part, complementing his smooth voice.

One of my favourite tracks on Dining Alone is its opener, “Ever Imagine”. It is short, exciting, smooth, and very memorable. I am a huge fan of instrumentals matching the vocal line, and Khan does this a few times during this track. “Ever Imagine” definitely has the most exciting percussion on the album with its syncopated snare drum beat. This song reminds me of the music playing in the background of the Sims computer game. Halfway through, the keyboard melody and sustained synth replicate the audio from the game. I think this is quite unique, and I wonder if it is intentional. This song sets the album up for a very enjoyable listen.

Another one of my favourite tracks is “If You Don’t Wanna Know”, which is the second longest song on the album, being 3:28 minutes long. This track is the most popular on the album so far, reaching over 300,000 streams on Spotify alone. Similarly to “Ever Imagine”, it features video game feels and includes a subtle synth. Along with the instrumentals in the song, the lyrics are also intriguing and organic. Khan wrote them like a message to someone, saying that they should not ask him questions if they do not want the ugly truth:

Fake Laugh also included instrumental tracks on the album. Title track “Dining Alone” and “Platze” are instrumental for the majority of their respective runtime, with light vocals coming in at the end of “Dining Alone”. They provide a nice contrast from the vocal tracks, as the artist is able to break up the album and give it a calmer feel by doing so.

I am happy that I have been introduced to this artist and will continue to follow along their musical journey. Having a specific sound, yet being versatile in it is a great skill to have and Fake Laugh has definitely achieved this! Each instrument is balanced well by creating unique sounds and weaving them together. I am impressed by this artist, and I highly recommend listening to Dining Alone.