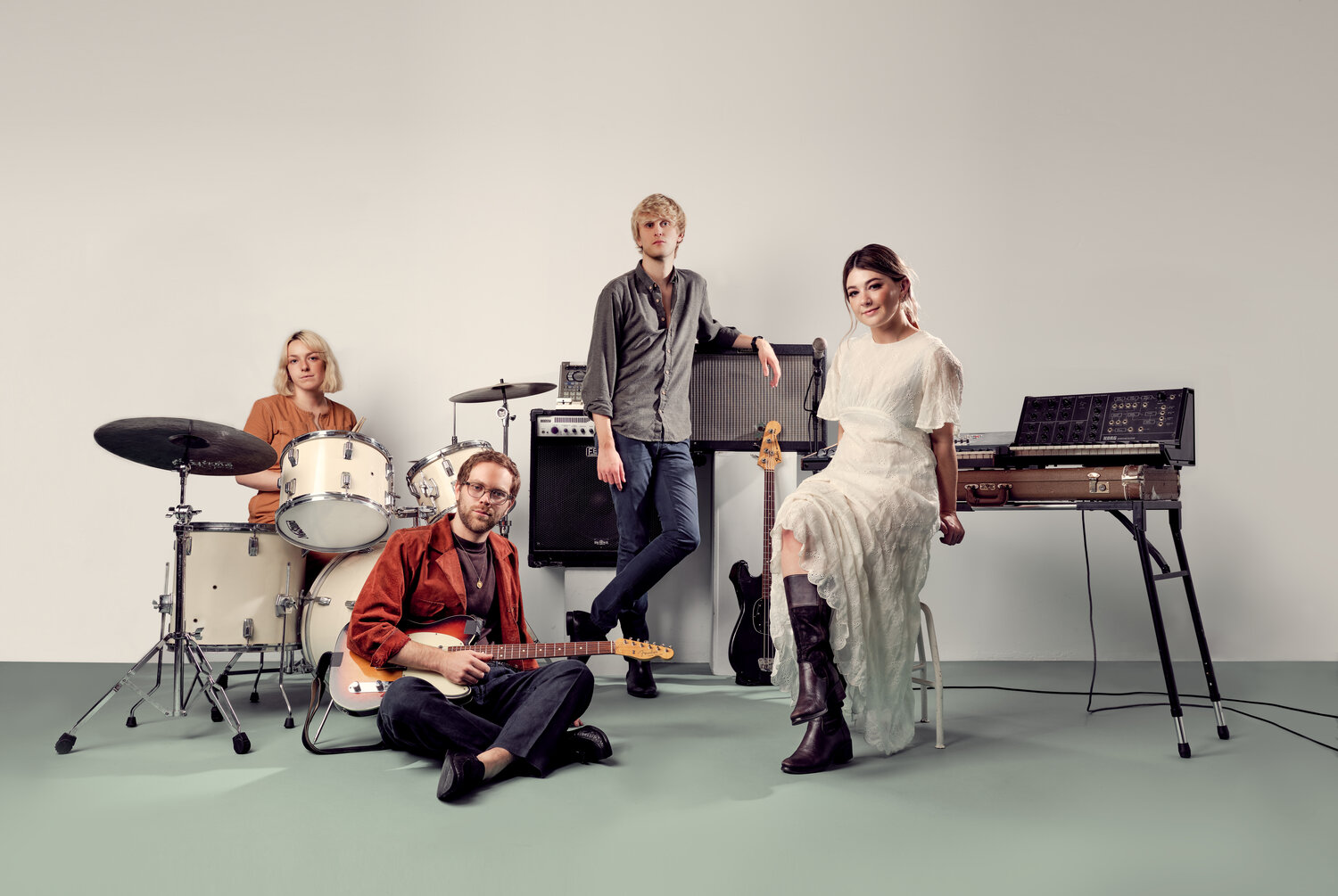 By David RodriguezApril 13, 2020 No Comments

Charming as ever, Yumi Zouma deliver a concise and sweet full-length tailor-made for surviving the extended period of distancing we’re undergoing.

About a year-and-a-half ago, I was introduced to Yumi Zouma with their third installment of an EP series, aptly titled EP III. Since then, I’ve been looking forward to more, seeing how they choose to expand on their sound. As it seems more and more bands are, the New Zealand originating dream pop quartet are now all living in separate circumstances on three different continents – only two of the four remaining in their home country. They’ve persevered though, and distance – emotional, physical, and otherwise – has embedded itself as a central theme of Truth or Consequences.

Truth: Yumi Zouma sounds great. Consequences: listening to them will make you feel great. The first striking thing you might find with their music is how floaty and delicate it is with its wistfulness. This is what hooked me initially. Guitar tones have a dreamy flavor to them, often invoking a light 80s timbre. Drums are similarly light, and employ an actual drummer for the first time ever for the band on this album. The organic factor is felt and appreciated, but there’s still a little percussion programming here and there to keep things varied and perhaps play to the steely coldness of feeling a little isolated. Vocals – offered up by primarily Christie Simpson, but get some fleshing out with back up singing from Josh Burgess – are elegant and understated. It’s a duo dynamic that I liken to The Naked and Famous, another band originally from New Zealand I used to love.

All of this adds up to a serene bath of neatly textured music. Whether catchy or poignant, or a mixture of the two where Yumi Zouma excel, it’s bound to curb your troubles a bit. “Truer Than Ever” begins with a profoundly captivating instrumental passage before melting away into a more muted volume and letting the vocals take center stage. They’re conjoined in the chorus which I can only refer to as ‘cute’ because of how lovely it is. “Right Track / Wrong Man” has a similar execution and progression, but is wholly its own with different weight on each element as it glides across your ears and makes you feel acutely alive, yet at ease.

I’m serious, about halfway through this album, I just felt like I was buoyant – in air, in myself, everywhere. It also feels supremely nostalgic. Yumi Zouma calls forth distinct memories from my past when I had more people in my life, and more roles were filled. It was a very fitting soundtrack for cleaning out my closet yesterday, coming across items, notes, and pictures – actual physical pictures – of old friends, romantic and platonic.  Still, I’m not sad, and neither is Truth or Consequences. Though it may be rooted in longing and missing someone or something from your life, there’s an air of good health in it all. You’re richer for the experiences you’ve had, good and bad, and they inform your future as learning experiences. More like You-Me Zouma, right?

Much like the surprise of unearthing relics of your past, there exist elements that surprise with this album that are great asides. There’s little disco-esque string stings hanging in the back of “Truer Than Ever” after the chorus, or the very prominent bass on “Sage”. It’s not enough to ride the same line with every track for Yumi Zouma, so they simply don’t. Where they make a left turn into groovy elegance with “Magazine Bay”, you can count on them making a pointed right turn into a more sunny and breezy affair with “Cool For A Second”. I should note that this album is quite short – 33 minutes and not a minute is wasted. They’ve taken the calm immediacy of the EP that made me a fan, spread it out oh so carefully and evenly, and crafted a lovely album that will be with me for quite some time.

I see Truth or Consequences being a lot of things to different people. Maybe it’ll ease your anxiety as we travel further into an unprecedented and increasingly unknown future. Maybe it’ll remind you of a love you had. No matter what it does for you, there’s a healing quality to it that’s intensely felt. Yumi Zouma is gentle at a time where it’s most needed, as indulgent as the spring season with its kindness and light touch.