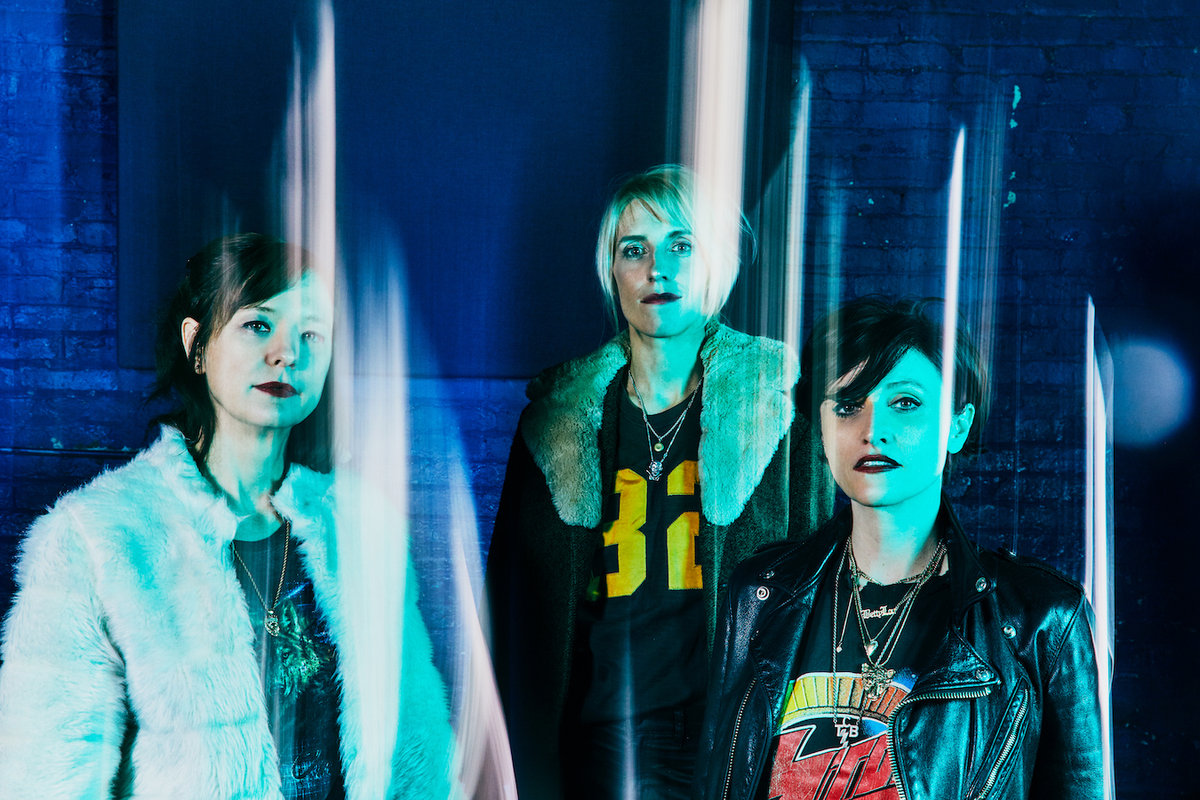 By David RodriguezMarch 31, 2019 No Comments

It’s Real‘s existence feels rather defiant in and of itself. It’s a mix of post-punk attitude, surf/garage rock washiness, and an indie vibe that sits deep down in its soul. It has a finely aged vibe to it without sounding antiquated or out of place. Essentially, Ex Hex flip Generation X into Generation Ex. This is music that I’m only casually familiar with which probably only exacerbated my enjoyment of it.

Think about it: of course if you’re saturated in a genre or particular sound, you’ll hear the same or at least similar approaches quite often while trying to digest the myriad of artists trying to make their mark. It can become tedious; something that might genuinely be good can come off as generic from overexposure and not have the proper effect on you as a listener. If all you see all day is gold, it loses its luster over time. For someone like me, I get to see all the splendor of Ex Hex for what it is: dreamy and divine music with a driving simplicity to it.

There’s a tinge of nostalgia that hits me when the chords of “Tough Enough” strike at the start of the record. Those combined with the sturdy vocals of Mary Timony call back to the show stopping prowess of Pat Benatar, something that’s expounded on even further with hard rockers like “Rainbow Shiner” or “Cosmic Cave”. This is the foundation that makes It’s Real a Pacific Coast Highway cruising companion. Just put the top down, get some friends, and dominate the road to its fiercely catchy songs.

There are some delightfully danceable moments like “Diamond Drive” which has a real bouncy, swaying groove to it. “Another Dimension” has such gratifying guitars with really catchy riffs and a more aggressive tone with complementary structure makes for a real rouser of a track. It has an urgency that, to me, other tracks on here only flirt with, worthy of a larger-than-life arena rock. It’s probably my favorite song on here.

Oh, just kidding, I remembered “Talk to Me” exists. Holy shit, the guitar break in the middle of the track is so scrumptious, topped with a lovely reverb cherry. The track sings pleasantries to me just as much as it grounds with jaded realism (‘Your eyes are like the sun / Then they shine down on everyone‘; ‘The universe is cruel / And nature will make you a fool‘).

I guess you need to look no further than the album’s cover art for a synopsis of what you get on It’s Real. The music encapsulates a neon pink ocean of dreamy haze just like the art, and it sits shoulder to shoulder with a city begging to be taken by youthful rock ‘n’ roll storm. The whole scheme screams oddball Sega Genesis color palate and that brings another nostalgic comfort, opening me up to the gratifying, tastefully gritty tone of the music contained on the album.

I may not see this kind of gold often enough, but when I do I really want to ensure I can share its radiance with others, hence this review. Ex Hex command themselves with an infectious confidence, knowing exactly what they want to do and exceeding at it. Let them soundtrack your rites of spring, whether or not you’re someone that sees gold all day.