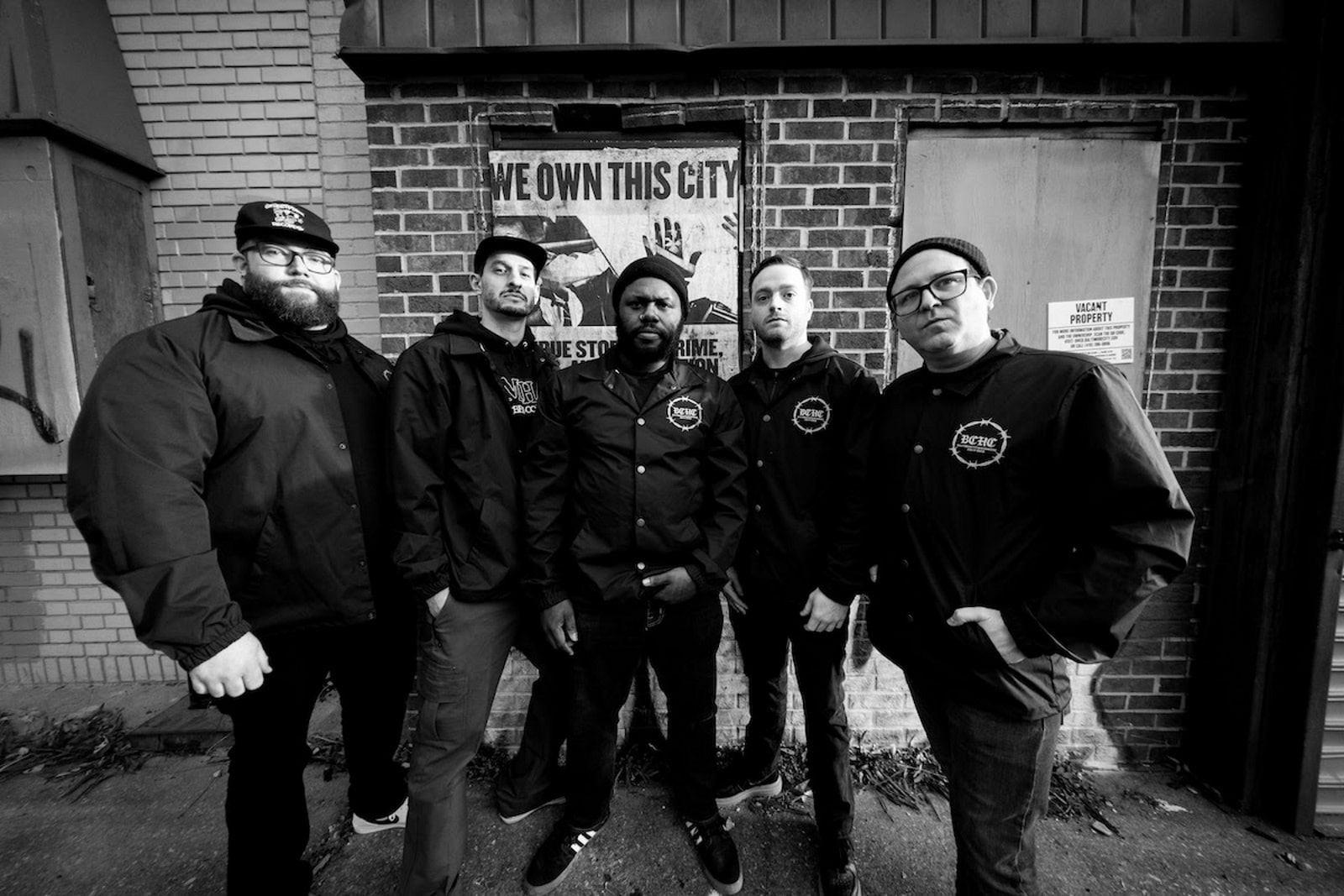 By David RodriguezAugust 11, 2022 No Comments

End It put the ‘hard’ back in ‘hardcore’ with a blistering, blink-and-you’ll-miss-it EP packed with pissed-off anthems to soundtrack both a working class revolution and a windmill kick to the dome.

‘What’s shaking, you fucking chumps? End It. Baltimore City Hate Crew. You don’t like us, and we don’t like you. Use your 24 to mind your fucking business and I’ll mind mine, bitch. GET IT HOW YOU LIVE!‘

So bellows vocalist Akil in the first minute of Unpleasant Living, an EP from Baltimore hardcore band End It. They caught my attention from me falling into Flatspot Records‘ catalog, namely Zulu and Buggin, two other hardcore groups that are beyond solid and worth keeping an eye on. I’ll cover them in due time, bet on that.

Anyway, End It. I saw the video for “Hatekeeper” first, which caught my attention not only for its incendiary diatribe against gatekeeping (fuck that shit), but also for being a clever and fun Chappelle’s Show reference, specifically the legendary Player Haters’ Ball skit. For as lockstep and heavy as the band is, the vocals end up standing out the most:

‘I never asked for your opinion or permission
You look down upon the world like it was built for your derision
(Fuck you!)
Sent here to compromise, appropriate, spread your lies
Claimed to be an ally, you’re the enemy that I despise‘

The song barely cracks a minute and really that’s about what you can expect for the whole six-track EP. It is hardcore to the bone with no compromises, and each song brings the motherfucking thunder.

“New Wage Slavery” is the second video I saw of End It and the second single off Unpleasant Living. Once again, the video is a cool sendup of popular media, this time celebrated crime drama The Wire, which is set in Baltimore. There’s a taste of crossover appeal for good measure (think Suicidal Tendencies, just way more pissed), with the short vocal feature from Trapped Under Ice‘s Justice Tripp, as the lyrics paint a picture of a capitalist hell divided by class and wealth. So… real life.

‘This one’s for workers, gangsters, and bums
From high on the hill to down in the slums
And if your money funny, ni**a you better run
New wage slavery ’round the corner it comes
…
Who gives a fuck about your mission
We’ll piss all over your hopes and your traditions
They try to play us as some suckas
You’ll think twice when we run up in your house, motherfucker!‘

End It likely don’t play anything you haven’t heard before on a base level, but what makes them special is the convergence of greatness and how they file down their craft so much, it’s like a shiv just thin enough to penetrate between your ribs. Similarly, their music just sticks with you. Somewhere between the rousing middle finger to police and the blue lives matter crowd on “21” (‘Fuck your thin blue line, an early grave will come/In memory of you, here comes the 21‘), which samples the legendary Gil Scott-Heron at the end, and the antagonistic atheism of “L’appel Du Vide”, which has some nice clean vocals complete with some vibrato, songs just get stuck in your head. Akil is a charismatic frontman, and he’s supported by a great band dishing out tough-as-fuck, relentless instrumentation and gang vocals to bring it all together.

Every fiber of End It is mad as fuck, and rightfully so. I don’t understand how you can pay attention to the world nowadays and not be ceaselessly angry. It’s great that we get bands like this who get up on stage and, in addition to having a little fun, channel that rage into informing and platforming the thoughts and basis for someone to be radicalized against what they’ve been taught growing up – things that will ultimately kill them if allowed. Racist, colonial, capitalist mindset is a hell of a drug, and this band ain’t having any of it. Unpleasant Living is some of hardest shit you can listen to in 2022, and End It are one of the coolest bands you could currently support – so do it.