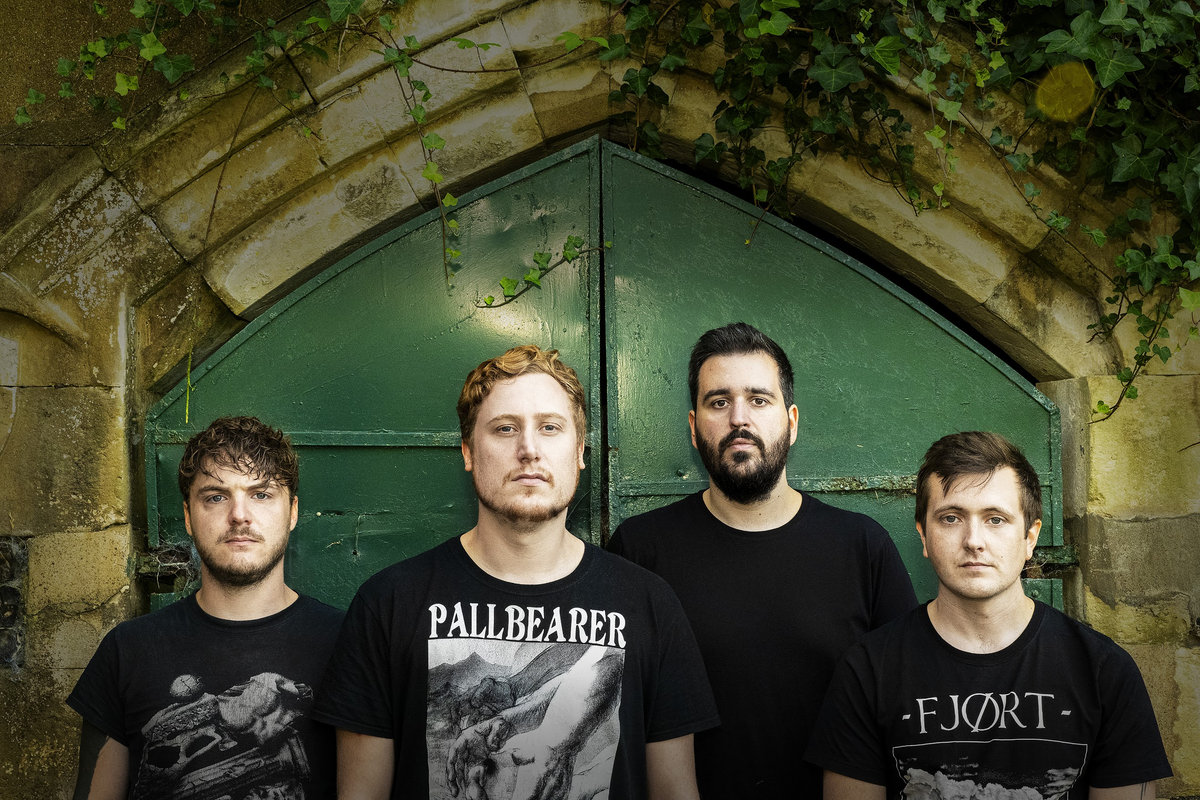 By Pete OverellNovember 22, 2019 No Comments

After teasing post-metal audiences with their impressive EP The Absurd Man, Earth Moves have returned with a stunning follow-up that is full of tectonic riffs and moments to revisit over and over.

I only caught wind of Earth Moves earlier this year when they replaced Tuskar for Conjurer‘s Bournemouth, UK show. I’m incredibly glad I did – otherwise their exceptional new album Human Intricacy might’ve flown under the radar for me. At the aforementioned show, they played the majority of their December 2018 EP The Absurd Man, a brilliant piece of music that makes up for its brevity by being chock-full of exceptional moments, showcasing the band’s aptitude for moving between genres and influences with ease. Human Intricacy further builds on that sound, fleshing out the ideas scattered throughout their EP and debut album into full tracks.

Earth Moves themselves are a ‘supergroup’ of sorts. Being comprised of members of bands such as We Never Learned To Live, Grappler, and Cloud Boat, the band are now on their third record. They play a mix of post-metal and post-hardcore, with influences drawn from black metal and sludge infused into the record’s sound too. On top of this, you can hear that they are influenced in ways by classical music, too, since the songs feel very much like movements. This is partly realised in the grandiose and crushing climaxes used in their tracks, but also in the layout of the album and the way you are guided towards its grand finale.

Over the year, I’ve listened to and reviewed a good portion of post-metal bands. One of the things I’ve noticed is that records in the genre are sometimes just that little bit too tight. The mixes are too nice and well-rounded, and even the squealing feedback doesn’t grip you the way you’d expect a heavy, bleak album to. Earth Moves on the other hand have had their album mixed and mastered just right: the guitars and drums create a thick atmosphere, which the harsh and desperate vocals play off of perfectly. The cymbals crash through the mix at the right levels, and the spatial arrangement of the instruments makes this an incredible sonic experience on headphones.

Human Intricacy opens with a two-minute track, “Falling Away From The Ground”, which really sets out the post-metal sound of the band, hiding a lot of their other facets. The screamo vocals help drive the intensity of the guitars, which pummel the listener with feedback. “Into The Ether”, the following track, introduces their post-hardcore sound, the tempo ratcheting for the first minute with great riffs and a wild ferocity. The great vocals that follow morph from the roars you heard in track one into emotional and desperate cleans. Earth Moves dial it back for the most vulnerable moments, serving up a great atmosphere. This middle section is one of many brilliant moments littered throughout this album.

Track three, “Other Voices, Other Rooms”, reminds me of some of the savage and hectic post-hardcore released by Vesperine earlier this year, the furore building into an apocalyptic climax. The way the band craft their songs to lead into these finales is brilliant. Oftentimes you think they are close to bleeding the track out; instead, they crank it right back up to ten. Interlude “Prayer Sign” is almost a welcome break from the heaviness that was just bestowed upon you in the first three tracks, its soft, shoegazy themes allowing you a moment’s respite.

“Catatonic” is one of the standout tracks of the record. It has so many forms, so much depth to each movement of the track that it leaves you dazed after listening to it. The band move from a really great post-metal introduction that feels very Cult Of Luna-esque towards introducing lashes of the black-metal mentioned earlier. This intensity serves the chorus up on a platter, the anthemic, yet once again desperate vocals punching an emotional hole in your chest. From there, the track continues to twist and turn, finishing on one of the best moments of the album, a gorgeous, feedback-driven finale with brutal Conjurer-style lyrics that seem to shatter the fabric of reality. The bass that cuts through the mix at the end of the track is utterly brilliant, too; it caps off an exceptional song.

You could easily write about every song on this record in wild depth and still have words left to praise the album as a whole. “Genic” presents a solid challenger for riff of the year, its intense climax filled with murderous intent from the guitars. It’s a a sludgy masterpiece that shatters the air around you. However, despite their heavy riffs being a key attraction, one of the best features of Earth Moves is how they leverage slow, emotionally charged build-ups, which is displayed in both the gazey introduction to “Their Eternal Home” and the post-rock opening to “Embody”. The latter builds into an unbelievable track, with slow, doomy riffs rippling through the record, before evolving into a Baroness-meets-Pallbearer sound, cascading and triumphant guitars bringing the curtain down on a fucking awesome record. Don’t delay – get this in your ears!