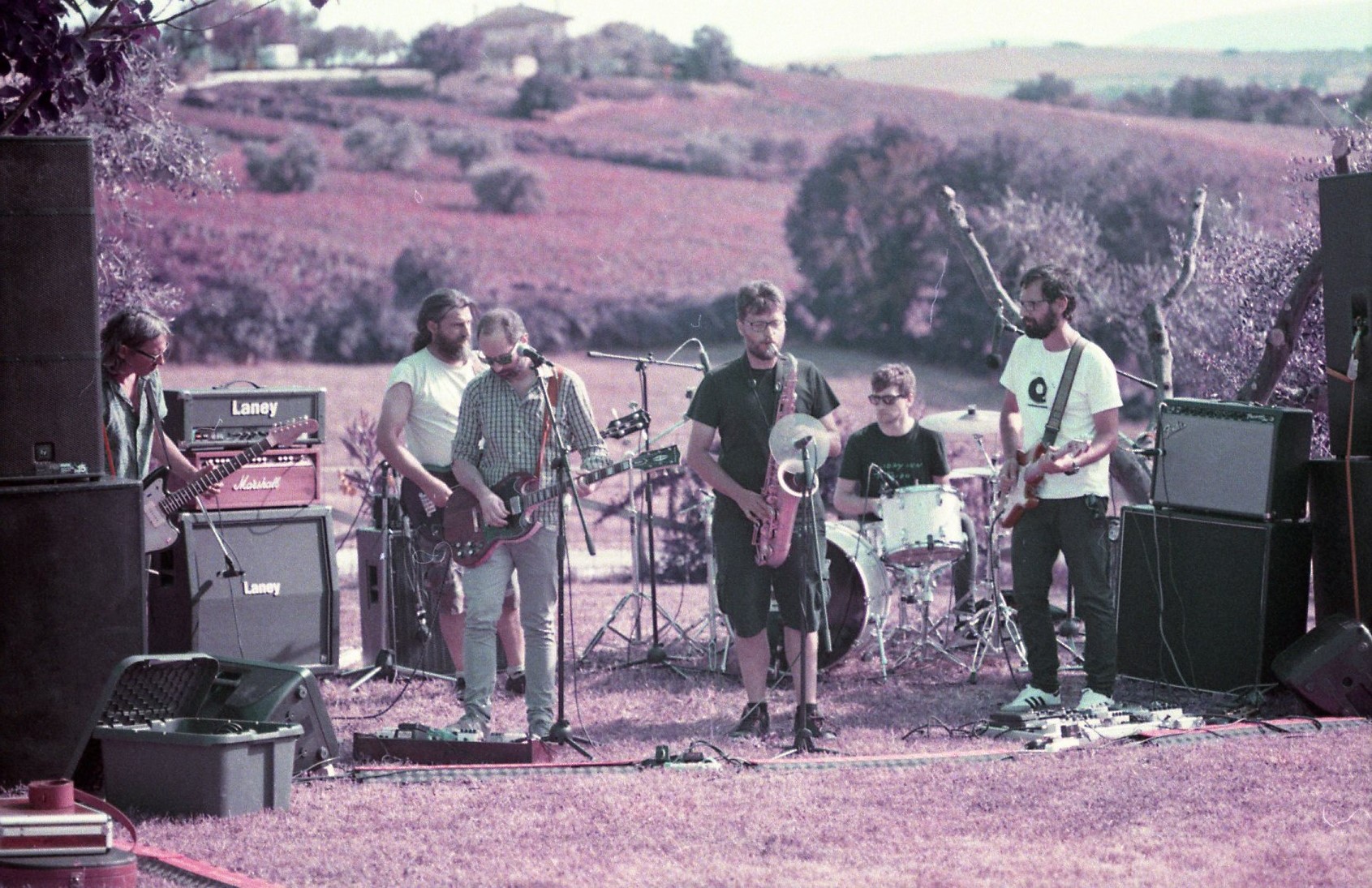 Inutili Find What Makes You Tick with “Tiny Body”

By David RodriguezNovember 21, 2019 No Comments

All right – cooler, mild weather seems basically nonexistent at this point. We get summer, a trial version of fall (or autumn for my sophisticated individuals out there), then straight to winter. At least in the central-ish US to be exact. As such, we’re made to go to some not-quite-extreme-but-still-uncommon measures in order to keep the body heat going. So how about moving your feet to some eclectic post-punk music?

Hailing from Italy, today’s premiere shows us some highly condensed energy from the band Inutili. They’re forthright as a band can be, their Facebook ‘About’ section simply consisting of the words ‘against fascism‘. Well, you had me at hello, y’all. Their music matches this tone; direct and punctual. We’re happy to premiere the latest video single from their latest album New Sex Society which dropped on September 20 via Aagoo Records based in New Jersey here in the States. It’s called “Tiny Body” and you can peep it right here!

Created by Bas Mantel, the video is a reflection of the music’s surgical precision. We get microscopic views into a head, fast-paced and showing cells quick at work as if jiving along to the tight and frenetic guitars of the track. The repetitive lyrics lend themselves neatly to the hyperfocused nature of the video. The rhythms blister along, threatening you dance along to the beat while you hum the cozy basslines to yourself. You can practically feel the synapses in your head fire off and ricochet inside your skull, not unlike our cross sectioned friend here in the video.

It’s a damn good time, over before you know it – don’t you just love a good guest that doesn’t overstay their welcome? If you’re craving more like I am, you can dig into six more tracks on New Sex Society if you were to purchase it. An array of options exist on their label’s website, generously priced and ready to invade your being. Support indie music!

I’m sure Inutili would also very much appreciate if you were to follow them on Facebook. We’d like to thank everyone involved for allowing us to premiere this great video!

ParkWalker Leaves a “Memento” with a Gorgeous New Song