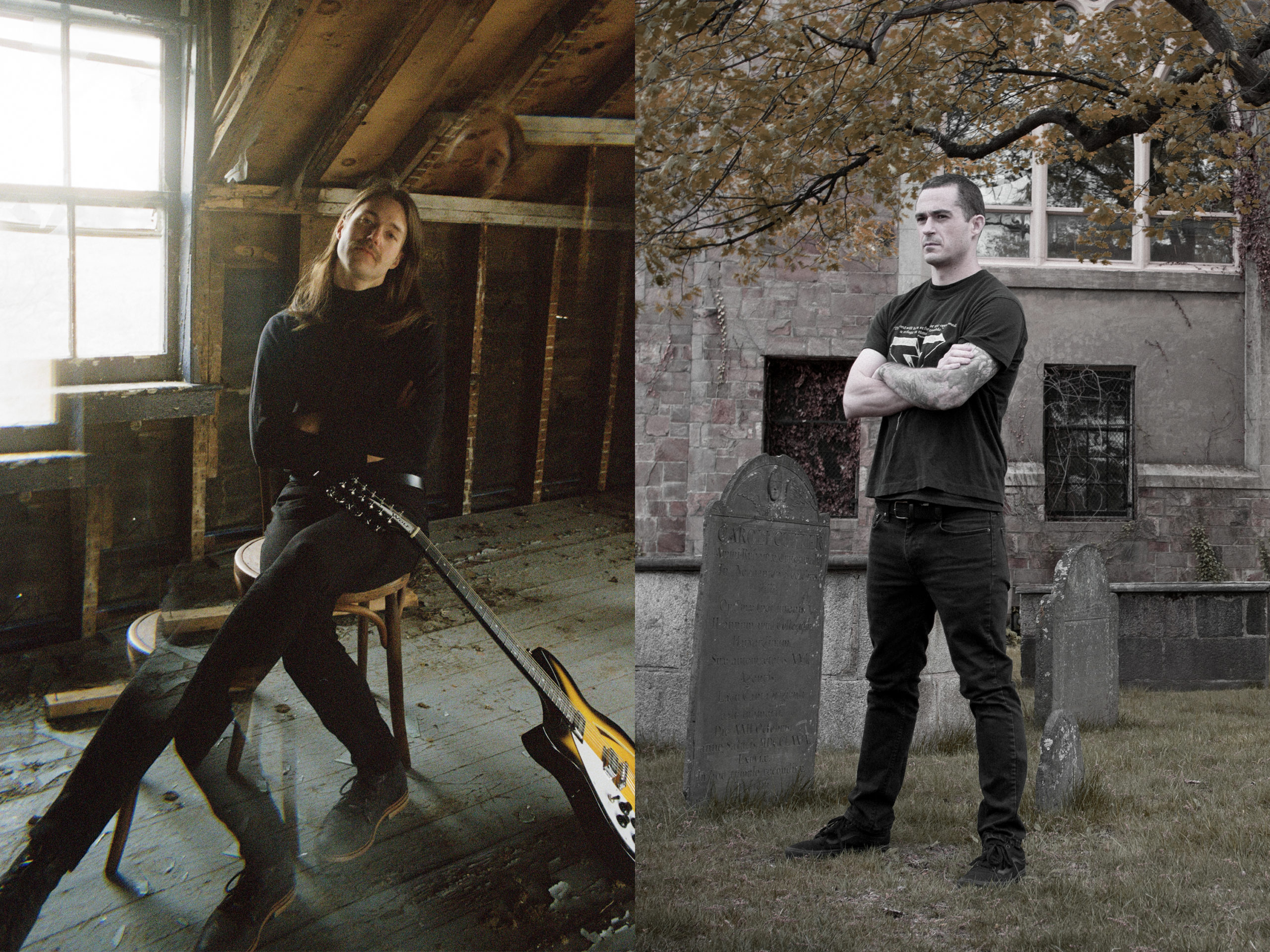 By Jake WaltersDecember 6, 2021 No Comments

Borrowing from a variety of influences from Pink Floyd to Anathema, Dream Unending make a staggering debut of psychedelic doom metal. Tide Turns Eternal is not to be missed.

The promise of new music from some of your favorite musicians is always a reason to celebrate, and this year has had no shortage of reasons to pop the proverbial cork of festivity. It’s a different animal altogether, though, when two artists join forces to make something new. Add to this stew some impressive name-drops as inspiration and the hype can get out of control. I have tried to learn from this over time and keep my expectations in check, as this sort of scenario doesn’t always end up exactly how I hope. Well, when I heard that Derrick Vella of Tomb Mold and Justin DeTore of Innumerable Forms were teaming up to make some Pink Floyd and Anathema-inspired doom metal, I was agape with anticipation. I did my best to quickly reel that until I had time to give Dream Unending a proper listen; this was a bit of a pipe dream of a project as I love the output from both of these artists. Them putting their talents together for something like this was pretty incredible.

The first thing that I wanted to do was make sure that I kept an open mind, but this had to be good, right? When I first heard “In Cipher I Weep”, I was immediately stunned at how well they managed to pull these somewhat disparate influences into a very real doom metal sound while maintaining something new and fresh at the same time. This track feels much more like a genuine funeral doom-styled approach with longer passages, lots of room to breathe, but interspersed with double-bass and that aqueous guitar tone and viscous atmosphere. DeTore’s vocals are gruff and rather abrasive in all of the right ways, and placing them in a track with a cleaner tone is a beautiful, encaustic atmosphere. It works incredibly well only because these guys have mastered all of the elements that went into perfecting the atmosphere and songwriting choices.

We who write and talk about music use the term ‘atmosphere’ a lot. Sometimes I kind of hate even using the word, but until I get a better one to use, I guess I’ll just keep on throwing it into these reviews. While there are plenty of things going for Tide Turns Eternal, the standout character is most definitely the flowing, dreamy atmosphere. “Dream Unending”, the band’s namesake, is predicated on this atmospheric approach and the result is one of the most euphoric doom tracks I’ve heard in a while. The vocals are parsed out perfectly through the near-12 minutes of runtime, and the entirety of the song feels as if I were adrift in some pastel vision. Absolutely nailing a song like this was impressive for the first LP from a new project, but checking the personnel list is a quaint reminder of why it is as excellent as it is.

Doom can be a somewhat exhausting genre to listen to, with its staggering song lengths and massive albums. As veterans of the genre, both Vella and DeTore know this (specifically Innumerable Forms’ concise take on the genre) and while the songs are uncompromising, they’re not wasting time. Economic is not a word I’d usually associate with doom, but in this case, I think it works. The final and title track, “Tide Turns Eternal”, manages to sneak in a few more surprises that I won’t spoil, but really fulfills the promise that this project made from the start. With a hearty dose of doom, psych, and light progressive moments, this turned out to be a genuine hit where the sum was of greater value than the parts. In a year stacked with doom and death-doom records to consume and consider, Tide Turns Eternal is a bit of a dark horse, and is also one of a different color.