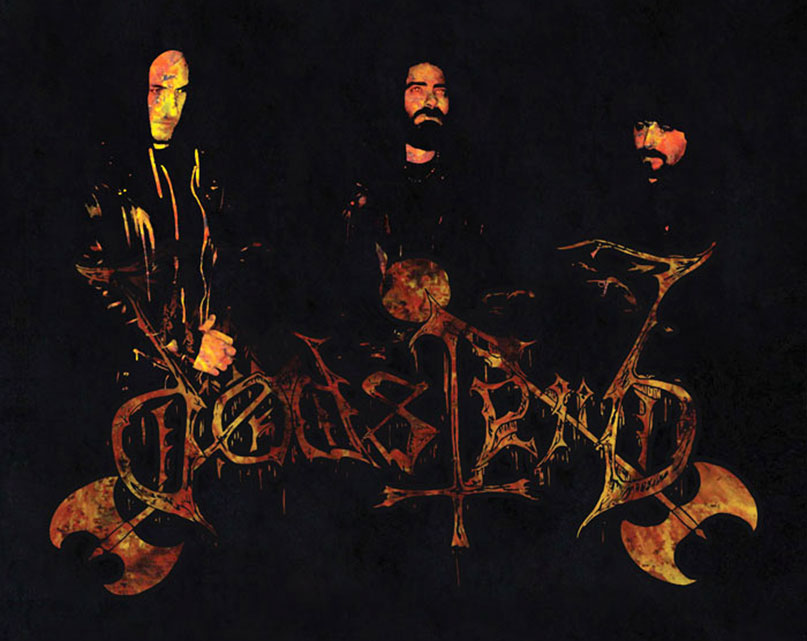 By Ashley JacobDecember 14, 2018 No Comments

Dødsferd enjoy being bleak as much as they enjoy pulling no punches. Yet, there is something profoundly pleasant about their new record.

Dødsferd‘s image and guttural stage presence would have you believe that they hail from the most brutal recesses of second-wave black metal. And there is a fair amount of that on offer in their latest torturous opus, Diseased Remnants of a Dying World. But it’s the conventions of melody and progression which comprise the main heft of this record. And whatever your musical leanings, you are hard-pressed to deny that this is to the band’s credit. So high is the standard of heavy music these days, even in the most niche of categories, that an underground band striving ever forward need to unveil something pretty special to make their mark. Allow me to be one of seemingly many to confirm that Dødsferd have succeeded in this mission. The swathe of positive responses to this album on their social media is well-deserved.

There is a clear mission statement to serenade via misanthropy in the album’s opening track “My Father, My Wrath”, which is so modern in its approach to low-end bleakness that you are hard-pressed to find any traditional black metal hallmarks at all. The song sits firmly in bleak-ballad mode. But the more brazen elements of Dødsferd‘s staple genre of choice do kick in, and are weaved in consistently from track two onward. From there on in, there is a steady concoction of the coarse and the eloquent, the considerate and the obscene, and all of it borne of more than one straightforward musical influence.

It’s possible to consider the vocals, particularly in their cleaner moments, from a post-metal standing. And the groovier drum beats, to me, evoke the gothic ingredients utilized so well in modern black/death bands like Tribulation. Those tone-crisp lead guitars hearken back to the Steven Wilson-produced Opeth years. These and many more attributes defy the initial perception of this band. One must also acknowledge the technical and assiduous achievement of Diseased Remnants of a Dying World, when considering the quality of its production. This is a very clean cut delivery of the dark genres, as it needs to be for the quantity of layers put into it. For such a venomous persona, the record is very serene and emotionally balanced in places.

But in case your admiration for the unsettling feels neglected, you can rejoice in the agonized vocals of “Loyal to the Black Oath” and the main heft of closing track, “Back to my Homeland… My Last Breath…”, a sacrificial folk holler from the underworld, which signs off the record nicely. There is no doubt that Dødsferd retain their demonic identity in the long run. Now they just seem to do it on a higher level of consciousness.

If black metal is a cauldron of bone broth, then Diseased Remnants of a Dying World is more of a blood-spattered banquet. It seems to me that Dødsferd have humbly raised the bar amidst fairly standard conventions to create a credible piece of work capable of standing the test of time. It’s a faithful evolution of what it means to be black-metal in black metal, and one which will surely appease the schools of both new and old. The replay factor in either case, is firmly in the pluses.