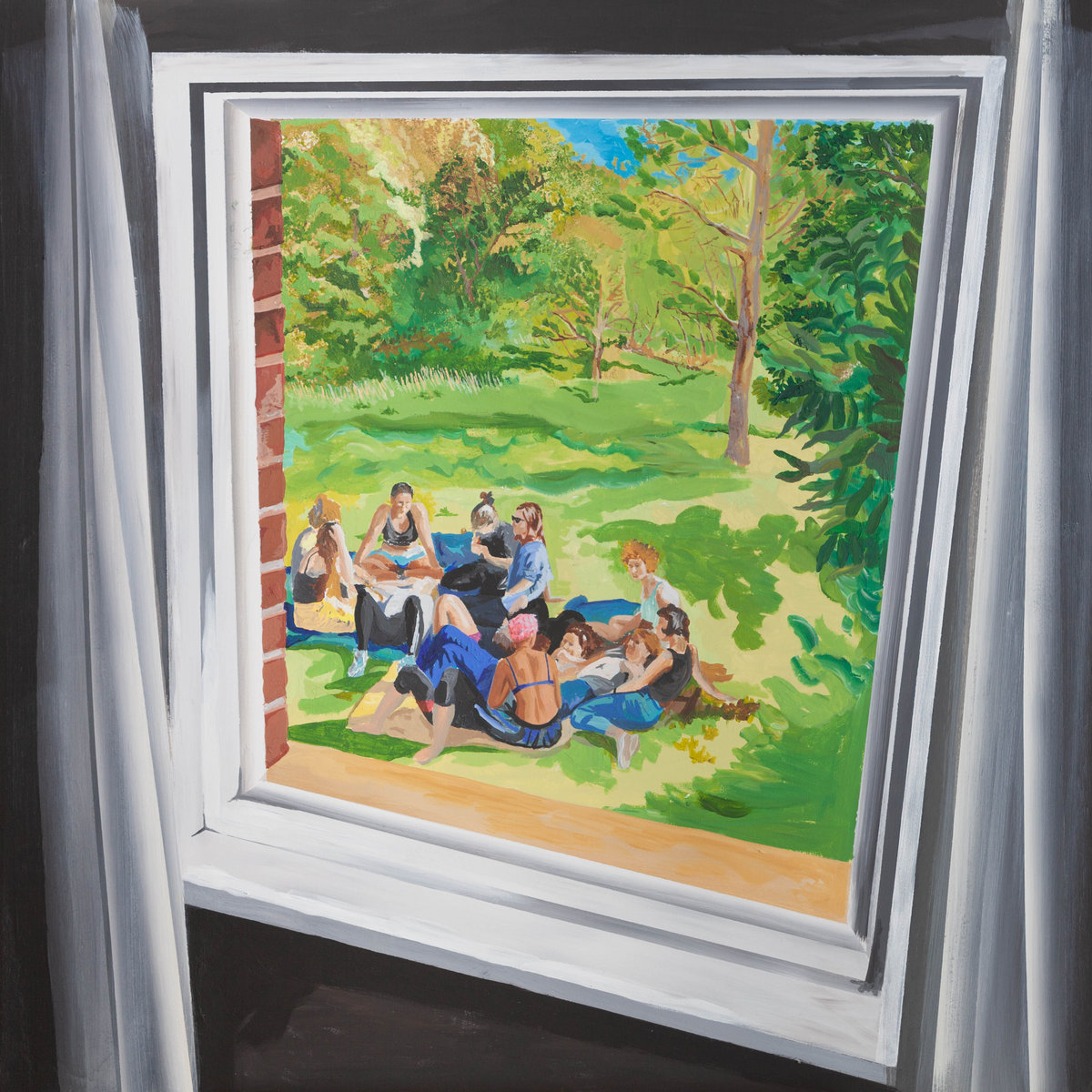 Deep Throat Choir – “In Order To Know You”

By Robert MiklosJanuary 8, 2022 No Comments

Get ready to be entirely bedazzled: In Order To Know You is nothing short of enthralling and scintillating at a superlative level.

I probably wouldn’t have ever landed upon this band, were it not for its, err, odd name – for the lack of a better word. I mean for real, Deep Throat Choir is the kind of name I expect from like, a goregrind or avant-death metal band, something like that. Anyway, I don’t want to dwell on that too much. One of our fellow writers spoke about the band in a way that, coupled with my piqued interest of the name, I ended up listening to it. I was simply blown away, like, totally spaced out. This was also due to having virtually no expectations, or respectively, expecting a joke of some sort.

Honestly, if I say ‘blown away‘, it doesn’t really cut it as I’m feeling it. In Order To Know You is obsessively awe-inspiring. The young group known as Deep Throat Choir is on its second album this time around, and it finally showcases purely personal creations from the band, borrowing only from their own experiences to manifest their musical output. You can find a legit manifesto about how the new album came to be on the band’s Bandcamp page, so I won’t even bother reiterating any of those ideas. It feels like they neatly encapsulate the whole deal.

‘Ok, but how obsessively awe-inspiring?‘, you may ask. Well, so much so that I think I cumulatively spent an entire day listening to “Firefly” on repeat. I wish this was some hyperbolic exaggeration thrown in for shock value, but I actually think I’m underplaying it a little. The first listen of the record saw me going through “Alchemilla” with confidence, seeing that this is clearly going to be a nice and fun ride. I mean how could it not appear as such with such a promising and smooth opener. Once I heard the chorus in “Firefly”, I totally lost it. I got goosebumps so hard that for a few nanoseconds, the contour of my body evaporated. I had an extremely strong physical reaction to the song, something that happens with relative rarity.

Going past the insanely soothing and angelic chorus and it’s madly satisfying vocal harmonies, “Firefly” has a ton of things working well for it. In the first part of the song, I’d like to say there’s some Middle Eastern/microtonal ornaments thrown around, but they could just as well be detuned phrases for the sake of nuance. Whatever it is, it sounds wonderful, and it gives the opening scene of the song a neat and authentic vibe. The song seems to be heavily rooted in a jazzy delivery, what with all the brass around, the tame piano, and the rolling percussive grooves. Did I mention the chorus is incredibly enchanting and catchy? It really is!

Now don’t get me wrong: the entire album is rife with tons of splendid vocal harmonies, earning them the ‘choir’ bit in Deep Throat Choir – for the most part. I’d argue that it could be taken a little further to fully warrant that descriptor, but at this point I’m just being overly pedantic. So yeah, unmistakably, the vocal delivery is the center point of In Order To Know You. Stylistically, the album has a very broad spectrum in terms of reach. I’d say you’ll hear a very smart mix of jazz, pop, soul, folk, electronic music, jazz, downtempo, indie, and a few other things, too.

The bite-size format of the songs, surprisingly enough, takes away nothing from the enjoyment. They manage to stay incredibly engaging, full of substance, and fully fleshed-out, leaving practically no side of me wanting. Well, I mean, I’d be lying if I said I couldn’t go for an extra hour of songs in this vein, but that’s it. The other thing I really loved was how evenly and organically are all the different styles blended through the songs, offering a truly holistic experience in that sense, while also exploring a lot of different textural, atmospheric, and emotional territories. I can think of only a handful of albums I can say this about.

I raved a good deal about the heavenly contents of “Firefly”, and you could pop “Alchemilla” and “Picturing” close by in terms of overall mood. You get stuff that’s a little more groovy and shadowy, like that vaguely dissonant string motif in “Lighter”. Following that thread, a somewhat nostalgic and pensive charge is delivered over the course of “Uvas”. “Patience”, neatly followed by “Camille”, successfully builds a great deal of mystery and tension, which is wholly unexpectedly released. There’s plenty of others, but I’ll let you discover each of them by yourself. I’d say that I’d spoil the fun if I went on to offer my detailed account, but words fall short big time on encompassing appropriately everything that goes on.

In Order To Know You is a spectacular display of flourishing colors and vibrant nuances, which in my view won’t be easy to forget anytime soon. Its infectious, hypnotic, and soothing qualities are nothing short of brilliant. Sure, I may be biased towards vocal-driven music in terms of praise, but listen to this record and just you dare and tell me it isn’t simply stunning from top to bottom.