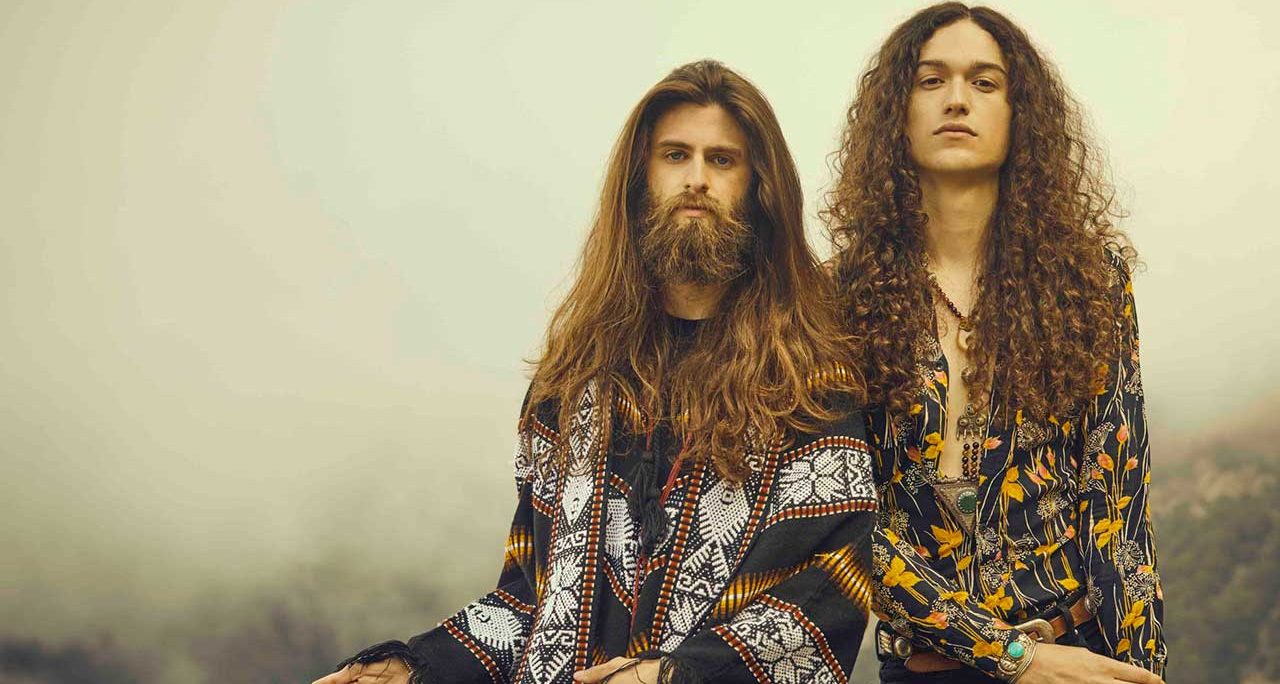 With White Buffalo, Crown Lands find their footing with their most ambitious, polished, and diverse release yet.

Crown Lands has long been on my radar. In fact, I was able to cover the young band back in 2018 as a part of our Weekly Featured Artist segment. The fellow Canadians caught my attention on tour with Protest the Hero and Coheed and Cambria. The young two-piece has a prog/classic rock intensity that is well-documented on their first two EPs and 2020’s self-titled full-length. Now, just over a year later with the White Buffalo EP, the act is back with four new songs that promise an incredible career to follow.

One of Crown Lands’ most distinctive features are the vocals of singer/drummer Cody Bowles. Their voice is reminiscent of Robert Plant, especially on newer material. As such, it was an interesting choice to start White Buffalo with the nearly five-minute instrumental “Inner Light”. The production of David Bottrill (Tool, Dream Theater, Rush, Mastodon, Coheed and Cambria) is immediately present. His textured, mysterious soundscapes fill the space around guitarist/bassist/keyboardist Kevin Comeau’s Zeppelin-meets-Rush-meets-Mastodon acoustic drones and electric riffs. Bowles also showcases their versatility as a drummer on the track, using hand percussion and complex, tasteful fills throughout.

The title track immediately follows with an upbeat guitar riff, staccato synth bass, and Bowles’ syncopated drums. From the sing-along chorus to the soaring solos, it is immediately obvious how celebratory the track is, capturing what Bowles conceptualizes as a future for Indigenous people in Canada: ‘The white buffalo is a symbol of prosperity and strength in Indigenous cultures, so the song is about reclamation and overcoming oppression. We wanted to make something that was our projection of the future we hope will manifest.’ The track is as triumphant as its lyrics, and may make for my favourite Crown Lands track to date.

“The Witching Hour” is the last more ‘traditional’ track on the record, showcasing the band’s dynamics with a quiet guitar and narrative singing that build into a massive chorus: ‘As the world burns, yeah/Stoke the fires/I’ll be there.’ The soft verses and huge refrains demonstrate the band’s growth over the past records, moving from more straight-ahead rock swagger into confident and melodic yet experimental song structures.

This growth is no more apparent than the towering thirteen-minute finale, “The Oracle”. The song opens unexpectedly with dreamy keys and some r&b-inflected vocals; as the song builds, it leans into pounding riffage alongside some of the instrumentation that featured on the EP’s opening instrumental, giving the release a pleasantly conceptual and cyclical quality. I can’t say that the song has changed my mind about the inherent risks of extended songs – however, I have to applaud the band’s willingness to experiment and push their boundaries this early in their career. This epic also allows the band to pull from influences beyond their aforementioned heroes, offering comparisons to Tool and Mastodon, as well as Pink Floyd.

White Buffalo is Crown Lands at their best and most confident. Bottrill’s production is a perfect fit for the vision of the band, lending texture and depth to the two-piece’s ambitious combination of progressive and classic rock influences. Where previous records felt slightly unsure in how to bridge the gaps between ambitious arrangements and massive riffs, everything fits coherently here. The mix is easily my favourite of their records, making for the strongest content the band has released and the best sounding. Every outing from the band has been promising, but White Buffalo is where their promises deliver. EPs always leave me wanting more, but I am incredibly excited to hear what a full-length from this band performing at this level will sound like.