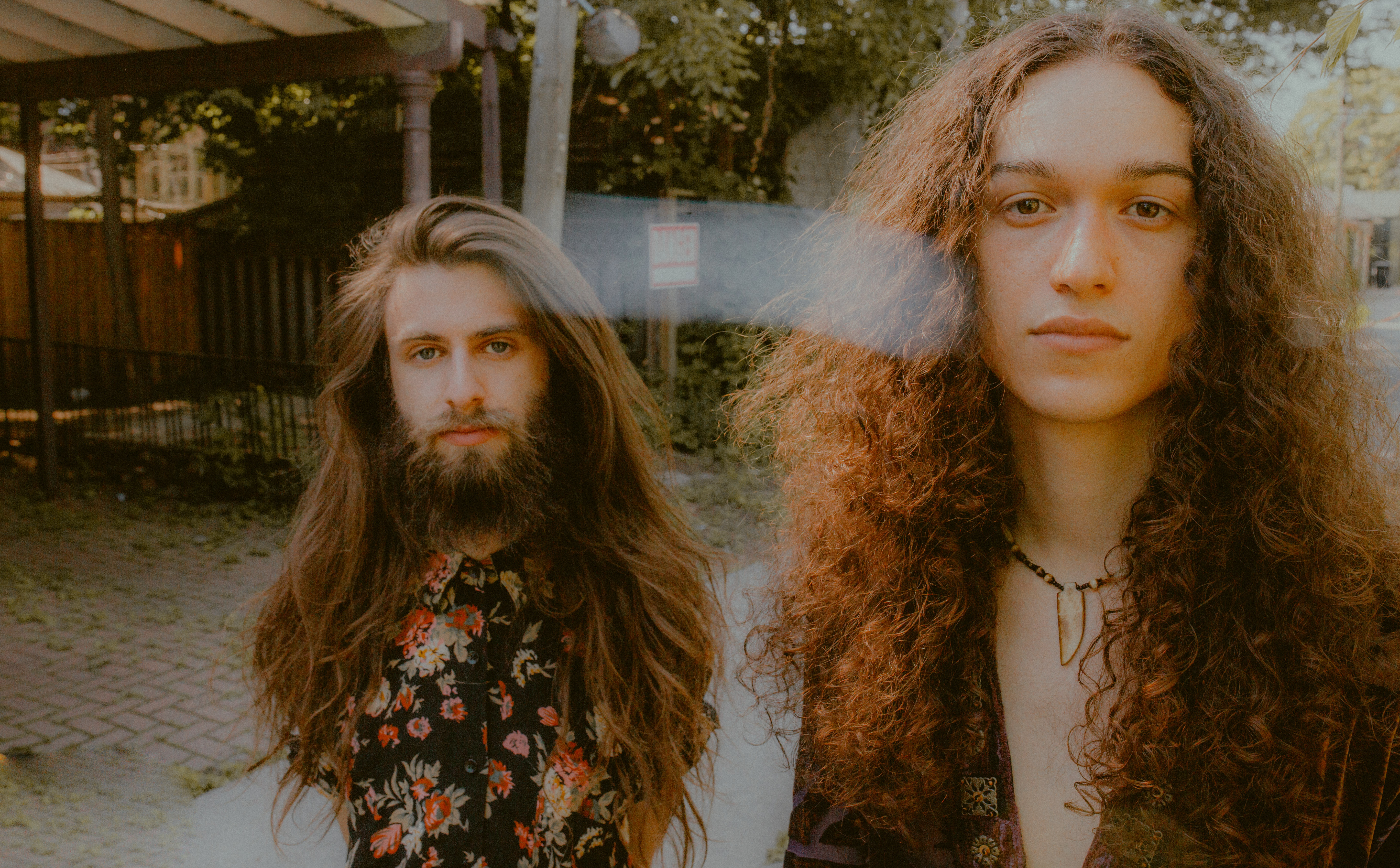 By Landon TurlockNovember 19, 2018 No Comments

The province of Ontario in Canada has been associated with progressive rock and metal for decades, first with the seminal Rush before later seeing bands like Protest The Hero and Intervals help shape modern progressive music. The latest band from this area to break onto the scene is Crown Lands. However, the duo, comprised of Cody Bowles (vocals/drums) and Kevin Comeau (guitars/keyboards) have both a sonic and philosophical stance that deviates from their peers. As they told us:

‘Crown Land is stolen land. Cody is half Mi’qmaw and spent a lot of time on a reserve in Ontario in his earlier years. Both of us strongly believe in reconciliation. Canada has a very dark history surrounding the mistreatment of our Indigenous Peoples. Our song and video “Mountain” highlights the horrors of colonization and the implementation of residential schools.‘

Their poignant music videos, vitriolic mix of blues, hard rock, and prog, and impressive stage presence demonstrate their capacity to raise the voices of Indigenous peoples to the world stage. The two came together through a mutual friend, previously playing together in a band called Heavy Earth and bonding over a mutual love for Rush.

After that band ended, Cody and Kevin began jamming in a barn in north Oshawa. Their formation soon led to the release of their debut EP, 2016’s Mantra. From the opening track, “Being Right”, the massive guitars and pounding drums make it hard to fathom that so much power can come from only two people. However, the pair of musicians make very deliberate choices to make such a huge sound from a fairly minimalist approach:

‘We try to do everything ourselves and that has translated to us using every available limb to make music in our live show. Cody sings while drumming and Kevin plays keyboards with his feet while playing guitar (or bass depending on the song), so they are both fairly anchored to their positions on stage.‘

With a sound that pairs Sabbath-sized riffs and passionate vocals with Led Zeppelin swagger and the stripped-down approach of The White Stripes, the Mantra EP is steeped in dark and weighty blues rock. However, the following year brought Rise Over Run, and a consequent evolution in sound that led to a pleasant surprise:

‘Mantra has a much more straight-ahead rock vibe than Rise Over Run. We branched out more into roots, blues and weirder progressive rock for Rise Over Run. Ironically our weirdest song on the EP, “Waterfall” became a sleeper hit for us. It reached #26 on the Canadian Active Rock Charts – we were the only way independent unsigned band on the charts! We are very lucky.‘

This unexpected success is but one in a string of huge accomplishments for the young group. Within only the past few months, the group has toured with incredibly influential and diverse acts, ranging from jaunts with Primus and Protest The Hero to Coheed and Cambria and a short stadium run with the legendary Jack White:

‘As I said – we are very lucky! We have been able to tour with our absolute heroes this year. We were submitted by our manager and agent to tour with Primus in the US and Les picked us. Same thing happened with Jack White!’

With two EPs in just as many years and a plethora of touring opportunities resulting from a sound that has widespread appeal for fans of blues rock, proto-metal and prog, the future holds undoubtedly exciting opportunities for Crown Lands.