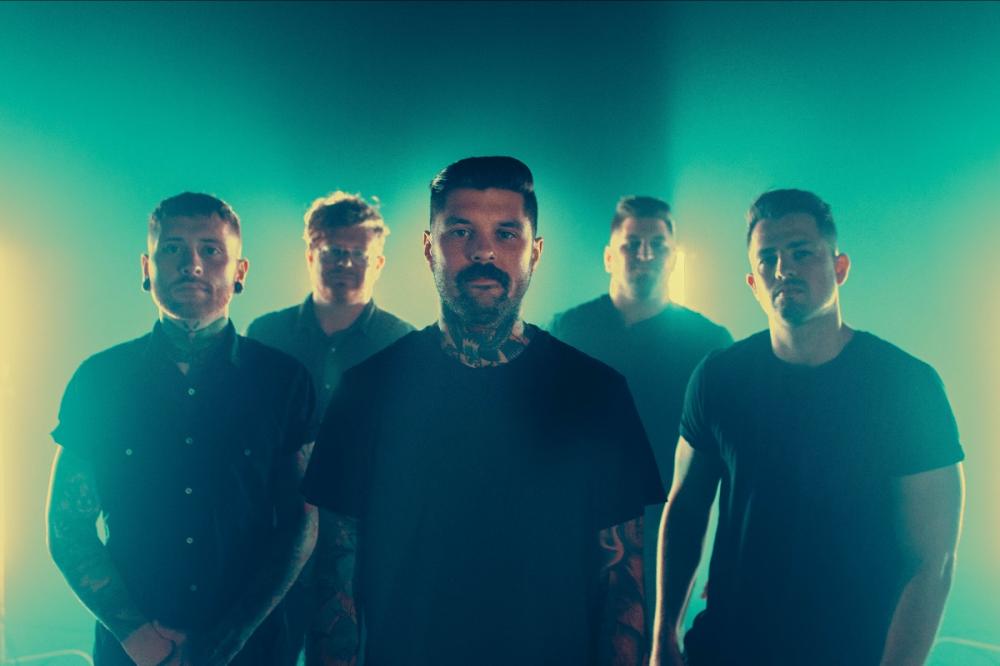 By Rodrigo Torres PinelliAugust 9, 2021 No Comments

Capstan evolves into a polished version of themselves (for better or worse) on their latest release, SEPARATE.

Post-hardcore, pop punk, and prog metal… all trigger beautiful memories of my musical-enthusiast path. Yet, is that the same feeling when all three get cramped into one 2021 record? That much I can’t assure right now. Capstan has chosen to cruise over dangerous territory, suggested initially on the Cultural Divide EP, established on Restless Heart, Keep Running, their previous album, and now accentuated on SEPARATE. The potential blend implies that pop punk’s melancholic catchiness, post-hardcore’s aggressiveness, and prog metal’s craftiness must harmoniously coexist. Thus, results become very appealing but bear risks as well. The bottom line questioning is: ‘Will this innovative approach reach the heights each style dwelled in? Or will it fall short out of pretentiousness? Are these mutually exclusive, anyway?‘ May the following paragraphs shed some light on these – assuredly – subjective queries.

My very personal take is that with their previous record, Capstan reached a point that was breathtaking. Restless Heart, Keep Running was, for me, the optimal mix of genres mentioned above. It reinvigorated my desire to spend day after day blasting post-hardcore classics from early Thrice all the way to A Day To Remember and other Warped-Tour-worthy acts. It’s aesthetically closer to melodic metalcore; this allowed for several branching opportunities to other styles that, through clever songwriting, could easily be met. SEPARATE, on the other hand, marks a departure to a relatively different but safer enterprise. This album concedes much more influence from the pop end of the spectrum. Although it may not be as radical as Bring Me The Horizon‘s shift with amo, the directionality feels quite comparable either way. Another thing I’m not able to comprehend either is what artists gain by lower-casing all their song titles. It has become such a mainstream fashion that I can point out its purpose aside from riding the tide.

Honestly, it is frustrating to see so many bands become overcooked products that self-undermine their own foundations. Post-hardcore is one of those genres that has been susceptible to the pop invasion, and it’s understandable if you consider how the genre works – it’s pure intensity and melancholia, heartfelt and memorable. How many bands have embraced these attributes to totally forgettable results? Many, if you ask me. Capstan‘s SEPARATE steps closer to this event horizon, which is completely fine if that’s the band’s inner drive. Hopefully, this venture into more simplicity won’t tarnish the band’s compact but solid legacy.

In terms of how the album sounds, Capstan has opted for a fuller and more impactful sonic scape. This comes, in my opinion, at the expense of their rawness. Instruments have become more shallow, individually, but when assembled together, they all still work together perfectly. It is more streamlined than Restless Heart, Keeps Running, and in turn more polished. This change is quite palpable in the guitar sounds, especially the distorted tones. SEPARATE also welcomes several electronic elements that are insanely popular these days. I’m talking 808-type electronic beats, synth-oriented layers, and even brass sections. Whether you feel this works on the record or not is up to you. Of course, the bold move itself is worth noting.

There’s something about post-hardcore and several pop punk songs that I’ve always loved, and that is how they suggest they all could have been conceived as piano or acoustic versions of themselves. In simpler terms, their structures and melodies are so simple that they could be equally effective if performed with a single acoustic guitar at the local park. This appeals to the identity of the genre, and Capstan‘s no exception. In this case, the band leverages this accessibility to withdraw from prog metal the riveting guitar shred to supplement an inherently simple song – “shades of us” can attest to this. All instruments could be replaced by an acoustic guitar, and the vocal line would be even more enhanced. Yet, the instrumental section delivers a solid base worth attaching to; in the end, this is a heavy record we’re discussing. Nonetheless, this seems to pin on to the fact that there is indeed a reason people sometimes prefer acoustic renditions over the original songs – as I do with many of Alice in Chains‘ and Seether‘s tracks.

Looking at this album’s highlights, I can start with “shattered glass”. Its vibe resembles a lot of the previous album’s material. The half-time chorus is beautifully arranged, empowering the song’s connection with the audience through passionate vocal lines. As drum kicks align in unison with chord riffs, another guitar arpeggio completes this section rendering one of the best compositive moments of the record. The rest of the song is a banger. Heavily influenced by prog’s desire to twist things a bit, guitar riffs manage to stay away from stepping on the melody’s protagonism.

My personal favorite is “blurred around the edges”. Not only does it include a brass section, but it is also a well-constructed song all the way through. As the mid-album ballad, this song creates space that is skillfully managed. It’s just a great song with the correct orchestration and arrangement. The lyrics deploy a full pop punk reminiscence as they manifest insecurity issues we can all relate to. Yeah, the lyrics are probably too generic and cheesily teen-oriented. Still, they are catchy and simple enough for you to remember them effortlessly. Most importantly, they sound genuinely convincing, and that’s enough for me. Simplicity here is justified and celebrated.

Finally, the closing track “decline” finds Capstan exploring the heaviest end of what ended up on the record. Since the beginning, their main guitar riffs have shown great influence from modern metal in terms of how they construct them, based on scale patterns and not just chugging. This song pulls off a bit of both. The mid-song breakdown is spectacular. Since the album sounds cleaner overall, it lacks a bit of edge in the harmonic guitar parts, yet th chuggy sections accomplish heaviness as they are expected to.

As for the album’s downsides or sloppy moments, I must comment on “take my breath away // noose”. This is the song that triggered the initial paragraphs of this piece. This is the farthest they’ve ever gotten outside of their base sound, and it makes me a little nervous. The verses are what throws me off immediately. The chorus is okay-ish, pop punk by the numbers. Catchy, of course. As an enthusiast, I always welcome change and musical evolution. The difficulty is that, unlike “blurred around the edges”, I am not entirely sold on this new direction. It feels forced, and I’ve felt that in other pieces of this album. Don’t get me wrong – as it is, it works, but I wasn’t expecting this out of Capstan, and I’m not sure if I want them deepening on this side.

Branching out of genres is a way to stay motivated and musically enriched. In the recent post-hardcore scene, we have seen bands like Svalbard and Holding Absence diverting from what’s traditionally expected and drawing from other musical worlds. Capstan has chosen to incur in the same endeavor, but took a different route. SEPARATE results in a borderline record that, on its own, has a lot to praise. As for the place it occupies in the band’s career, it is the most commercial version as well as the most diverse. Be that as it may, there are a bunch of songs in this album you might want to check. It may become one of the most elaborate entry-level albums of the genre.