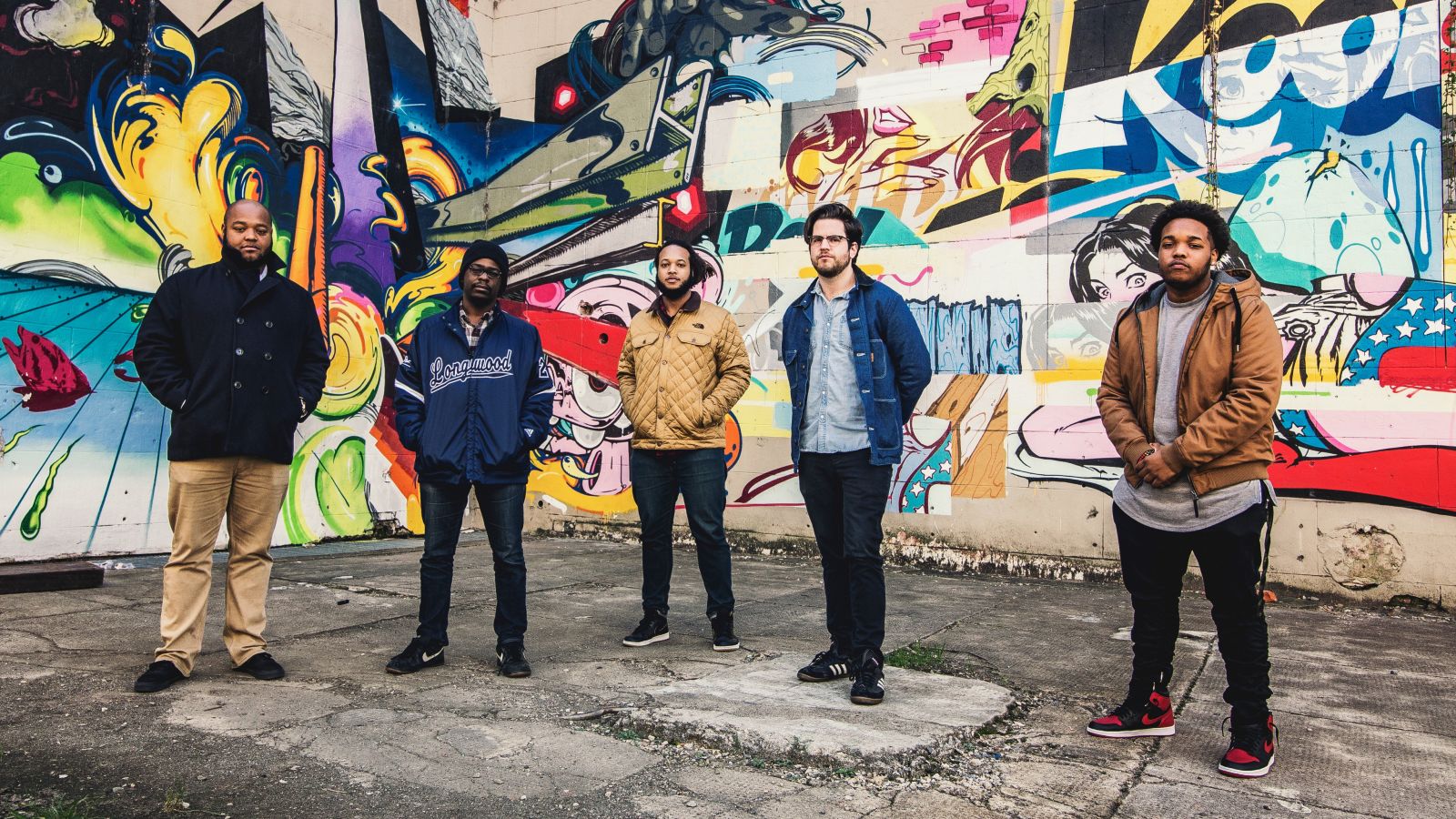 Butcher Brown brings the full funk with their new album #KingButch. The five-piece group stay fresh with each track using a blend of jazz, funk, hip hop, and soul.

Watch out for Richmond, Virginia’s Butcher Brown. The five-man powerhouse brings full funk with their newest thirteen-track album #KingButch. The name alone speaks volumes about this release. Recorded at Jellowstone Records and released through Concord Jazz, #KingButch is their eighth studio album and is definitely their funkiest. Not losing any of their familiar jazz sound, they turn up the funk and make a great album.

Butcher Brown released their debut album All Purpose Music in 2014, which has a similar sound to #KingButch. It is evident that they have matured a lot as a band since then, all finding their place within the group. Their sultry mood is set by bassist Andrew Randazzo, Corey Fonville locks down the groove on the drums, DJ Harrison uses his keys slamming abilities to add some colour, Morgan Burrs tosses some minimalistic guitar on top, and Tennishu brings the unique lyrics and jazzy horn section. Each member contributes greatly to the band, making a very even and well-balanced sound.

Along with a fantastic release, Butcher Brown has also been busy making the new Monday Night Football theme song for the NFL. Taking late Little Richard’s 1956 hit “Rip It Up”, Butcher Brown creates a more modern instrumental to back Little Richard’s vocals. It is super lively, sounds full, and is bursting with energy. The song pays great tribute to the original while still putting their enthusiastic touch on. With the theme song debuting on the Monday prior to their September 18 release of #KingButch. last month was an exciting one for the band.

The album starts with a short intro track called “Fonkadelica”. Building anticipation throughout the forty-seven seconds, it bleeds into the following track, which also happens to be title song, “#KingButch”. These two start the album off strong and give a sense of the energy Butcher Brown brings throughout the rest. The middle of #KingButch is more mellow with tracks “Frontline” and “Love Lock”, breaking away from the strong funk start and returning back to a jazz-oriented sound. Following these, the second last track called “For The City” features rapper Fly Anakin. He brings a youthful sound to the song which fits well on the hip hop track. The album finishes on a longer laid-back song called “IDK” and has a feeling of satisfaction, which fits nicely.

My favourite tracks are “Broad Rock” and “Cabbage (DFC)” because of their funk level and sexy tone. “Broad Rock” has a synth riff that carries throughout the entire song with a punchy wah-wah sounding guitar on top. The percussion on both of these tracks is deep in the pocket and lays a great foundation for the rest of the instrumentation. “Cabbage” features some jazzier soul-influenced bass and has a very ’70s sounding horn section throughout. I would argue that these are the best instrumental tracks on the album, although it’s incredibly hard to choose.

“Hopscotch” is a song worth mentioning specifically for how much sound is crammed into a minute-long track. I absolutely love the chords the guitar is playing in this song and think the tone complements the rest of the track really well. Along with the busy instrumentation, it also has Tennishu quickly rapping throughout. The chaotic nature of the song works well and does not seem too busy, but definitely requires a few listens in order for everything to sink in. It’s placed in between two slower tracks which makes a really smooth album listen from start to finish.

Butcher Brown has many videos on their YouTube channel, many of them live performances of their songs. They include covers of “The Joy Of Painting (Bob Ross Cover)”, Notorious B.I.G.’s “Sky’s The Limit”, and Blackalicious’ “Make You Feel That Way”. Their videos have a cool animation on them that caught my attention immediately. The videos are performed live, but seem like they have been crafted carefully into a music video format. The band has uploaded “Cabbage” from their new album in this style. The video is very amusing to watch and gives a fun feel to the group.

Butcher Brown’s latest release could not have come at a better time considering their exciting news with NFL’s Monday Night Football. This five-piece band is an impressive group that melds genres together effortlessly and ages well with time. They do not disappoint and bring something new to each of their tracks. Get your fill of funk, jazz, hip hop, and soul in Bucher Brown’s #KingButch.