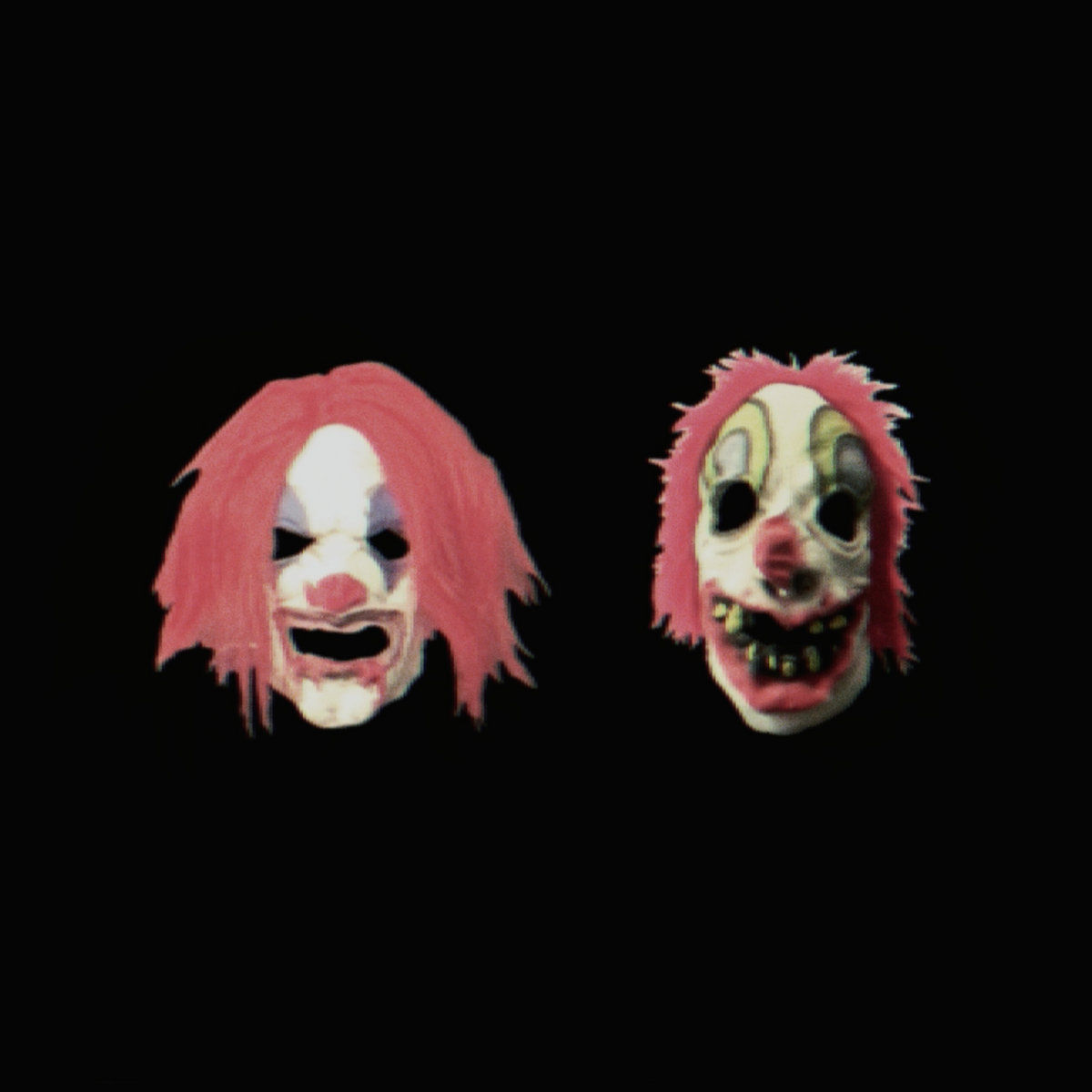 If not for their music, then these clown-faced deviants have grabbed attention with their highly, er, abnormal music videos, which see them taking their avant-garde performances out to glamorous locations such as a public toilet and, most recently, a van. The two musicians also use this opportunity to display their showman skills in offbeat and often unsavoury ways, which include playing certain instruments with their… well, lets just say those particular sections are blurred out in the videos!

Whether you see the funny side or not, it is actually possible to push the visual aspect of Clown Core‘s persona to one side. Underneath, something pretty amazing is going on. It just so happens that the two guys behind the masks have tapped into something incredible with their setup. It’s not exclusively a goofy project for laughs. There is genuine musicianship happening too.

The duo use an uber-basic drum kit, a saxophone, a multitude of keyboards, and – of course – two honk-honk horns which, for lack of a better explanation, are programmed at different frequencies. Clown Core manage to create a distinct, and often heavy, bass-laden opus of nightmarish drum-and-bass. This is then interwoven with elements of grindcore, jazz, and the occasional bit of lounge. It’s all there… sort of. The songs typically last one or two minutes, and at just 17 minutes in total, the experience of Van is swift, but also deep, full-bodied, and wonderfully weird.

This DIY rig means that not only can they take their sounds and recordings to the most versatile of locations, but can also remain true to their identity in the process. Ultimately, if you want the insight, then a peek at those vids are necessary. Failing that, Van is a record you can get fully lost in. It’s a strange, disconcerting soundscape of its own volition, capable of pulling out a surprise at least once every ten seconds. Keywords such as ‘entertaining’, ‘dramatic’ and ‘tense’, are all fully applicable.

You’ll have also worked out by now that elements of comedy are ever-present, albeit of the darker variety. A couple of toots of the clown horns cascading with the occasional belch of death metal growls are a clear indication. One can almost take the song titles and the sounds that substantiate them as a series of gags. After all, we’re dealing with clowns here. The ultimate jest comes in the final song, titled “Infinite Realm of Incomprehensible Suffering” which, without spoiling the surprise, may just warrant a chuckle from the anticipating listener.

There’s a whole host of reasons why you’d find Clown Core unappealing, all of which are just. That said, just remind yourself that it’s possible to take this out-of-context project even further out of context and make it your own. In the form of Van, the two brains behind this endeavour offer you a swift burst into some brilliantly imaginative sounds which genuinely appear to navigate the emotional spectrum: a massively impressive feat in itself. Whilst there is a definite take-it-or-leave it factor to the entire Clown Core movement, one cannot deny that Van, as a display of its own standing, is a unique, inventive, and effortlessly captivating piece of work. That in itself should be appreciated at least.