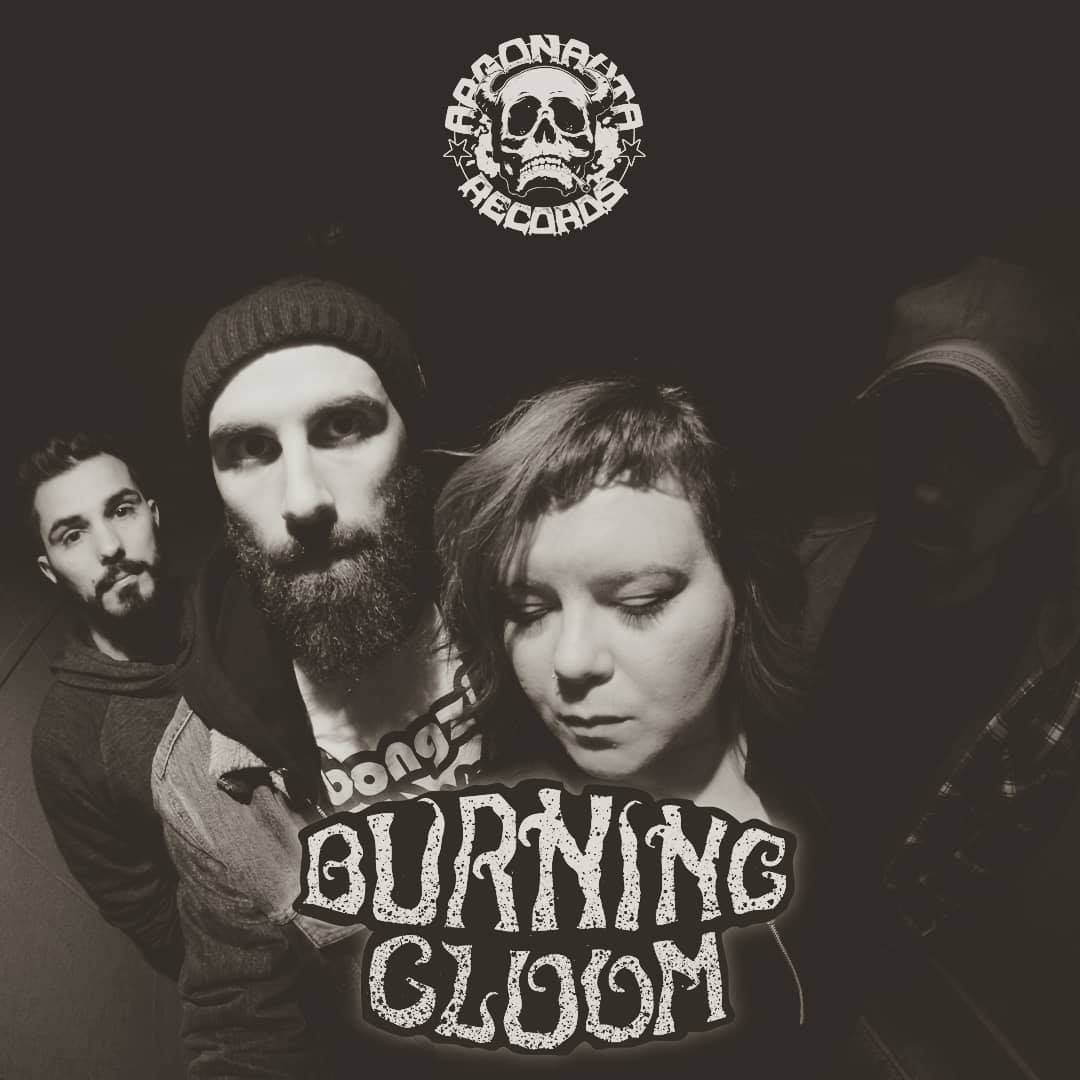 With Amygdala, Burning Gloom showcase an alchemic ability to bolster their strain of doom metal with influences as discordant as turn of the century alternative metal, desert rock, and black metal. The result is one of 2019’s most listenable heavy music releases.

I’ve been on a doom metal kick recently, exploring its dreary soundscapes and moods. The prevalence of experimentation I encountered completely defied my expectations and previous perceptions of the genre. In most albums I listened to there was a melting pot of sounds, the usual suspects being doom, sludge, desert rock, post-metal, and shoegaze. Structured around a core of Sabbath-esque, fuzzed-out, plodding riffage, these bands varied in their ratio of influences, intensity, and tempo. Recently my doom binge exposed me to an unfamiliar band, Burning Gloom, and their new album Amygdala. What followed was a listening experience that consumed me with its exploratory nature… and surprised me with sheer accessibility.

Burning Gloom are an Italian four-piece in the midst of reinvention. Having released two full-lengths under their previous iteration as My Home On Trees, Amygdala marks the beginning of a conscious change. In the band’s own words:

‘Mystic trees and stoner blues didn’t represent us anymore, after the first album we started to look for darker atmospheres and heavier sounds; we decided to not continue with two guitars, but to have just one and we felt closer to doom metal and far enough from any psychedelic rock and blues appeals we had before. A different mood, more melancholic, more and louder screaming voices. All this became the new attitude, closer to doom and sludge metal and quite distant from usual stoner rock.‘

A statement the band arguably delivers on, albeit with interesting digressions and surprises along the way.

Boldly opening with a two-parter – “The Tower I & II” – no time is wasted getting things started. “The Tower I” is a relatively brisk track, clocking in at around two-and-a-half minutes. Fuzzy desert rock riffs gallop with urgency as vocalist Laura Mancini belts husky notes over stop-start grooves, immediately calling to mind the more upbeat stylings of early Alice in Chains. It’s an explosive start, though one that brings little new to the doomy table. “The Tower II”, however, fares considerably better. It cleverly utilizes a motif from its predecessor to much greater effect, wrapping its signature riff in a concoction of menacing shrieked and whispered vocals, bass-heavy rumbling and rolling, and transitions between rock n’ roll groove and venomous chugging. It’s a great track, one that much better showcases what the band has to offer.

It’s track three  – “Eremite” – where Burning Gloom introduces the elements that ultimately distinguish them from their brethren. Grungy vocals intertwine with reverb-heavy, pseudo-surf riffage that’s been slowed down and warped into trippy auditory waterways. These sounds slink upwards with increasing intensity, before crashing down in distorted desert rock percussion. The track then unfolds with an ominous buildup, the bass sitting prominently in the mix only to crash down thunderously again, eventually closing with screeching rage not so far removed in style from black metal. It’s a formula that comes to define the record with similar sonic concoctions showing up again in the tracks “Nightmares”, “Warden”, and epic closer “Obsessive Compulsive Disorder”.

It’s in the mixing of these elements that make Amygdala such a compelling listen. The cocktail of trippy guitar play, subtle Middle-Eastern influences, grunge vocals, desert rock chugging, and occasional lo-fi screaming spring to mind an eclectic group of artists I never conceived of bringing together in the same sentence. “Warden” reminded me of Drowning Pool in its reverb-heavy catchiness, “Nightmares” of Melechesh in its later moments of Arabian-tinged ferocity, and the vocals throughout the record of Alice in Chains and Guano Apes. The unlikeliest of intersections. While the musical references I evoke are rooted in my own tastes and listening experiences – particularly in my unashamed fondness for turn-of-the-century alternative metal – the fact that such comparisons are possible speak to the playful crossover nature on display here. In a competitive scene with numerous talented bands, it’s Burning Gloom’s ability to bring together a variety of elements, match them together cohesively, and appeal to an unlikely cross-section of consumers that makes them shine amongst the crowd.

Where Amygdala falters, if anywhere, is in the execution of its doominess. Absent is the darkness and desolation expected from their description of the album, and of the doom genre in general. There’s too much power, swagger, and brash confidence on display in the vocal delivery and some of the grooves. Moreover, despite the band’s claim to the contrary, the album feels less like a step away from stoner rock towards doom, and more like a broadening of their desert palette. These are minor incongruences, highly subjective and perhaps irrelevant, but they came to mind while listening nonetheless.

Amygdala is an excellent record. It will no doubt appeal to more than just fans of desert rock, doom metal, and other associated genres. The songwriting is dynamic, catchy, and carefully crafted. It’s an immersive experience, though perhaps listeners seeking something darker in their doom will be disappointed. However, with a re-alignment of expectations, I suspect that even those initially disappointed will find something to love on Burning Gloom’s powerful reinvention.