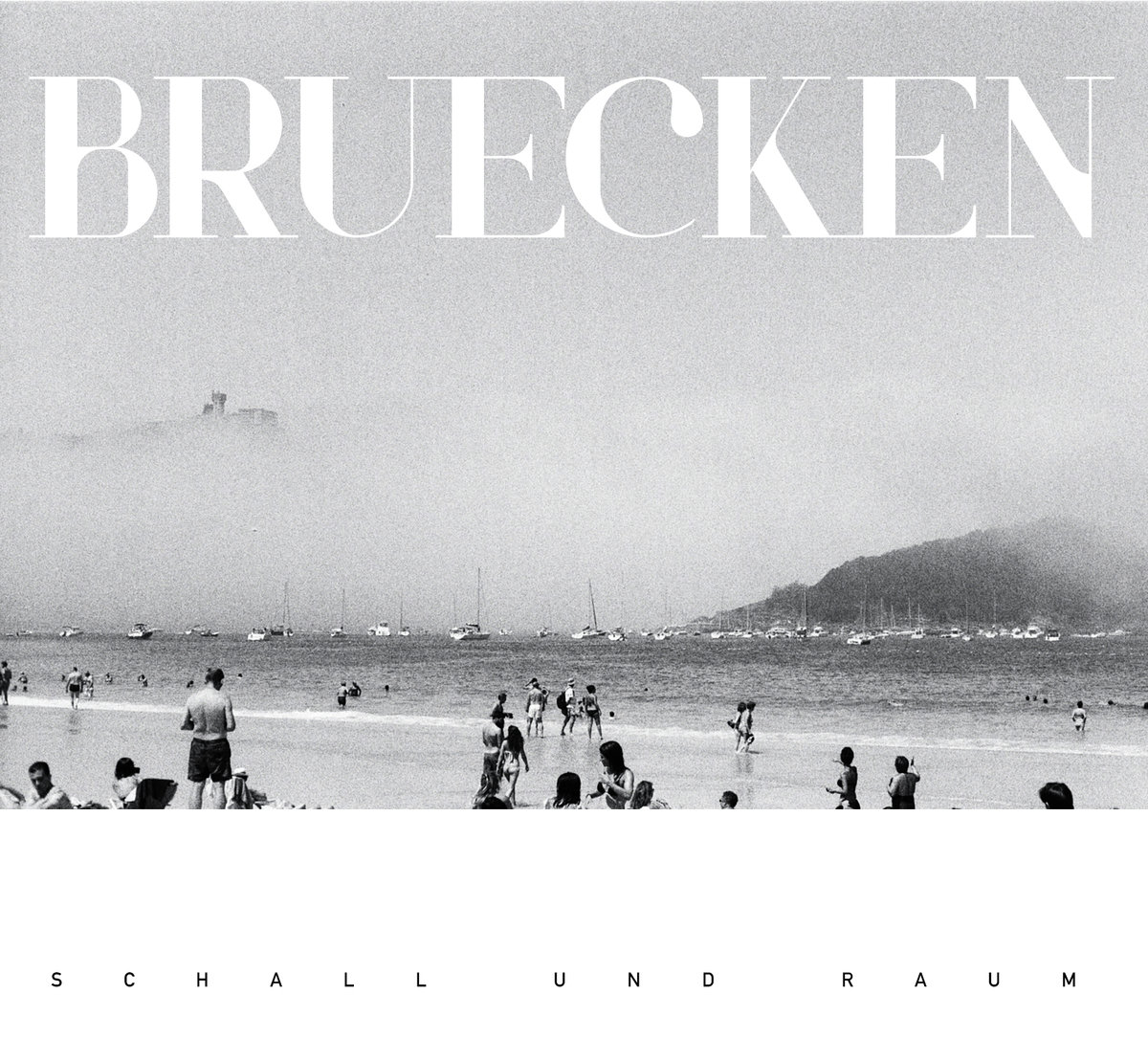 By Robert MiklosJanuary 11, 2020 No Comments

While on the surface it may seem like an ordinary record, Schall und Raum blends some interesting elements together with a slightly atypical approach.

Bruecken (‘bridges’) is a post-rock band from Oldenburg, Germany. They are comprised of Thorge Freidel and David Barteczko on guitars, Jens Niehoff on bass, Florian Alemi behind the drum kit, and last but not least, Claudius Mertins handling the visuals. They are quite a young band too, having been a group for just five years now and are now at their second release. Their newest creation, Schall und Raum, is preceded by an EP that is intuitively titled EP. Bruecken add specifically crafted visuals for their tunes to accompany their performances in order to offer a more immersive experience for their listeners as well as to enhance the atmosphere of their songs.

Schall und Raum (‘sound and room’) may appear to be just another regular post-rock record on the surface, but upon closer inspection it reveals various elements and sensibilities not usually found within the common representatives of the genre. The first most noticeable aspect is how there are occasional forays into shoegaze which add some of that extra dreamy flavor to the songs, especially how transitions to them happen from the softer parts of songs. This touch can be most easily observed near halfway in “loslassen” (‘unleash’/’release’) and “unvollendet” (‘unfinished’).
Another thing that creates disparity between Schall und Raum and most other records in this genre is its very straightforward delivery and approach to unloading the musical package. It doesn’t beat around the bush in any way, it just goes wherever it feels it has to go without any kind of reticence. From this standpoint, it adheres very much to the rock aesthetic as rock came to be in its early days. What catalyzes this style of delivery is a certain lenience towards a hardcore aesthetic, which isn’t necessarily felt throughout the album as an actual element but rather as a mindset. Sure there are some nice rolling grooves and riffs here and there that kind of hearken to this, especially the break in the first quarter of “müssen” (‘must’/’be meant to’), but ultimately it is a thing that hangs heavily in the air and sometimes even in the bass lines.
With all these things strapped onto the post-rock backbone of the record, we receive a fairly unique package which may be short, but it makes sure not to meander. The production value isn’t exactly a flattering affair for the compositions, but it gets the job done so I can’t really complain about it. Emotionally, I wouldn’t call this a very compelling affair, but there are moments that send me outside of wherever I am into wherever the song is happening at, which is more than I can say about a lot of albums within the genre.
Bruecken shows a decent amount of promise as a group. Schall und Raum is a fairly solid album and gives hope that everything crafted here has the opportunity to further bloom if given enough time and resources. In a genre where most artists are focused on doing basically one thing only, Bruecken visibly want to stray from conventions and lead themselves down a path that is theirs alone.