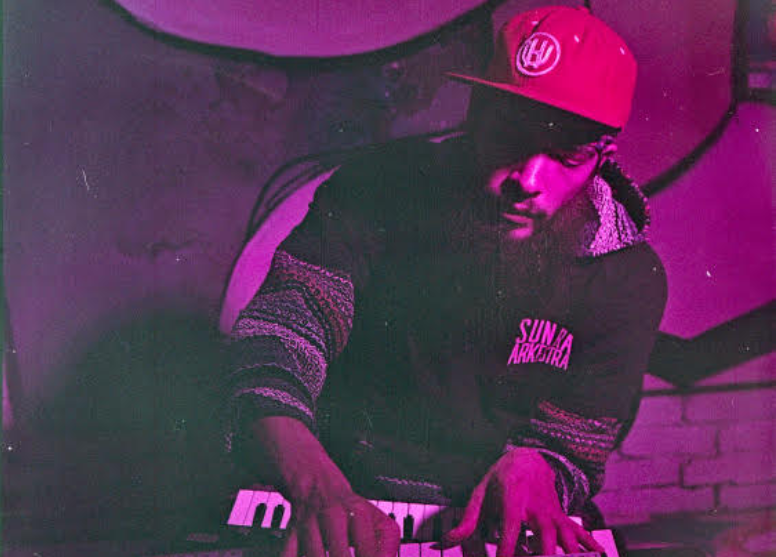 Join Brown Calvin and ride the cosmic waves of smooth, interdimensional jazz-hop on a journey through space and time.

In an extended prelude, “D i m e n s i o n (0-∞)” kickstarts an almost 18 minute sonic journey, carrying the weight of these ethereal harmonic chimes weaving in and out of unconventional rhythmic structures and space-like textures that generate a sort of sonic vacuum, transporting us to a fresh plane of existence. The wholeness of these musical pulsations provides a strange kind of comfort and plenitude as the cosmic waves of harmony and atmosphere are played around with in a number of experimental ways. Then again, so much is happening with the structure of this piece that it’s sometimes difficult to keep up; the bombardment of rhythmic samples spreads itself out around the song, offering numerous musical engagements of jazz, psychedelia, and hip-hop. The influence of plunderphonics is a strong acknowledgment of Brown Calvin here it seems.

The record then proceeds in one continuous stream of transcendent soundscapes and unearthly sampled jazz beats as if its taking you on an interstellar ride into an obscure musical fever dream. The sampled tracks from Burgos’ keyboard offer some fresh melodic undertones to the wavy, intergalactic aural textures whilst these sweeping Afro-Latin percussive rhythms make their way through the cosmic landscape. Never could an instrumental record appear so soft-spoken, yet so occupied with creating a sea of disjointed, beautifully chaotic sonic environments.

Instrumentally, the employment of the synth and keyboard sections naturally flourishes when woven into these sampled audio components on each of the tracks; they all seem to participate in accentuating these hallucinogenic soundscapes further into an unknown planetary realm. The Afro beats also may somewhat indicate the artist’s appreciation of his musical roots from the Africana drumming patterns, which are fused into these jazz-honouring rhythmic patterns that take you to the helm of a tripped-out Miles Davis – Don Cherry crossover.

Although quite unconventional in nature, d i m e n s i o n // p e r s p e c t i v e offers a lot in the way of musical variety, from the psych-infused soundscapes that send you into a feverish cosmic phrenzy; the Afro-Latin rhythmic beats that deliver an earthy and authenticated perspective on each of the tracks; the plentifulness of sampled and found audio tracks that interweave in harmony with each other; and the organic, melodic synth sections that carry you forward into the cosmic sea of sonic bliss. So, whether you’re like me and this is your first time experiencing the otherworldly range of Andre Burgos’ expansive musical palette, or you have already found yourself in this relatively underground and niche world of Brown Calvin, this record does not disappoint in any way, shape, or form.