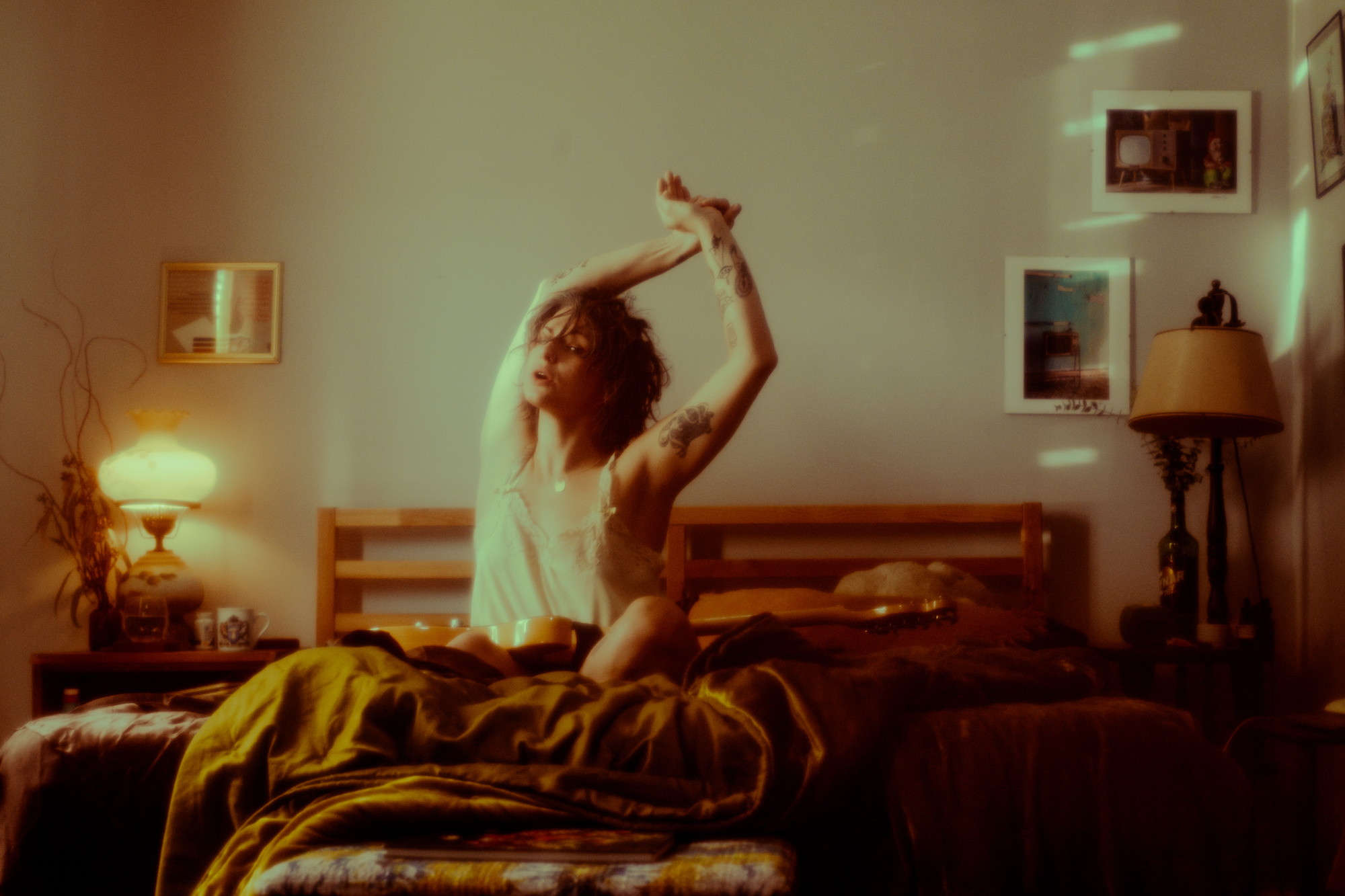 By David RodriguezSeptember 20, 2022 No Comments

It’s a sentiment Atlanta’s SMALL is quite familiar with and, honestly, out of all the COVID-era music writing jags we’ve seen the results of so far, it’s weird to me that sex is somewhat low on the list of song topics. If nothing else, SMALL is a bit more honest and forthcoming than the average band, and processed all of that emotion into “CC”, a song from their upcoming debut album Decathexis which is dropping September 30 via Triphouse Records. We’re happy, blushing even, to premiere “CC” today here for y’all:

Billing themselves as ‘pervy punk for sad fucks‘, the nail’s hit right on the head once the sultry, beckoning lyrics kick in behind gritty garage guitars and drums more organic than a farmer’s market. Not to spoil the song if you just hit play, but it doesn’t let up – there’s an infectious energy to “CC” that does lend itself to punk, but make it passionate. It’s not aggressive like a lot of sex songs can be; upfront, but not aggressive. There’s really an air of tenderness to it, of longing. The title of the song actually references someone singer/guitarist Samm Severin enjoyed during the pandemic:

‘Sometimes relationships only exist in a certain context. This one made more sense in temporary crazy world. Like, “We can hold on to each other till we get to the other side.” I didn’t want to let go—I never do. But it’s something I’m getting better at.’

That’s the kind of candor I appreciate, made all the better because I can relate to it. Becoming involved with people who you never would – or could – be involved with under normal circumstances is a rush, like you’re getting away with something. “CC” is raw and arousing, and not just sexually. It’s capable of bringing up some memories and feelings of good times that got you through bad ones. It almost makes you wanna reconnect with those people you held as special at one time… almost. Also admirable is SMALL‘s mission statement which explains why the band insists on the all-caps name: ‘to explore, elevate and defy the feminine urge to shrink … to explore and expand the gilded cage of the feminine with lyrics about longing, fucking, loving and losing’.

If you’re like me and wanna see SMALL get BIG eventually, run those follows up on the band’s Instagram, and check their Bandcamp out as well as it will surely host future music to potentially add to your sex playlist. Look out for Decathexis on September 30 coming out on Triphouse Records. Tell someone you want them, respectfully.