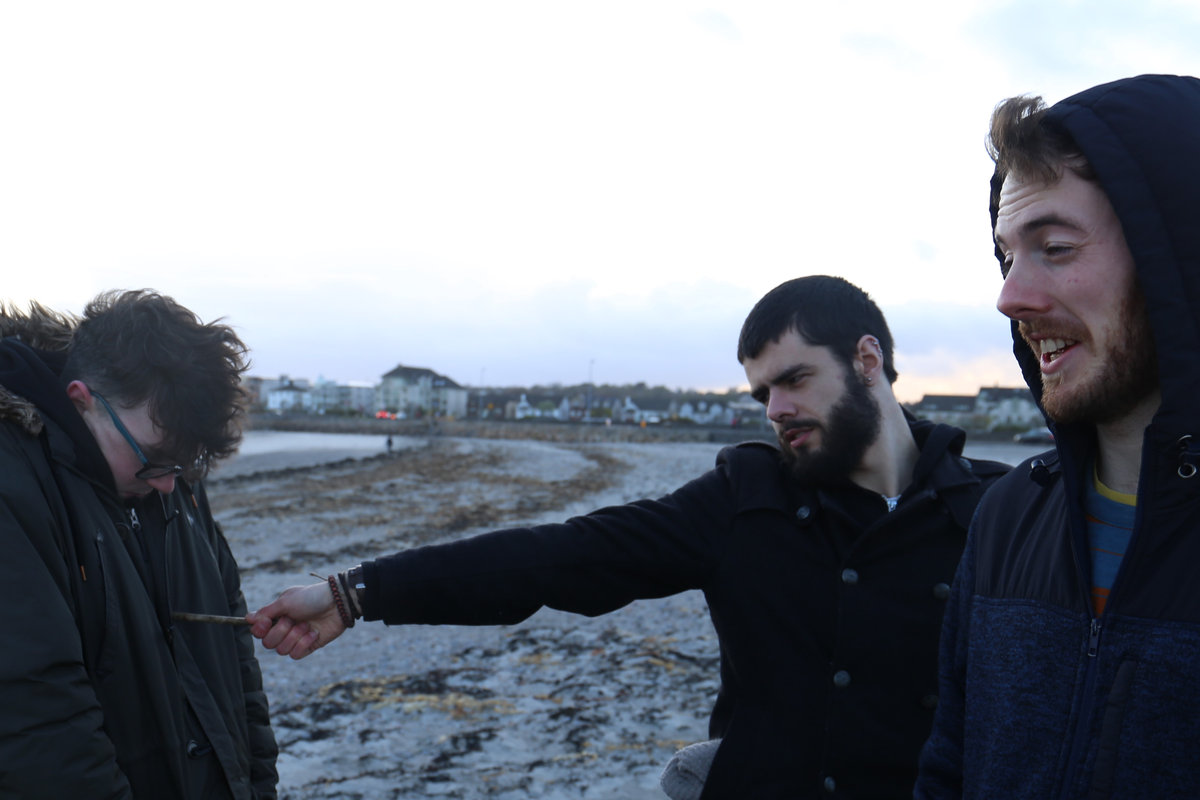 By Robert MiklosFebruary 22, 2020 No Comments

Bokotono is a very promising and engaging piece of work. This little record traverses a great expanse of musical territory with a fitting energy.

Bokotono is an instrumental rock trio from Galway, Ireland, comprised of Ruairí Munnelly on guitar, Eoin Joyce on bass and engineering, and Conor Geraghty behind the drum kit. Bokotono are a young band, having been formed just some three years ago; their first release was the You’re Looking A Little Rough Around The Edges // Somewhere in the Second Season EP, which came out two years ago. I’m not sure whether or not their self-titled follow-up is an EP as well, or if it can indeed be called a full album, but who cares? The tunes are great, and there is no filler material.

Bokotono spans sixteen-and-a-half minutes across four tracks. Yes, that’s quite short, but don’t be daunted by that, since the record packs quite a lot into its small framework. So much so I’d say that there are hour-long records that don’t sound this complete and nuanced. Honestly, if I were to hear this album blindfolded, I couldn’t tell if it was one or more songs. The tracks are very neatly bound, and the transitioning between them is seamless. This organic flow gives it a very nice edge, especially considering how the songs manage to differentiate themselves from one another while maintaining a certain amount of similarities.

“Butcher No Blood” opens up the record with some odd yet sweet-sounding effects that mangle textures up to where the instruments suddenly enter. It also doesn’t really beat around the bush, as the song kicks it into high gear right off the bat. There’s a resounding post-hardcore aesthetic to this energetic bit, which is nicely complemented by the more post-rock-leaning passage that follows. This passage slowly morphs and by the end part of the song we’re in a strong stoner/psychedelic kind of vibe.

“Closed Disco Queen” continues the trip with a very bright and upbeat tonality that hearkens back to the kind of post/math rock that’s well-suited for sunny days. That’s just the first half of it though; just as you get to settle in and bask in the warm comfort of it you’re thrown into a sudden burst of acceleration, which is in turn immediately shifted into a heavy and groovy amalgam of riffs.

“DDR” takes it all forward with a rather ominous intro, which explores texture rather than packed action, offering some welcome contrast. It continues to explore varying textures with something of an epic and expansive feeling that soars progressively across the sky. Then, the song ebbs out just as it began, quietly and ominously, all the while leading the way to our ending piece. The outro merges truly seamlessly with how “The Marionette” takes off: with a sudden and startling burst of raw power, our coda takes off into a groovy and well-paced section. It mellows out only momentarily around half-way, as if starting over. From here on out, what we see is a beautiful crescendo that climaxes majestically only to end rather abruptly. A fitting finale if you ask me!

Bokotono aren’t reinventing fire here, but they sure have plenty of it in their music. The group shows a great deal of promise in the way they mangle genres, reaching a fine balance in the amount of blend between styles as well as how this mix is approached and delivered. A great sense of cohesiveness and consistency stems from how they achieve such dynamics and variety without losing sight of the whole. Go listen to Bokotono now, it’s awesome.