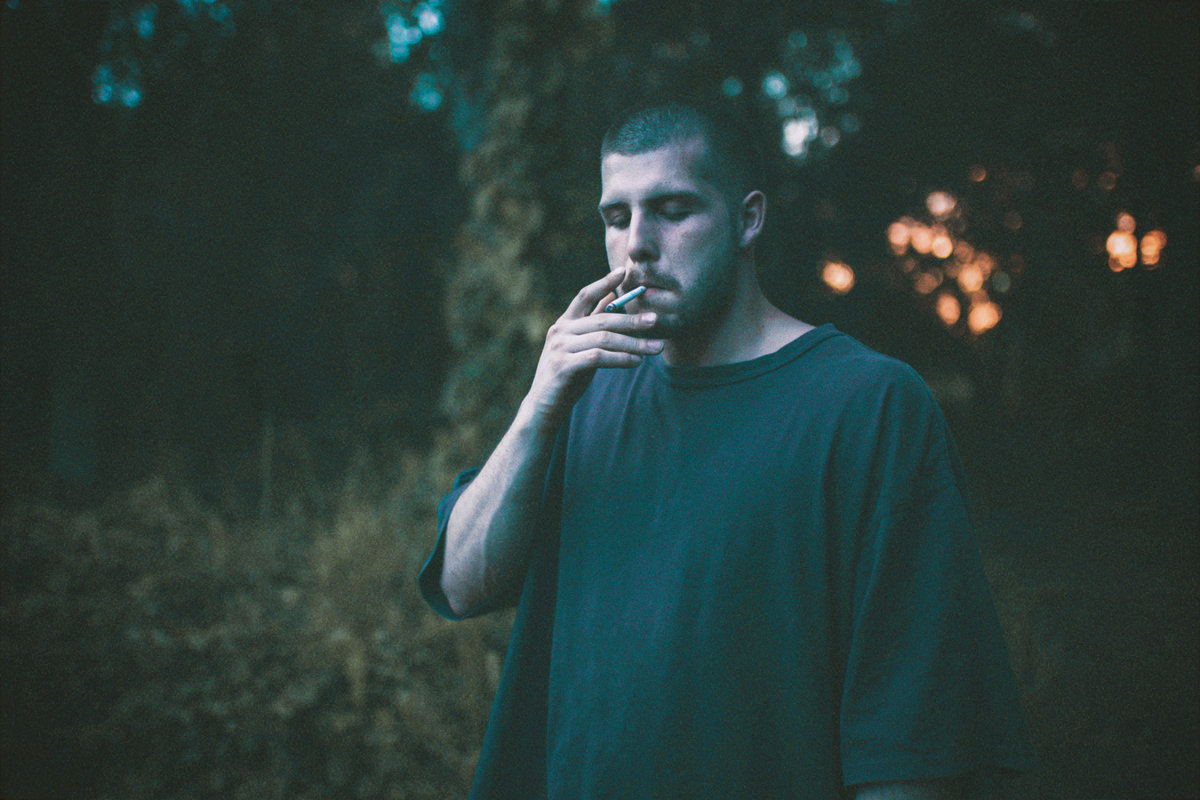 Body In The Water – “Dragged Uphill”

Dragged Uphill is the new experimental record by harsh electronic artist Body In The Water, and his first advance into melding black metal and ambient electronic music.

I sometimes think that some subgenres exist purely to convey a certain mood or aesthetic, instead of being concisely defined. This becomes clearer with some more than others, but one rather good example is black metal. The genre is so diverse and harbors so many different bands; all seemingly with little to no correlation in technique or style. So today I am very fortunate to talk about Body In The Water, an artist I have not previously known, but whose record – Dragged Uphill – made me make this point in the first place.

After listening to the album, I went and listened to their back catalog. Their music was described to me as post-black metal mixed with ambient music; though that’s a simplified description I will try to elaborate. But before we go into the tracks themselves, I would like to take a second to talk about the aforementioned discography. When you look at Body In The Water’s prior releases you’ll see – or rather hear – mostly ambient works interspersed with some harsh electronic noise and some drone for good measure.

Continuing this trend (albeit in a slightly more metal vein), “Left To Languish” is the first track of the record, and a marvelous introduction to what you’re about to hear. “The Visible Decay Of A Loved One“ then goes on to set up a subversion of our expectations based on the first track. Slow, romantic piano chords move at glacial speeds, melting into reverb. The background ambiance, which mostly consists of layered synths, fluidly changes between consonance and dissonance. This creates an intimate but ultimately unsettling atmosphere.

As you delve deeper into this release, you’ll notice that all of these aforementioned elements come together to build a unique foundation for a sort of faux black metal. There are blastbeats, yes, but instead of the in-your-face type of pummeling bass drums, you have the gentle yet consistent pulsation of an 808 drum machine. Guitars are out of the window, and in come synth pads and synth strings to fill large amounts of sonic space. Psychedelic keys melt over the lightly distorted army of synths, while muffled screaming drenched in reverb gives a certain element of despair to the music.

The mix of claustrophobic, blackened electronics, mellower analog songs, and purely ambient pieces is repeated throughout the record, with some songs eventually baring similarities. While there is nothing wrong with these songs per se, I would have liked to see more of a structured progression throughout Dragged Uphill, as the style and atmosphere of the album are immaculate. I hope for Body In The Water to continue this exploration, but perhaps further their structural writing and cohesiveness. A last word of advice to the artist though: it was quite hard finding these tracks online, and even harder tracking down any social media information. Visibility online is a crucial part of marketing a record today, though I understand it is a tedious effort. Hopefully exposure from reviews such as this one enable you to appear more on conventional media online in a way that doesn’t take away from time better spent being creative, if only to make more people aware of your great music.